Why paint a British roundel on a non-British Lynx?

In recent years, some of the Westland Lynx helicopters of the Portuguese Navy have undergone some form of mid-life update (MLU) in order to have their engines and avionics upgraded. Also, allegedly, a few Portuguese naval aviators have undergone training and qualification on these updated Lynx helicopters. Allegedly, such work took place at Leonardo's site in Yeovil, Somerset, England, United Kingdom.

Interestingly, articles on the aforementioned events do display photographs that show a British roundel alongside a Portuguese roundel on Lynx helicopters of the Portuguese Navy. The following photograph shall corroborate my claim. 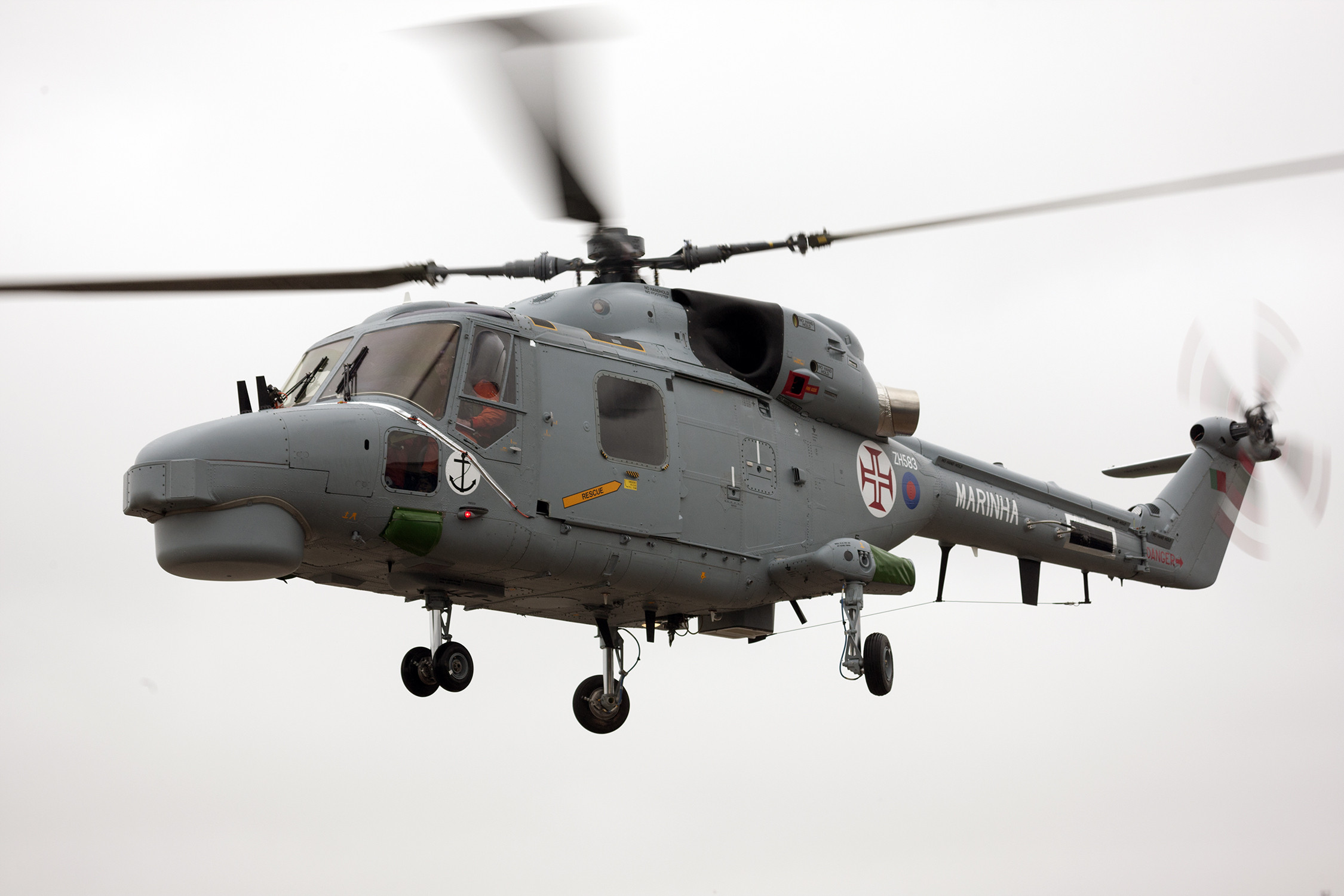 Why would one paint a British roundel on a non-British Lynx?

At the moment, only two hypotheses occur to me:

Best guess; the photos are from the delivery flights in the 90s. The helicopter in the photo has the same registration as when it was first delivered (ZH583) and has not been active since.

Update: Although I'm having problems finding an authoritative source, it looks like the registration was resurrected for test flights post-upgrade. Mark Youd has taken a few photos of ZH583 recently(flickr), it was listed in the April update from a site called "Military Aircraft Markings" and looking at various planespotter forums and various flight tracking sites(1)(2) you can find multiple reports of flights being undertaken using the original ZH583 registration.

The roundel and registration is temporary and easy to remove, but was required for the test flights in the 90s as well as prior to delivery post-upgrade. Looking at other photos you'll see the Portuguese registration on the tail; on your photo this area appears to be covered up to avoid having an aircraft with two different visible registrations during test flights.

As for your hypothesis; the second is totally off target. There are loads of barriers in place to avoid having any situation involving a trigger-happy fighter pilot, such as predefined rules of engagement and procedures civilian and military control centers follow.

My guess is that the first one is closer to the truth; although I haven't found a source for it, I can imagine that it would be easier for the factory and the test pilots undertaking the upgrade and test flights to schedule and log flights using the UK registrations.

Not the answer you're looking for? Browse other questions tagged military helicopter uk aircraft-marking or ask your own question.

17
Why is there an ETOPS marking on the nosewheel door?
3
What is in 'stealth paint' to absorb radar, and how does it work?
12
Did British aircraft fly at a specific speed while returning from missions during WWII?
10
What is the meaning of the letters on the side(s) of WWII British aircraft?
4
What is the difference in VTOL technology between British Aerospace Harrier II and F-35B?
4
What is this British bomber?
11
Why was the Vulcan bomber used for the Falklands raid?
11
Why is the angle of the horizontal stabilizer marked on the fuselage?