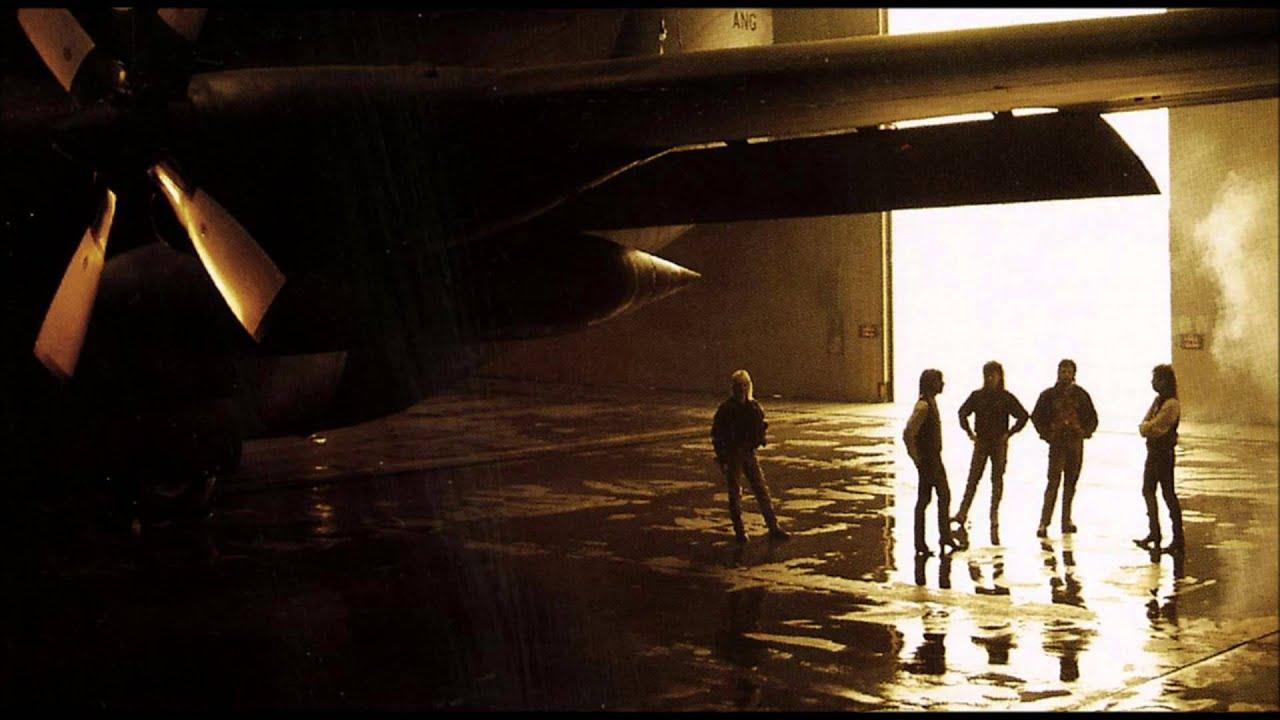 Was listening to one of Petra's old songs, when I noted the aircraft in the cover image. I tried searching on the net, but couldn't find anything.

It appears to be a pusher aircraft, with a four blade propeller.. that's all I could gather from the image. There are markings "ANG" (?) but I do not know how helpful that is.

This is from Petra's album titled "Beyond Belief".

It is a C-130 Hercules. Of the four engines , the only feature prominently visible is the outboard left propeller.

I'm not sure why you thought it might have a "pusher" configuration-- the nose is to the left (off the edge of the photo), and vertical tail (with the "ANG" logo) is showing near the center of the photo.

Other prominent features are the flap attached to the trailing-edge of the (left) wing, and the (lit-up) back end of the fuel tank attached below the left wing between the two engines on that wing.