Is there a best number of wheels per bogie?

I understand the need of having more wheels when the aircraft is designed to be heavier. The number of wheels per bogie and the number of bogies differ from an aircraft to another. For example, there are some main landing gear compositions (from the lightest to the heaviest aircraft):

The answer depends on who you ask. The structural engineer would prefer a single wheel, and as few legs as possible, while the aerodynamicist would vote for 8 or 12 wheels, because then the bogie has less frontal area and can be accommodated even in thin wings.

Generally, less than two wheels would compromise redundancy, and more are needed to reduce local ground pressure. Remember that the A-300B was initially not allowed on some US airports because of a slightly higher ground pressure. See this answer for more.

Modern designs use two wheels per strut for redundancy when the aircraft is light enough and replace them with a bogie with as many wheels as necessary to carry higher aircraft masses. The A-340-200 has gained a central strut with two wheels (A-340-200/300) rsp. a 4-wheel bogie (A-340-500/600), while the equally large, but lighter A-330 uses just the two 4-wheel main gears without the central gear. Airbus could have used two six-wheel bogies, but preferred to keep commonality with the A-330 gear.

More than 6 wheels per bogie is very unusual, but there are exceptions: Since the Tu-144 had no thrust reversers, all braking had to be done by the wheel brakes. Additionally, the bogies needed to fit between the intake ducts inside the nacelles, so the final design used 8 wheels with the large housings of the disc brakes sticking out towards the center of the bogie. As @Zeus points out in the comments, these were more precisely 4 dual-tire wheels per bogie: The two tires on each side were mechanically linked. 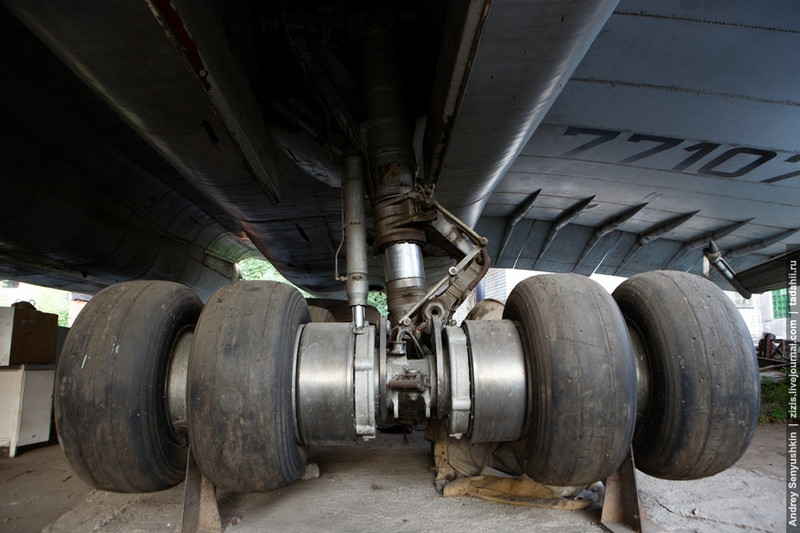 Tupolev Tu-144 landing gear (picture source). This particular aircraft is parked in the back yard of the Aviation Institute in Kazan. If you want to know how this 8-wheeled monster would fit inside a supersonic airliner, read the answers to this question. 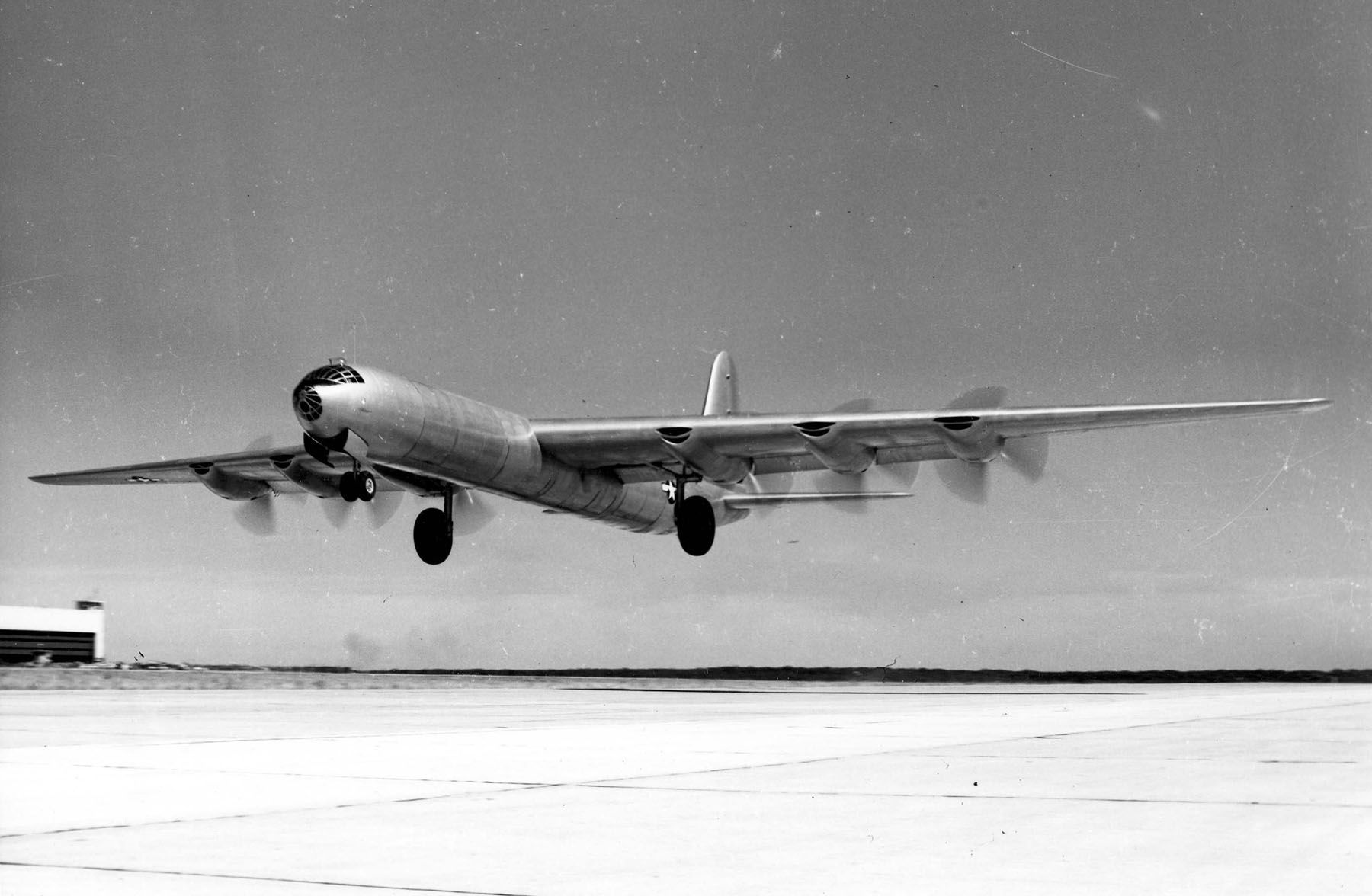 Convair experimented with different tire sizes for the B-36 and even a tracked version. The initial single wheel design resulted in the biggest aircraft tire ever produced, but in the end the conventional (but novel at this time) 4-wheel bogie was preferred because the single wheel had too much ground pressure for most US airbases. Earlier airplanes had used 2-wheel bogies (Tupolev TB-3, Junkers G-38) or a pair of wheels left and right of the strut (Douglas DC-4). Very early large aircraft had to use what was available, so the Caproni 42 bomber of 1918 below had as many main wheels as the TU-144 half a century later (picture source). The Zeppelin Staaken giant aircraft of WW I used the same number of main wheels on a single axle for soft field operations. 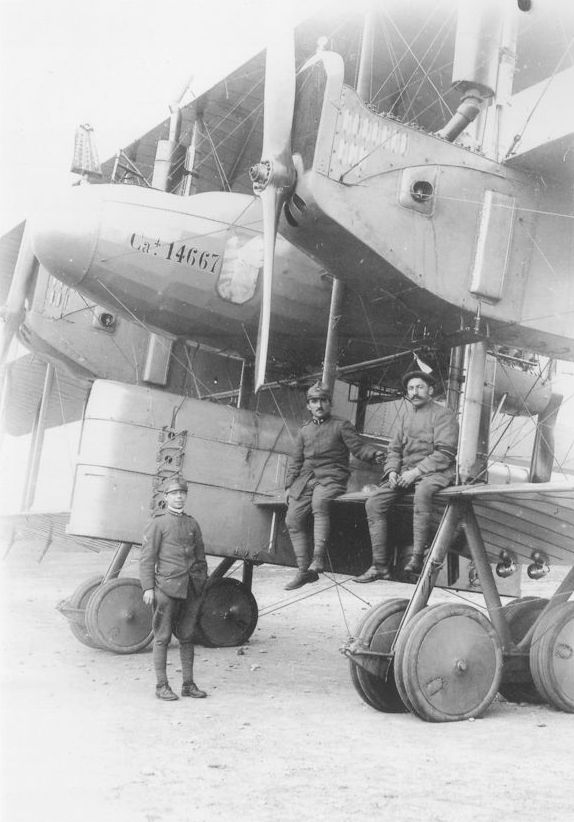 When Air India ordered their first A320s, they were afraid the main wheel pressure would be too much for some Indian airfields. Airbus produced a version with a four-wheel bogie instead of the usual two-wheel main gear of the regular A320. When they later ordered the A321, India seemed to have improved their airfields, because the newer planes use the regular two-wheel gear which is mechanically simpler and needs less maintenance. 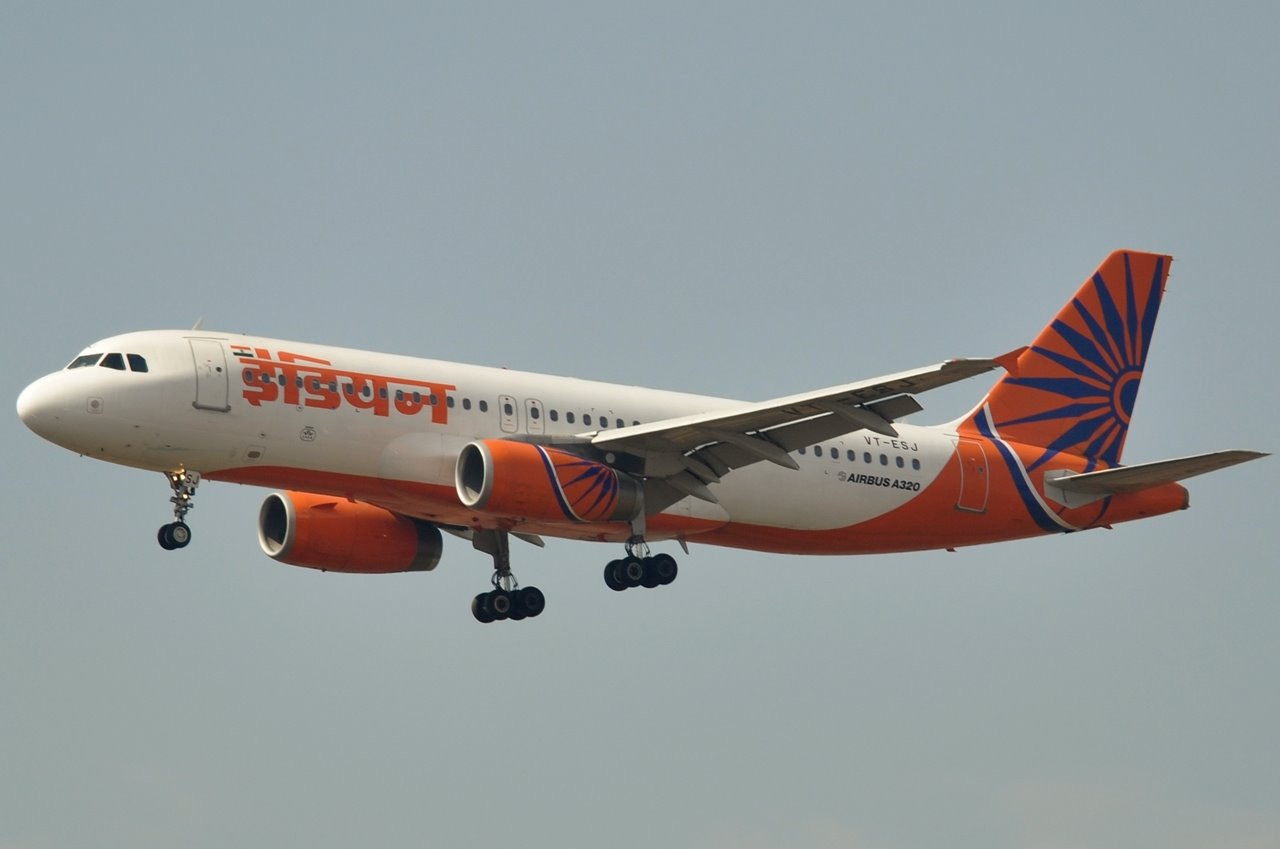 The problem is not one of the bogie itself; a bogie could also take 10 wheels or more (An-225). But the superstructure of the aircraft has to withstand the forces expected during landing; and of course the landing gear should be retractable into the body for fuel efficiency and speed. Depending on these constraints (and possibly more, like re-usability over a plane family), aircraft designers have to select appropriate bogie configuration accordingly. Depending on the priorization of the constraints and depending on how the plane evolved from is predecessors, different aircraft designers could come up with different conclusions/solutions even for the same airplane, let alone different airplanes with different superstructures.

There is no "best" overall, eternal, number. Any question asking for a mythical "best" anything can't ever come up with a specific answer as none exists.

32
Can jet airplanes operate on 'rough' airfields?
46
How can the landing gear fit in the small room in the engine bay on the Tupolev Tu-144?
17
How do landing gear retracting into the wing affect performance when deployed?
7
Why aren't there any single turbofan airliner?
10
How can the Antonov AN 225 only have 2 nose wheels?
5
Are tracked landing gear systems still in use and development?

28
Why tap the brakes on take-off in fixed gear aircraft?
38
Why don't modern aircraft have landing gear that can swivel to compensate for crosswinds?
19
How heavy is too heavy to land on a grass strip?
49
What is the purpose of the extra wheel on the XB-70 main gear?
5
What defines a landing gear bogie?
6
What is the maximum weight on the main gear of a large aircraft at rotation and touchdown?
6
Do the landing gear modules rotate?
6
What are the issues involved in converting a quadjet into a twinjet?
12
Does Nitrogen inside commercial airliner wheels prevent blowouts on touchdown?
28
Why did the space shuttle use bias-ply tyres instead of radials?