Is it safe to use a propeller plane to fly commercially over the Tibetan Plateau?

I saw this youtube video today: Flying over Mt Everest. A lovely view of stunning nature - quite spectacular. However, I looked up the plane - or at least what I think is the plane - and found that it might be a propeller plane: 9N-AHV (I saw this registration number in the video).

The plane appears to be a BAe Jetstream 41 - check that link for details - it is Wikipedia.

So it sounds like an engine failure for this plane type means that it can not descend to the acceptable service ceiling? The service ceiling is the maximum usable altitude of an aircraft.

I am not a pilot, but I hear it is rare to fly over Himalaya / Mount Everest / Tibet because planes can't go low enough for passengers to breathe without oxygen if there is an emergency? If they lose an engine they have to descend I read. There is also a lot of turbulence. Why Planes Don't Fly Over Himalayas.

Airports: Lhasa and Kathmandu - short runways - not many places for emergency landings due to medical emergencies and such. And they wrote "the place is desolate with little people around". That sounds a bit funny seeing as the area is situated between China and India :-). Remote it is though. And China has 94% of its population in the eastern part of the country (towards the sea).

The video starts with Mt Everest straight ahead while in a left turn. And based on the video description, the flight took off from Kathmandu. The Nepalese AIP depicts this Mountain Flight Route, shown in red below, and the turn we see is the video would be the turn going back to Kathmandu. 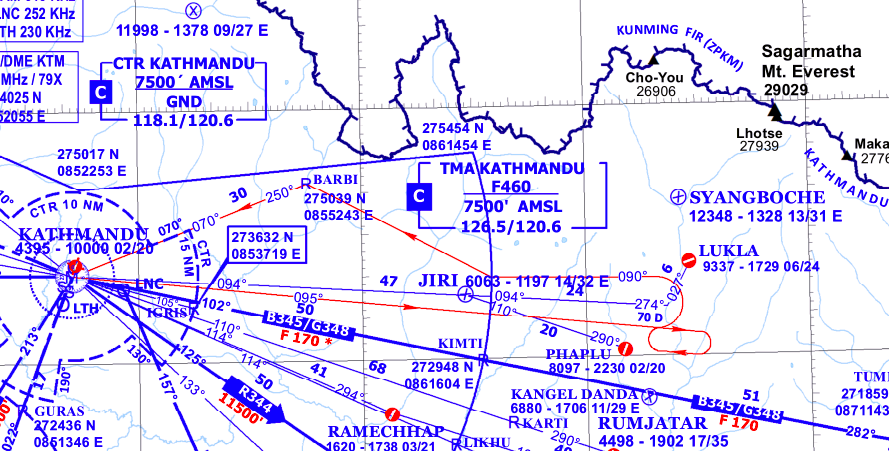 Note that the Tibetan Plateau is north of the Himalayan range. If something goes wrong, a safe altitude less than the Jetstream's 15,000 feet limitation is within reach to the south or on the way back to Kathmandu: 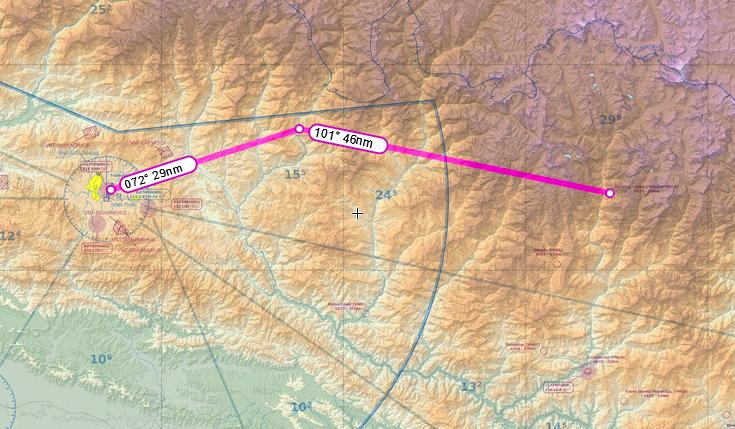 Not the answer you're looking for? Browse other questions tagged safety engine-failure turboprop mountain-flying or ask your own question.

19
How high can propeller airplanes fly?

20
How can pilots fly VFR over-the-top in overcast conditions?
8
How to reasonably determine minimum safe altitudes over city? (fixed wing)
4
Why does Turkish airlines still fly over Iraq, is it safe?
7
Was the safe landing of Southwest flight 1380 extraordinary or expected?
22
Tail Wing Dented—Is it safe to fly?
20
What makes it safe for the DC-8 to use reverse thrust in flight?
18
91 year old father allowed to fly a plane again?
31
Is it safe to carry bear spray on a GA plane?
17
Are there any gliders that can fly over the Himalayas?