What's the starting envelope of APU? 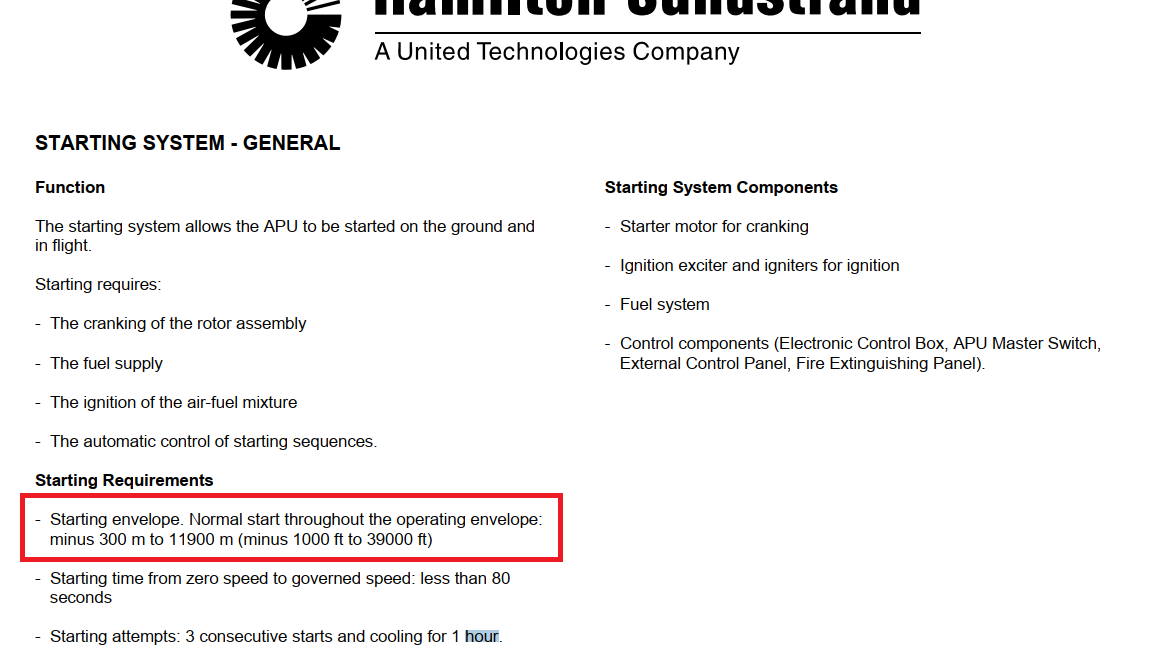 What's the starting envelope of APU?

Here is an APU operation and restart envelope of an Airbus A320: 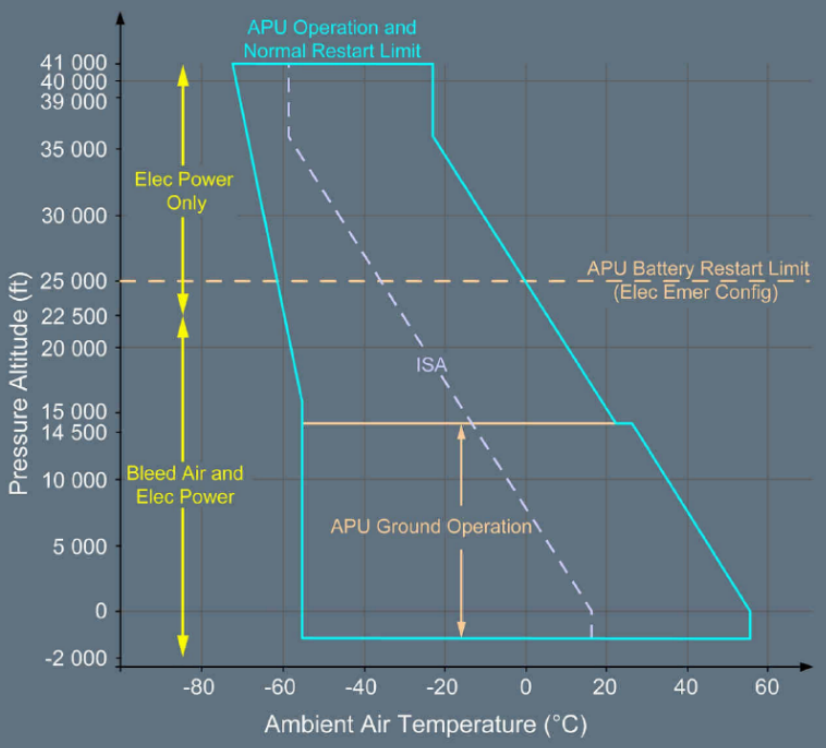 The cyan range is the operation and restart envelope (as a function of altitude and temperature). This APU model can only be used for bleed air and electrical power up to 22,500 ft altitude. Above, it can only provide electrical power. It also says that the battery is capable of starting the APU below 25,000 ft.

At too high an altitude, the starter motor cannot spin the APU fast enough at light off to prevent thermal damage (insufficient airflow due to low air density, due to altitude); there will come a point at which insufficient cooling airflow is available internally during the start process, during bleed air use, or for cooling of the APU generator, each of which may have different altitudes (start, electrical use, bleed use).

During the start process, the APU may experience a hot start, or failure to light off due to insufficient airflow.

Not the answer you're looking for? Browse other questions tagged apu or ask your own question.

12
Where does the APU draw its intake air?
20
In what conditions is the APU used in midair?
5
What type of engine/motor is used in aircraft APU?
16
Can the APU provide emergency thrust?
8
What is the fuel source for the APU on a B737?
4
What does the PBY Catalina's APU look like?
2
Why we need 1 hour for cooling after 3 consecutive attempts for starting the APU?