What is this plane from WWII (probably French or Allied forces)?

Picture should have been taken after or during the end of World War II, probably close to Marrakech French base (but that is not sure). Can anyone tell us what these planes are? My grand father could be one of the pilots and I would like to find information on him. 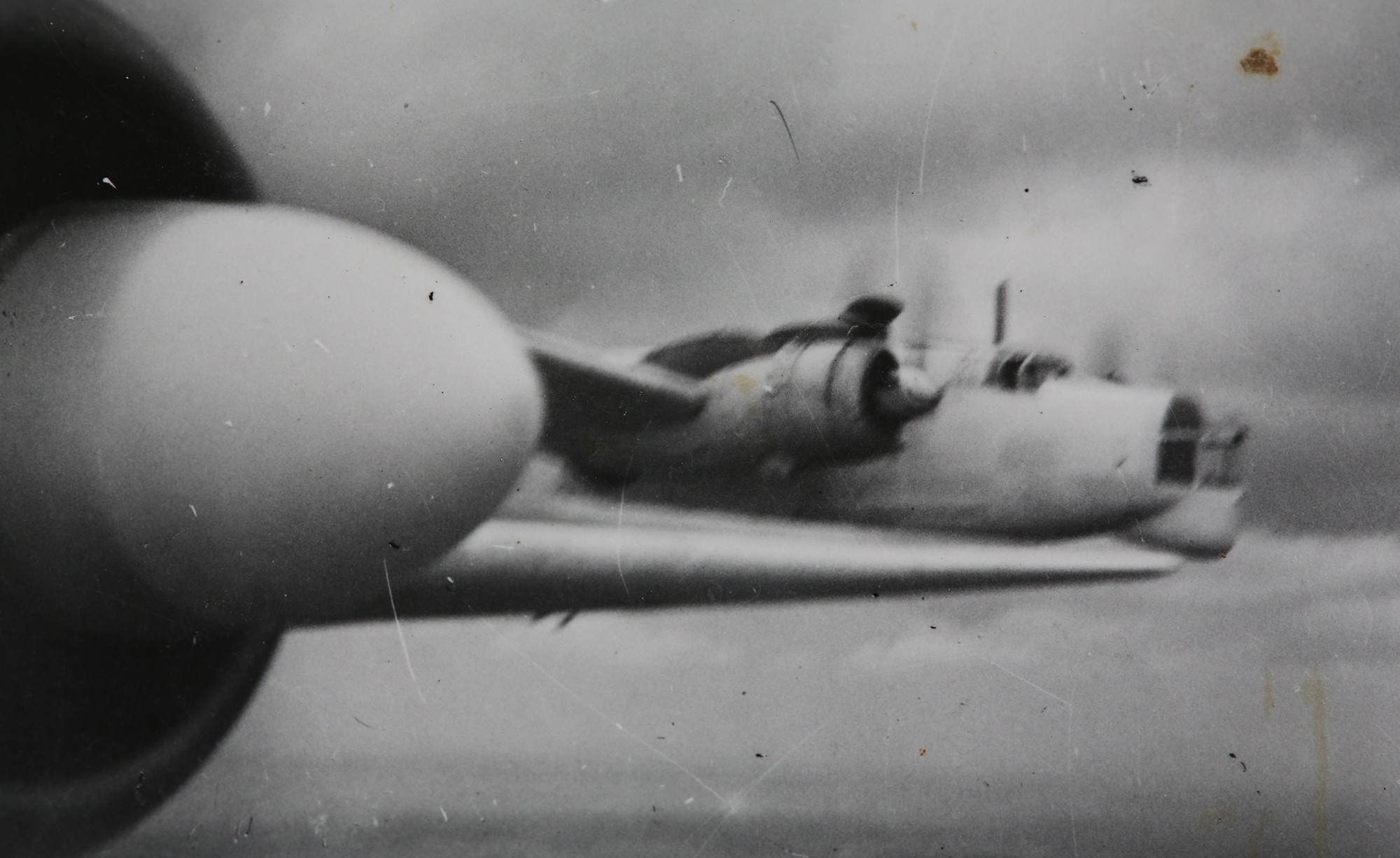 It's an RAF Coastal Command Vickers Wellington, a maritime patrol variant, with a chin radome for its search radar and the nose turret removed and just greenhouse for observing. The dark projection on top just above the cowling is a fairing for a Direction Finding loop antenna on the fuselage. The dark shapes farther back are just dark painted areas. Here's a shot of a similar one:

If you're sure the picture was taken near Morocco, it was probably doing sub hunting in the Mediterranean and nearby Atlantic. Likely with 179 Squadron, based at Gibraltar.

Not the answer you're looking for? Browse other questions tagged aircraft-identification wwii or ask your own question.

8
What kind of WWII aircaft is this?
2
What is this plane spotted from Outer Banks, NC?
3
What plane was this hotel room converted from?
10
What is this WWII four-engine plane on skis?
21
What plane is this instrument panel from?
8
What is this "Supersonic French" aircraft?
24
Did LeMay actually require crews to remove their guns on B-29s?
6
Did the jet stream really stop the B-29, or was it just bad luck?
10
Did WWII fighters do a roll before engaging to identify themselves to radar operators?
19
Identifying WWII reconnaissance plane wing