What effect does a direct crosswind have on takeoff performance?

Is the take-off distance increased by a direct crosswind? 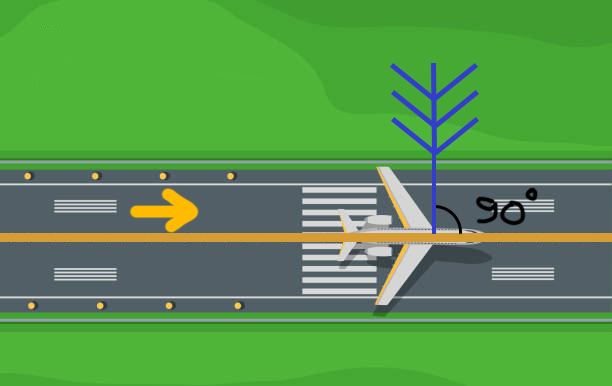 The effects of a constant crosswind up to the demonstrated value are insignificant (at least for airliners), as ymb1's answer already says. I checked some Boeing FCOMs and crosswind is never mentioned for takeoff performance calculation. It can therefore not have a significant impact. Boeing recommends this technique:

Any deviation from the centerline during thrust application should be countered with immediate smooth and positive control inputs. Smooth rudder control inputs combined with small control wheel inputs result in a normal takeoff with no overcontrolling. [...]

A gusty crosswind may however require larger control wheel inputs, which result in spoiler deployment. This will impact takeoff performance. Boeing therefore recommends to use more than the minimum required thrust in these situations:

For takeoff in gusty or strong crosswind conditions, use of a higher thrust setting than the minimum required is recommended. When the prevailing wind is at or near 90° to the runway, the possibility of wind shifts resulting in gusty tailwind components during rotation or liftoff increases. During this condition, consider the use of thrust settings close to or at maximum takeoff thrust.

Only the head- or tailwind component affects the takeoff performance:

The crosswind component does not affect takeoff performance. Nevertheless, it is necessary to demonstrate the safety of takeoff and landing procedures up to 25 knots of crosswind. The maximum demonstrated value must be published in the Aircraft Flight Manual.

— Airbus Flight Operations. "Getting to grips with Aircraft Performance." (2002).

To the downvoters and commentators, if you have a measurable effect, published in manuals, do post an answer.

To analyze the impact of a crosswind takeoff on performance, it is necessary to break down the effects on each phase of the maneuver. For simplicity, let's examine a single engine trainer type aircraft, and see where the crosswind impacts takeoff performance.

At the start of the takeoff roll, with a crosswind, full deflection of aileron is made into the wind. This presents increased drag because both the left and right aileron are in a high deflection position. Of course, at the initial takeoff roll, the drag is minimized because of the low airspeed. As air speed increases, the deflection is reduced, which will have a limiting effect on the aileron drag, but that drag is still present, measurable and duplicatable. Additionally, while rudder is used to maintain directional control, and counteract asymmetrical propeller trust, it is also being used to effectively maintain an aerodynamic slip while on the ground. Slips create increased drag, and slightly more power is consumed by the slip, being a combination of aileron input, rudder input and side forces on the fuselage.

After the plane departs the runway, the slip can transition to a crab, and the power losses associated with a slip disappear, as the aircraft is now in coordinated flight.

The impact on a crosswind takeoff, assuming the above technique, is on the takeoff roll, where the aircraft is in a slip. The longer takeoff roll will increase the amount of runway used for the roll. However, the climb out performance will not be affected adversely by the crosswind. In fact the aggregate wind vector on the aircraft will be influenced by the crosswind, and may result in a higher "head wind" vector which would reduce the distance to clear an obstacle, or to get to altitude.

A simple summary would be the crosswind takeoff adversely impacts the runway roll, and the initial climb to clear a near obstacle such as power lines at the end of the runway. However, the distance to climb to altitude may be reduced by some small amount. Climb rates are affected by power and once the power lost by the slip during the ground roll is regained, the aircraft will perform normally.

Both of these effects are readily model-able. Effects will of course be greater on slower aircraft, such as motogliders and trainers. The effects will be lost in the noise (no pun intended) on high performance aircraft such as fighter jets.

Not the answer you're looking for? Browse other questions tagged aircraft-performance takeoff crosswind or ask your own question.

8
Why are only two of the five water-facing runway ends at KBOS equipped with EMAS beds?

8
Does acceleration increase linearly on a takeoff roll?
4
What is the maximum crosswind component for large airliners?
14
A321 Two unsuccessful strong crosswind landing attempts. What was actually going on?
6
What happens if you take off with a direct tailwind?
2
Could a 30 knot direct crosswind make a Learjet roll over 90 degrees?
5
What effect does wing loading (high and low) have on aircraft performance?
1
Why would larger aircraft have higher crosswind takeoff and landing limits than smaller aircraft?
5
Is there a crosswind that would perfectly cancel out the "torque" of a C172 on takeoff?
7
What is "alternate takeoff" in this PT6A performance table?
5
What does a pilot do when there is crosswind?