How can the A320 receive 3 DME signals if it has only 2 DME receivers?

How can the A320 receive simultaneously 3 DME signals (VOR1 + VOR2 + ILS) if it has only 2 DME receivers (and antennas)?

Does it multiplex them in some way? If yes, does it mean if one DME receiver fails I can still get simultaneously 3 DME values? 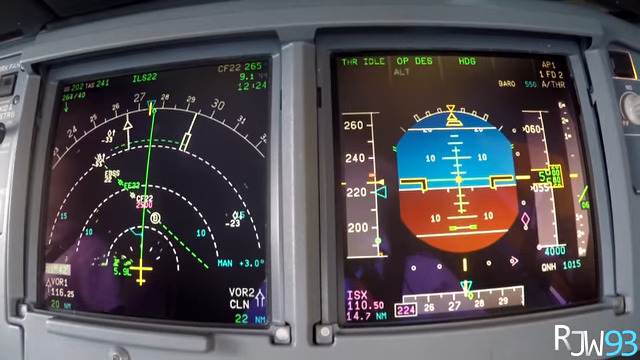 Mighty interesting! There is a clue in the FCOM:

Note my bold emphasis above. Similarly for the A380, in clearer language:

In normal operation, each FMS can tune four DME s at the same time. (...)

The patent for this scanning-type DME was filed in 1982:

(...) a scanning type DME unit which is rapidly sequenced to interrogate said multiple ground stations successively and determine distance thereto for all stations within range, and a computer to validate and process these distance measurements in sequence to provide an accurate computation and display of aircraft position and wind information. [emphasis mine]

Regarding the failure scenario, each FMGC can tune both its interrogator, and the other interrogator if the other FMGC failed.[1] Each FMGC is still limited to four frequencies though. So, if one DME fails (antenna or its interrogator), you'll have two frequencies which you can control (one for display, and one for ILS), and two the FMGC will use for DME/DME position, but you can't have two different DMEs for display.

3
How does increasing the rate of pulse pairs in DME 'search' mode help?

0
How can I go from a CPL to an A320 Rating?
5
How does Pack Flow work on the A320?
2
How can I find which engines are used on the different A320 weight variants?
5
How much unusable fuel is in the A320?
4
Why don't aircraft have DME that can automatically convert the slant range to ground range?
5
Why do the A320’s primary flight controls have hydromechanical backups only for the rudder?
8
How can the fuel decrease evenly from both wing tanks when an A320 is running on APU only?
3
How does increasing the rate of pulse pairs in DME 'search' mode help?