Helicopters need a tail rotor to balance the torque reaction that tends to rotate the main body sideways. Doesnt a single-engine plane suffer the same problem? I would imagine that (for example) the left wing would dip lower than the right due to the torque. How is it countered?

A single engine plane can suffer from control problems due to torque.

An early famous example was the Sopwith Camel

As others have pointed out, torque effects have to be countered using the normal aerodynamic controls available to the pilot. Some aircraft had extra-large ailerons because of this issue. 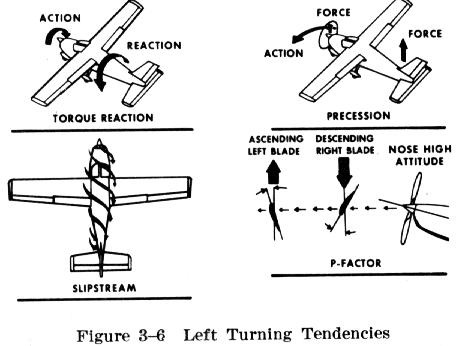 In contrast to what happens in helicopters, the static and dynamic stability will prevent big movements of propeller aircraft due to engine and propeller torque. The biggest consequence, the rolling moment, is taken care of by roll damping. When the propeller torque rolls the aircraft, the downwards-moving wing will see a higher, and the upwards-moving wing a lower angle of attack. Both wings will create a rolling moment which will quickly stop the rolling motion. All the pilot has to do is to restore the correct roll attitude using the ailerons.

The lift difference of the rolling aircraft also creates different drag on the left and right wings, so a small yawing moment will turn the aircraft slightly sideways when the rolling starts. This has to be corrected by rudder input.

If we look at other secondary effects, the yawing motion will cause a slight pitch change by way of engine and propeller precession. This also will be stopped quickly by pitch damping (the pitch movement changes the angle of attack on the horizontal tail surfaces), and the pilot needs to correct the pitch attitude again.

In consequence, changing RPM will induce slight movements around all three axes in a single-engined propeller airplane.

It is countered by the natural stability and the roll control provided by the ailerons. If you have insufficient airspeed for roll control then you will be on the ground and your gear will prevent excessive rolling.

Torque delivered to the propeller of a fixed-wing aircraft is opposed either through the ground (when stationary, taxiing or on take-off roll), or by the wings (with minor roll trim or control input) when in flight. As explained in the other answers, propeller torque does induce certain effects, but they are of much less significance than that of a helicopter main rotor, and are dealt with by trim and pilot awareness/handling.

Also on aircraft with the largest engines, the torque could make one wing lower than the other during the take off run. You also have the problem going around to be very careful with both throttle and rudder because these effects are more pronounced at lower airspeeds where airflow is less.

An aeroplane with a nosewheel is generally more stable on the ground (due to the CG being ahead of the main wheels rather than behind), so these effects are less noticeable.

18
What is the rationale behind “One engine - Two propellers” configuration?

12
Do rotorcrafts like helicopters have autopilots?
9
How do helicopters handle P-Factor?
10
What is the relationship between the UH60 Blackhawk stabilator function lateral sideslip and pitch coupling?
17
Are helicopters reinforced asymmetrically?
4
Can a contra-rotating helicopter simply tilt its entire rotor set instead of using a cyclic?
36
Helicopters: why hasn't NOTAR been more popular?
1
Why in helicopter autorotation phase the opposing torque is eliminated?
18
How does this RC helicopter keep itself upright?
24
Why do helicopters have skids?
0
Are there any helicopters with tail rotors where slip-skid ball may be centered even when fuselage is streamlined to the airflow in cruising flight?