Can anyone identify the plane in the image shown and/or year of service?

All I have is this photo, found in a collection of photo's which I'm trying to identify family members and an approximate date the aircraft is in service would help. I've tried googling the aircraft Number but it only shows an Afro monoplane. The number is N 9732. Any suggestions would be appreciated 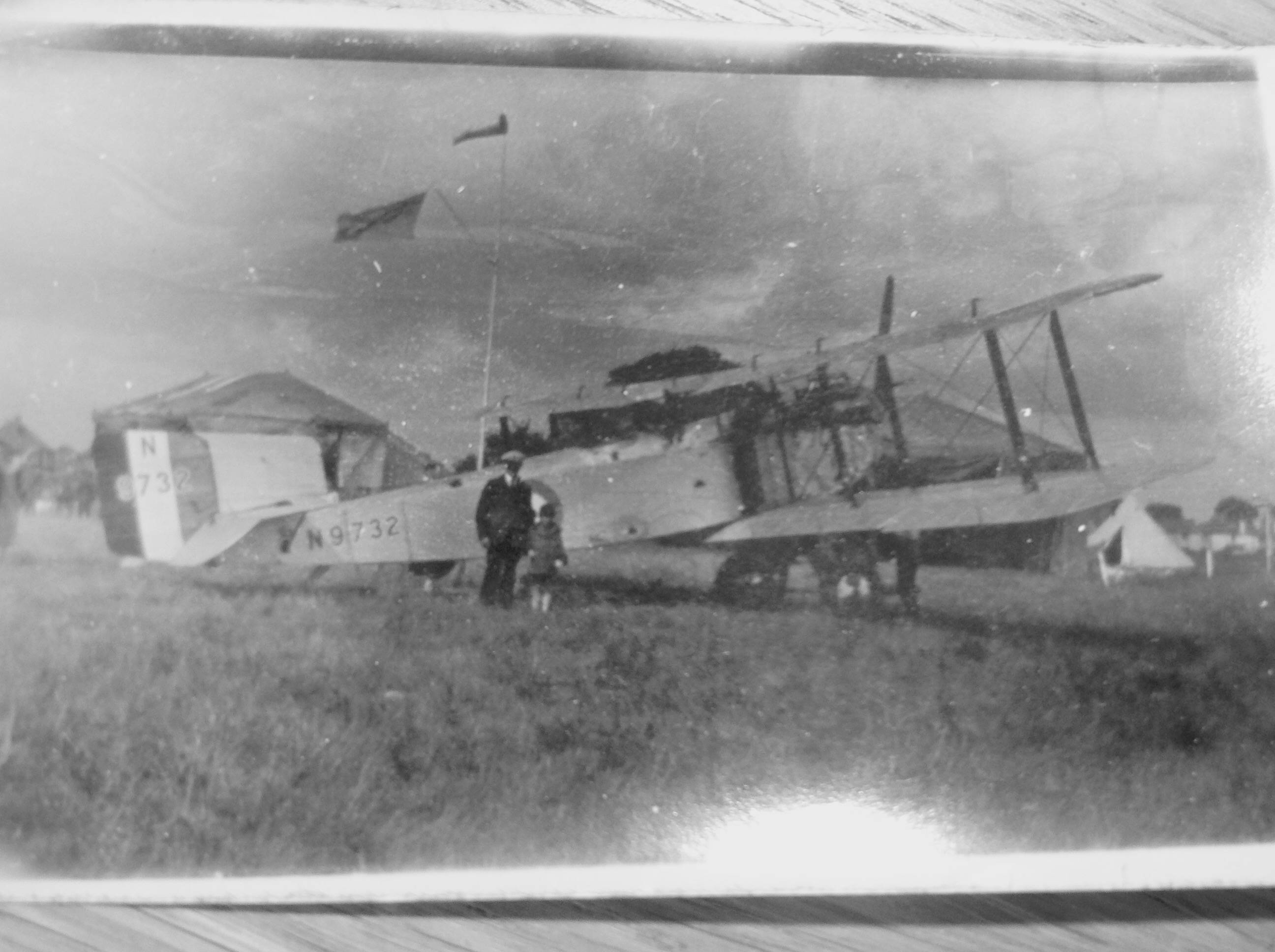 I think it may be a Bréguet 14. Compare it to this photograph:

You can see the same two sets of vertical struts on the wings, which are quite distinctive, and the wing looks like it has the same large flaps, plus the large forward tail section. The fuselage has the same two step holes (at least, I assume that's what they are) seen on this photograph, and the rear seat is also just visible.

The related Bréguet 16 was slightly larger, with three pairs of struts, so it's not one of those; there was also a related Bréguet 17 which seems to have been visually quite similar, but produced in much smaller numbers. I suspect it may be after the war, as it does not seem to have a gun in the rear seat, and the number on the tail doesn't seem to match the wartime style of numbering. They were still knocking around into the late 1920s/early 1930s.

Bréguet 14s were fairly widespread, but I think these look like French markings. However, I don't know enough to be able to speculate on what "N 9732" might indicate in that context.