Is the Bede BD5 actually a tandem wing airplane, and not a mono wing?

Is the Bede BD5 a tandem wing airplane, and not a mono wing?

The following picture (Source: Wikipedia.org) shows a Bede BD5 with a high angle of incidence on the horizontal tail, estimated at about 5 deg.

Being a rear engined airplane ( estimated fuel and engine north of 150 lbs) and with the main wing close to the pilot(150 lbs+), it seems the CG would be aft of the main wing.

Does this mean the vertical tail was used to generate some of the total lift (estimated at about 30%),in straight and level flight, thus making the BD5 a tandem wing, and not a mono plane? 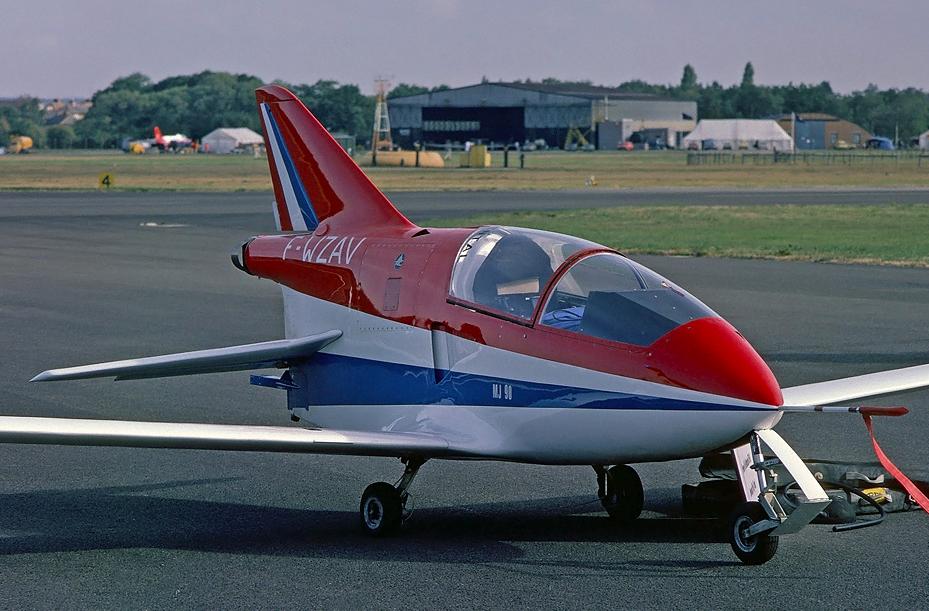 No. The BD-5 uses a stabilator for the horizontal tail with a single wing. When parked and the gust locks are in place the stabilator is in the 'pitch down' position you see in the picture. As the whole surface moves, the apparent incidence is not present when in normal flight.

14
Does the wake from horizontal stabilizers merge with the wing wake?
8
Are the vortex generators on the Cessna Caravan necessary and sufficient for safety of flight?
1
Need to add elevator downforce to total lift when sizing wing area?
0
As a general rule, must the cg of a tandem ultralight be greater than 25% mean aerodynamic chord?
4
Does a tandem ultralight need flaps on the rear wing if the front wing has flaps?
2
How to design a near vertical take off airplane?
2
Cascading Wings: Do they really increase lift by 300%?
0
What is the total EXTRA lift produced using an 80 deg flap and distributed propulsion?
2
Do twin engine airplanes have increased roll stability?