Are there any LSA aircraft that can be flown IFR in IMC?

Are there any LSA aircraft that are IFR certified? A LSA would be the perfect private commuter plane for an instrument rated private pilot.

If not, what are the most cost effective airplanes that are IFR certified? Is there anything cheaper than a C172?

Just to be clear: I am asking about aircraft that are IFR certified, meaning that they can be flown IFR in IMC conditions. I am also aware that there is a huge difference between different countries with regard to aircraft certification so my question is mainly about the U.S. 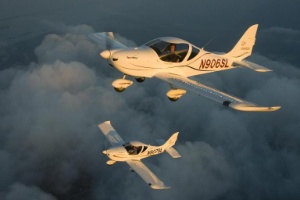 Sorry to reanimate this rather old question, but I'm surprised none of the previous answers mentioned the Evector SportStar MAX, which has a model that is IFR equipped and which was available several years before this question was asked. From its POH (section 1.2):

Here's a Plane & Pilot review of the IFR version, and here's a Press Release from Evector about this model.

Evektor followed the MAX model with the Harmony, and at least one place on their website suggests it too is available in an IFR equipped version.

There is at least one LSA that is approved for IFR flight: The Zodiac 650 (available as a kit, or a factory-built Special Light Sport Aircraft).

More broadly, you can operate light sport aircraft under IFR (in VMC or IMC) as long as it's permitted by the operating instructions. AOPA's Light Sport / Sport Pilot FAQ addresses this well, so I'll just steal their answer:

Can I fly a special light sport aircraft (SLSA) in IFR conditions or at night?

If you are appropriately rated and would like to operate a special light sport aircraft at night or under IFR, contact the manufacturer to determine if any provisions can be made.

(Note also that there were some rumors of the ASTM consensus standards changing at some point to require DAY VFR ONLY placards on new Special Light-Sport Aircraft -- At this time I don't believe that's happened yet, but it might...)

Yes. As long as the pilot is IFR rated with a medical certificate and the aircraft is properly equipped. Including IFR certified lighting, avionics and power-plant.

The ASTM commitee voted to ban LSA flight into IMC, but that has not been approved by the FAA, as mentioned here.

A quick websearch leads me to believe that you can fly a properly equipped LSA on an IFR flight plan (eg: being directed by ATC), but you cannot fly an LSA into IMC.

IMC and IFR are not the same thing, and LSA's may be equipped for IFR flight, but they cannot be certified for IMC flight.

In summary, if you are an instrument pilot, and if you are current, and if you have a medical, and if you purchase an aircraft like the Bristell and register it as an ELSA, no regulation prevents you from filing and flying IFR including into IMC.

Yes. Bristell has provided a legal path for this in the US. The aircraft must be certificated as an ELSA, not an SLSA, and all the other IFR requirements must be met. https://generalaviationnews.com/2017/04/17/can-you-fly-ifr-in-an-lsa/

5
Can I do an IFR checkride in an airplane that isn't certified for IMC?
5
Can a Cessna 162 Skycatcher be flown IFR in IMC?
4
Can a plane be IFR certified, but not allowed in IMC?

5
Can a Cessna 162 Skycatcher be flown IFR in IMC?
3
Aerobatics in "firm" IMC -- how would one do it?
13
What coming changes might render current IFR equipment worthless in the foreseeable future?
13
Can a non-instrument rated safety pilot log PIC during an IFR flight?
5
Can I do an IFR checkride in an airplane that isn't certified for IMC?
3
Can I do an instrument rating checkride in an experimental aircraft?
3
Is there any legal way to fly an inline twin-engine aircraft with a single-engine certificate?
7
Are there any restrictions on long overwater flights by private aircraft?
2
Can a non-IFR rated pilot accept an IFR clearance, provided the operation occurs in VMC only?