What surface materials do airplanes use to reduce friction?

Full swimming body suits were banned from Olympic Games a few years ago because some materials have less friction than skin and contestants that could not afford gear to increase their performance were disadvantaged.

However, low friction materials could benefit many industries including aviation. Are there any special surface coatings either experimental or used by manufacturers to improve the aircraft performance and decrease drag?

In a way, yes. By using smooth metal surfaces with countersunk rivets, modern aircraft use a surface with low friction already. In the past, wooden structures were varnished to give them a smoother surface. In the second World War, German crews would polish the normally matte paint of some of their airplanes to eke out the maximum in top speed.

There have been several attempts in the past to improve the smooth metal surface. The most attention was heaped on riblet surfaces, a grooved plastic foil the surface of which was inspired by shark skin. Since the 1980s several experiments were made with partially riblet-covered airplanes, boats or wind turbine blades. The gains of up to 8% in drag reduction are real, but the application and maintenance of riblet-foil covered surfaces made the technique impractical. 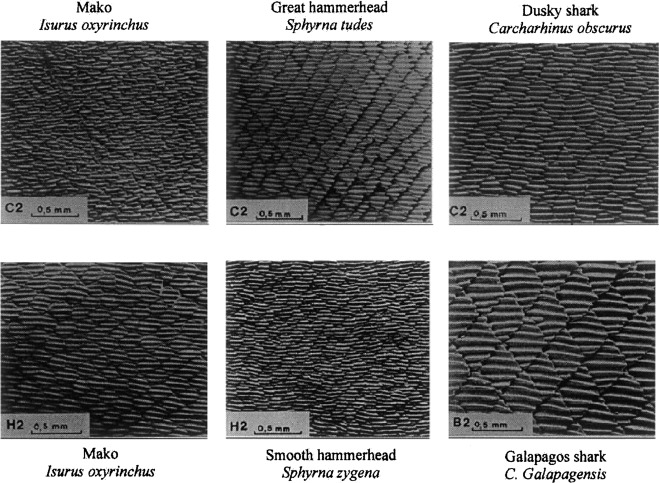 Shark skin surfaces (picture source). The common understanding is that the streamwise grooves will suppress oscillations in the flow and reduce friction drag. The overall effort to maintain this surface has so far been considered too high in order to achieve the small reduction in drag that is possible with a grooved surface.

And now for something completely different …

Monocrystalline solar panels would result in a polygonic surface and need to be embedded in clear resin to produce the desired curved outer surface. Solar foils are much easier to apply and weigh much less, but also have a lower efficiency. So far, only experimental airplanes have used solar panels on their skin and the integration of those panels was a major part in the overall cost of those airplanes. 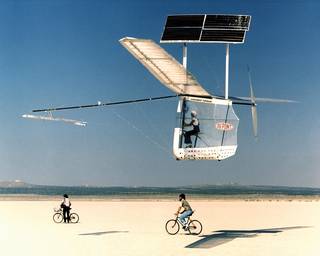 The Gossamer Penguin used a rather clumsy way to add solar panels in order to avoid the major work of integrating them into the surface (picture source). It should be obvious that this way of integration adds both drag and weight. 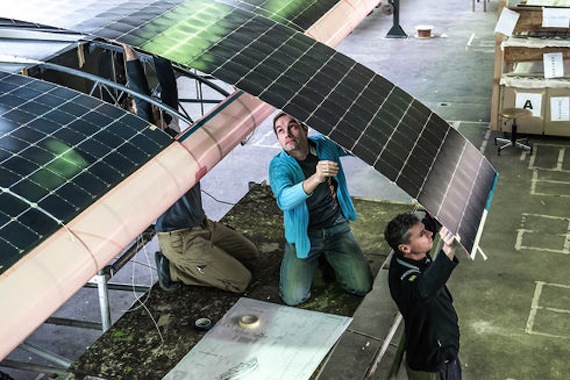 Solar panels of the Solar Impulse II (picture source). It used a rectangular wing planform to make the integration of the solar panels easier since the same mold could be used for all wing panels. Now the solar panels do not add viscous drag, but the weight of the panels, their wiring and the clear resin needed for the smooth, curved surface adds weight which causes an increase in induced drag.

Not the answer you're looking for? Browse other questions tagged aircraft-design drag efficiency wind or ask your own question.

30
What materials are plane windows made of?
18
Why are older airplanes still in use?
5
How feasible is it to use Smart Materials on aircraft?
17
What materials make up most of the weight of an aircraft?
11
Do aircraft use the majority of their fuel to overcome friction?
7
What materials are used for aircraft windshields?
0
If we use upper surface blowing and externally blown flap on the same wing will lift correspondingly be very high?
6
Why don't solar powered aircraft use wings with more surface area
2
How much might soft skin reduce aircraft skin friction?
56
Why don’t airplanes use turn signals?