What are the "beta lines" of a gas turbine engine component?

For a compressor in particular, what do the beta lines represent? I know for a compressor map you have the lines of constant spool speed, and the contours of isentropic efficiency. I also understand the purpose of the surge line and how it acts as a limit for stable compressor operation. I'm not entirely sure what beta lines do though, are they just fractions of the pressure to mass flow ratio that results in surging? Or are they something else?

Beta lines are either linear or parabolic shaped lines that are conveniently placed and spaced between the surge line and the choke line of the compressor (or fan) characteristic (also known as compressor/fan map). Such lines are also found in the turbine characteristics maps.

Basically, the Beta lines create a new axis system that prevent a solver from finding multiple (or the incorrect) operating point(s). The lines itself do not represent anything, they are simply added for convenience and calculation stability.

Compressor maps describe the relation between various parameters which are based on experiments or CFD calculations; corrected mass flow, pressure ratio, spool speed and efficiency. In gas turbine performance simulation, a new operating point needs to be found for a change in operating condition. Knowing that speed lines can contain a local maximum pressure, you cannot uniquely describe an operating point with a pressure and a speed, there can be 2 solutions for corrected mass flow. Hence, gas turbine performance engineers have created the concept of an alternative coordinate system that prevents that multiple solutions can be found; this is very useful when programmatically finding/iterating the new operating point.

Compressor maps typically are 2-in, 3-out parameter maps, to find the 3-out parameters (pressure ratio, efficiency and corrected mass flow) you require a unique pair of Beta and spool speed values. 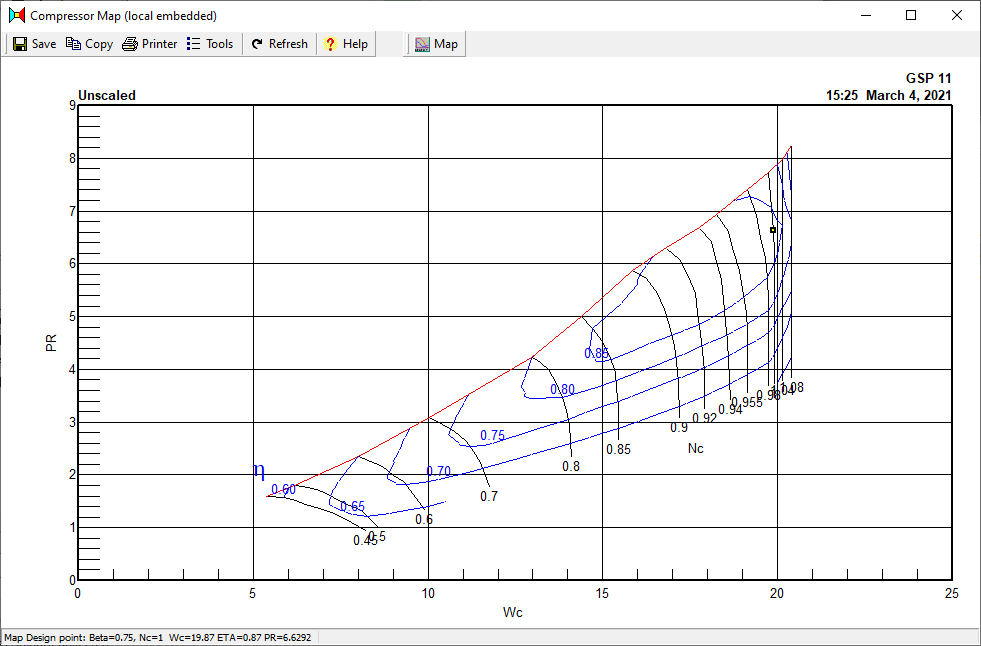 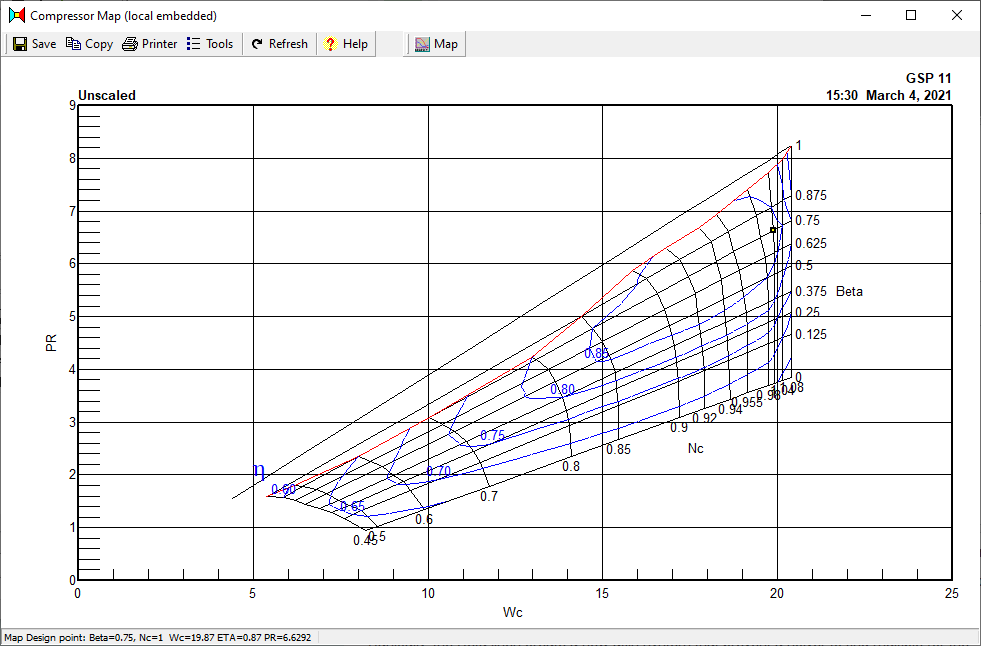 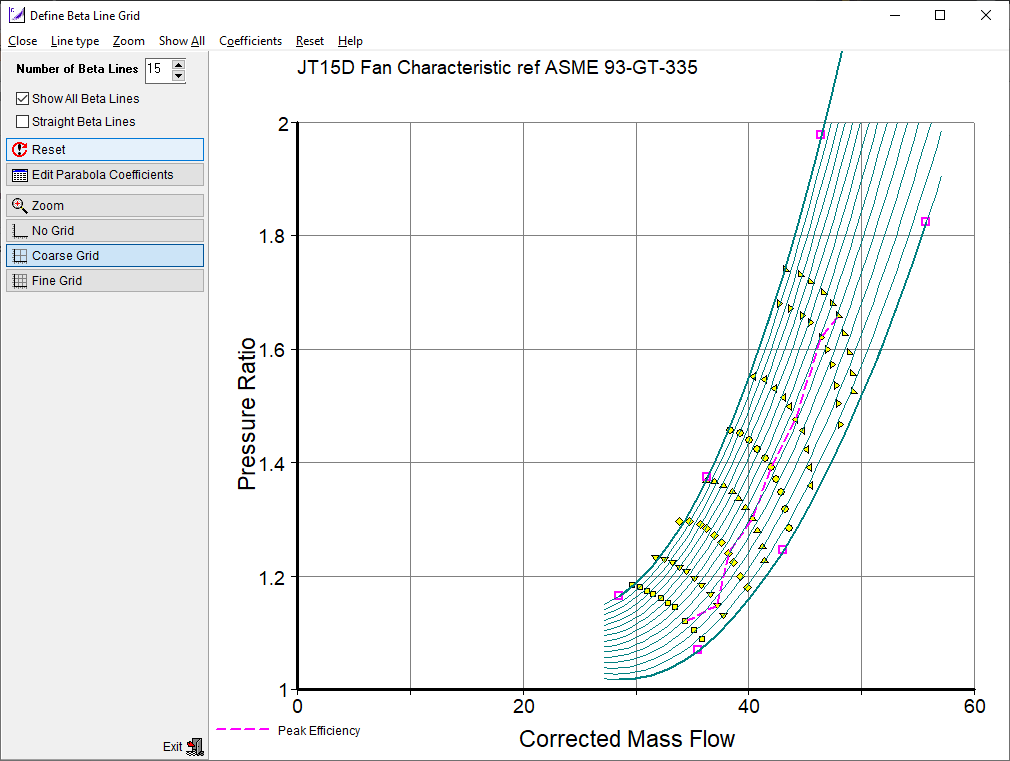 Not the answer you're looking for? Browse other questions tagged jet-engine engine-design fluid-dynamics or ask your own question.

6
What is the transient bleed valve in a gas turbine engine?