Instrument Approaches which do not have a FAF 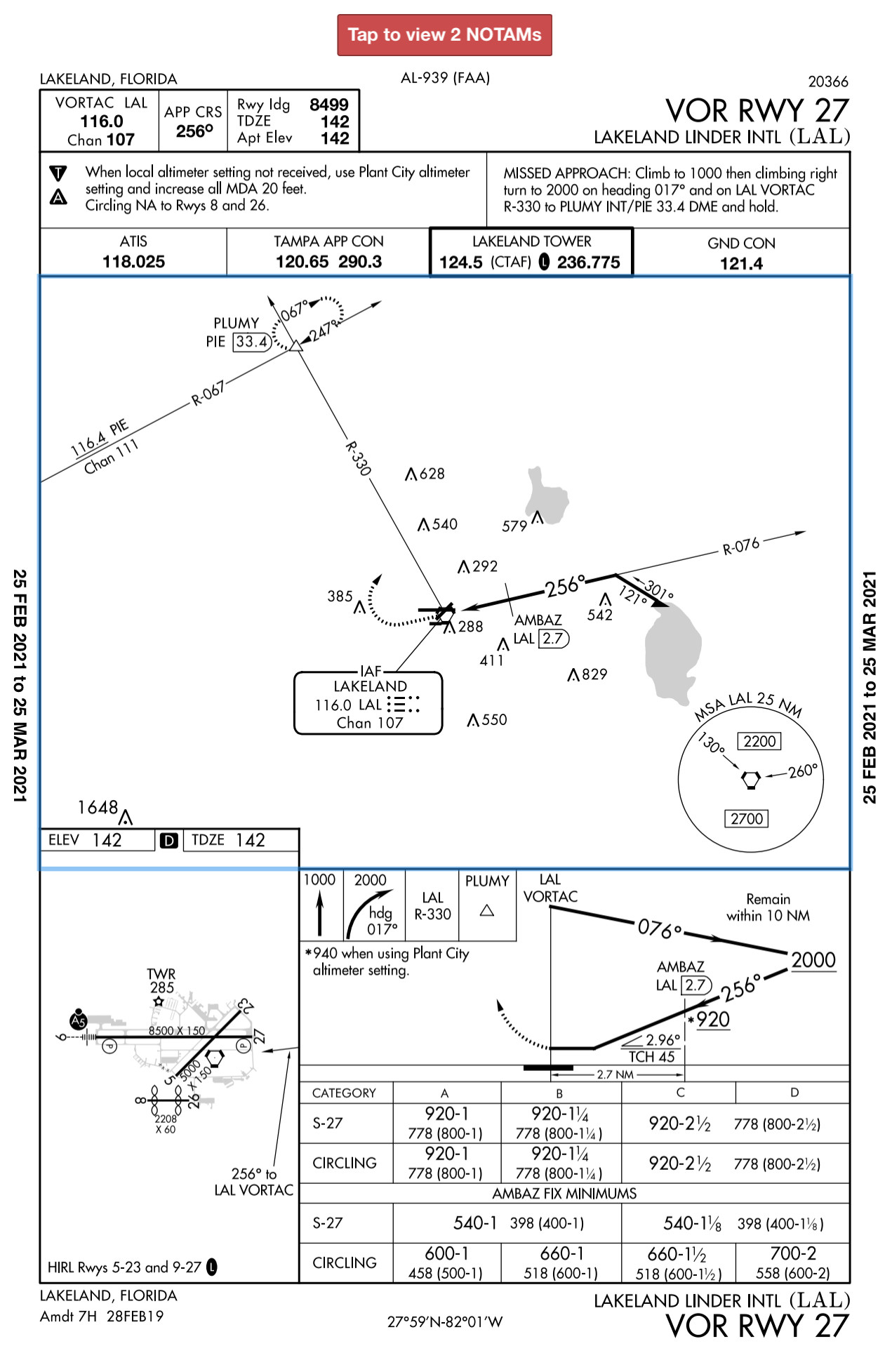 There appears to be no FAF designating the final approach segment. What does this mean? Are the FAF, the IAF, and the MAP all coincident?

Someone here suggested that this was because the VOR Rwy 27 has straight in minimums. However that does not appear to be a general rule. For instance, take VOR Rwy 01 into KSAV. 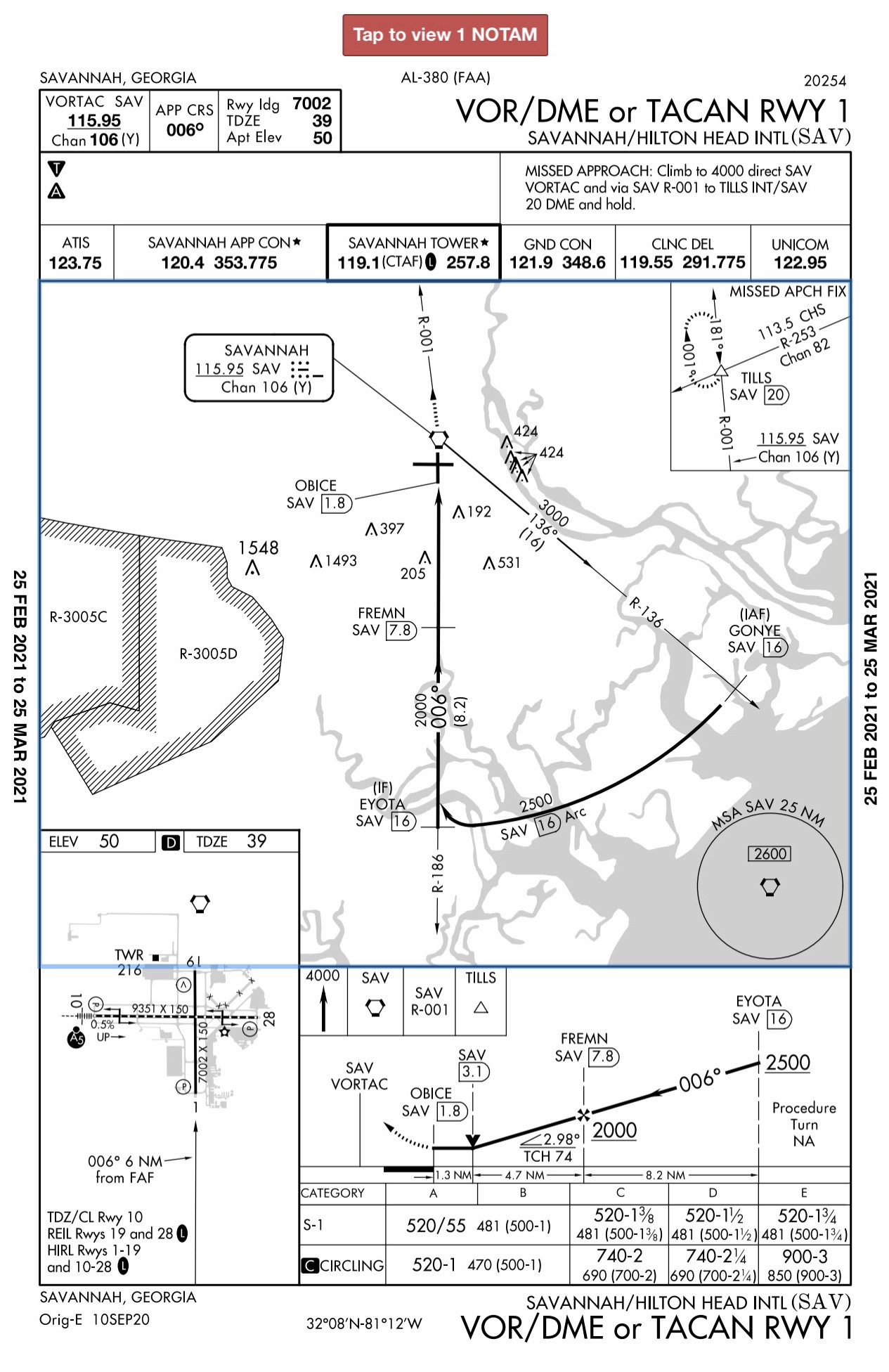 This approach has straight in and circling minimums yet clearly has a FAF FREMN defined and located by either a DME or GPS.

The Lakeland approach you show does not have a FAF (Final Approach Fix) because there is no defined point (fix), where you are established inbound and start to descend. In this case, the FAF is given by the FAP (Final Approach Point):

The chart only says "Remain within 10 NM", so the actual FAP depends on how you fly and cannot be depicted on the chart. Note that the approach does not require DME, so the point AMBAZ cannot be identified by every aircraft (which is why the chart lists minima with and without AMBAZ). It therefore cannot be the FAF. The second approach you show (Savannah) requires DME or TACAN, which means it can have a FAF (FREMN) defined via DME (SAV 7.8).

The MAP (Missed Approach Point) of the Lakeland approach is the LAL VORTAC, which is also the IAF (Initial Approach Fix). The Jeppesen chart for this approach explicitly says "MAP at VOR" and the FAA chart you show has the MAP indication (dotted line with upwards arrow) at the LAL VORTAC.

The Jeppesen chart also shows a point FF27 5.7NM before the runway, where a CDFA (continuous descent final approach) at 2.96° should be started, which is probably the point an FMS would use: