Why do the ailerons of this flying wing work oppositely compared to those of an airplane?

I made this simple wing glider and put some ailerons on it. I thought that the ailerons in this glider would work the same way it works on airplanes, wherein the roll will be in the direction of the aileron that is pulled up. However, the opposite happens. For example, when I pull the left aileron up and the right aileron down, instead of rolling to the left, it rolls to the right. What is the reason behind this? And what is the difference between the control of this flying wing to a conventional airplane? 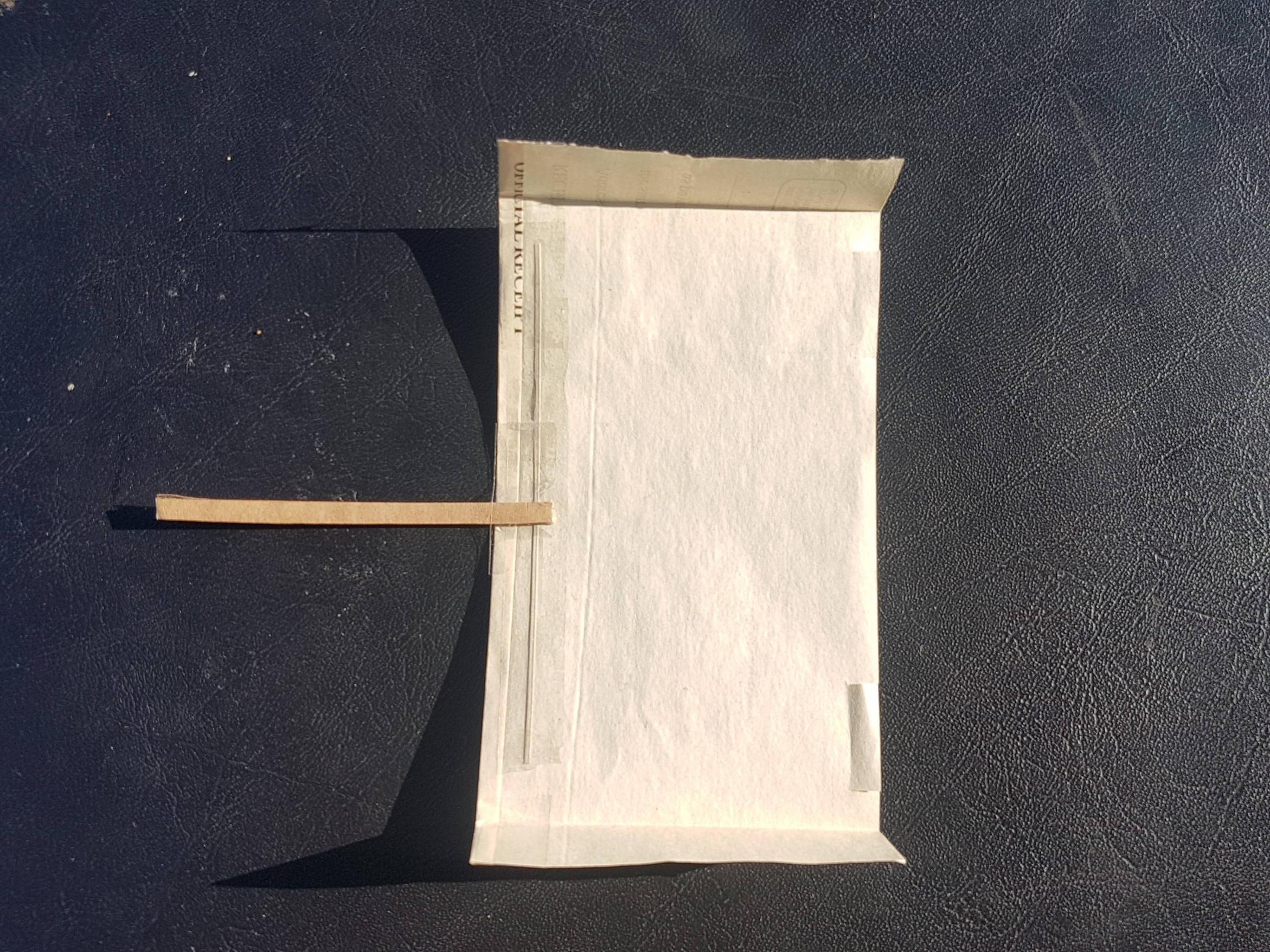 Most likely the adverse yaw effect (due to the induced drag of the increased lift on the down-aileron side) is causing the wing to yaw the opposite direction from the intended roll, and the yaw causes the dihedral induced roll (proverse to the yaw) to override the aileron input.

This situation is very commonly seen with very slow flying model aircraft -- indoor Peanut scale, for instance, or Penny Plane models, will often be set to turn left by putting a relatively tiny tab under the left wing, where you'd expect the lift to cause a roll to the right.

In some aircraft, such as the Canadair CP-107 Argus, the control yoke is not actually connected to the ailerons. Rather, they are connected to servo tabs, which are basically small ailerons attached to the rear of the actual ailerons (not to be confused with trim tabs, which look exactly the same but are controlled differently). Turning the yoke left causes the left servo tab to angle down, which deflects the actual aileron up. The aileron deflects the air stream upward, pushing the left wing down. The opposite happens on the right aileron and tab, raising that wing.

This effect can also occur unintentionally. For example, the Boeing B-47 Stratojet couldn't fly faster than 425 knots; above that speed, the ailerons would twist the wings so much that the airplane would roll in the opposite direction from what the pilot commanded.

I think it's likely that you're experiencing this. It's possible that the upward-turned aileron is twisting the whole wing downward enough that the plane rolls in the opposite direction from what you wanted. If that's the case, your options are to either stiffen the wings somehow, or just accept that your ailerons are going to work in the opposite way than you think they should.

Not the answer you're looking for? Browse other questions tagged aerodynamics wing flight-controls glider control-surfaces or ask your own question.

14
How do paraglider controls work?
8
Does "pendulum effect" apply to hang gliders or any aircraft?

13
How should a glider pilot signal turns to the towplane?
2
How to calculate aileron deflection for achieving similar roll dynamics at thin and dense air?
18
How does turning a small plane by opening the doors work?
6
Why is it advised to turn the aileron away from quartering tail-wind during taxiing?
14
How do paraglider controls work?
18
How do elevons work to roll a flying wing?
7
Why does the A320’s maximum allowable aileron deflection decrease, rather than increase, when the flaps are extended?
11
Do aircraft using only spoilerons for roll control, with no conventional ailerons, have a crossover airspeed?
0
If pilot use rudder to roll the aircraft at high AOA in the F4 Phantom then one aileron from one wing and one spoiler from other will be deflected?