Legend for SkyVector's Sectional Chart outside the US

Does anyone know where can I find the legend for the symbols used by SkyVector's Sectional Chart for places outside the US? The US symbols are well documented but other places (e.g. the United Kingdom charts) seem to use a different set of symbols and line strokes for airspace classes.

Aeronautical agencies in Europe countries, not limited to European Union, and now Eurocontrol adhere to ICAO conventions more strictly than the US, this is historical as some European countries played a major role in ICAO creation.

Differences between FAA and ICAO approaches translate into the wording and the documentation. In accordance with Chicago Convention, these differences are listed in the country AIP, at section GEN 1.7 (examples: UK AIP, US AIP).

ICAO is an organization to facilitate international traffic, not domestic traffic, therefore it mostly deals with IFR matters, but there is some guidance for VFR too.

The 1/500,000 VFR map is recommended and its characteristics are described in Annex 4 of the Chicago Convention, at chapter 17. The legend is described in appendix 2. The chart shown below, and its legend are compliant with Annex 4.

About annex 4, the US AIP tells us: "Charts vary in their conformance to ICAO Standards" This explains why US Sectional charts at SkyVector are different from charts covering Europe.

ICAO compliant maps are usually not public domain. In France maps are produced and published by a semi-administrative agency, the Institut Géographique National (IGN), in collaboration with the Service d'Information Aéronautique (SIA) in charge of the local AIP. They are commercial products, SkyVector cannot directly reuse them, but they can reuse public basic aeronautical information and open map bases.

In contrast, the French administration, probably by an effect of its infinite generosity, makes 1/500.000 ICAO VFR maps public via the GIS site used for various topographic/land information and aerial views.

ICAO and SkyVector versions of the same area (around Bordeaux). 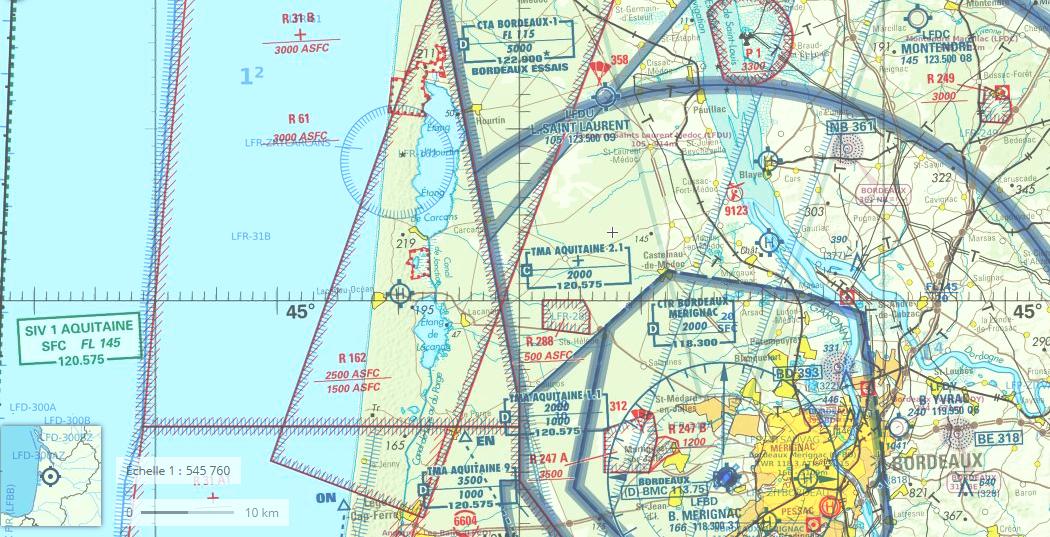 SkyVector shows a version which is significantly simplified (source: SkyVector): 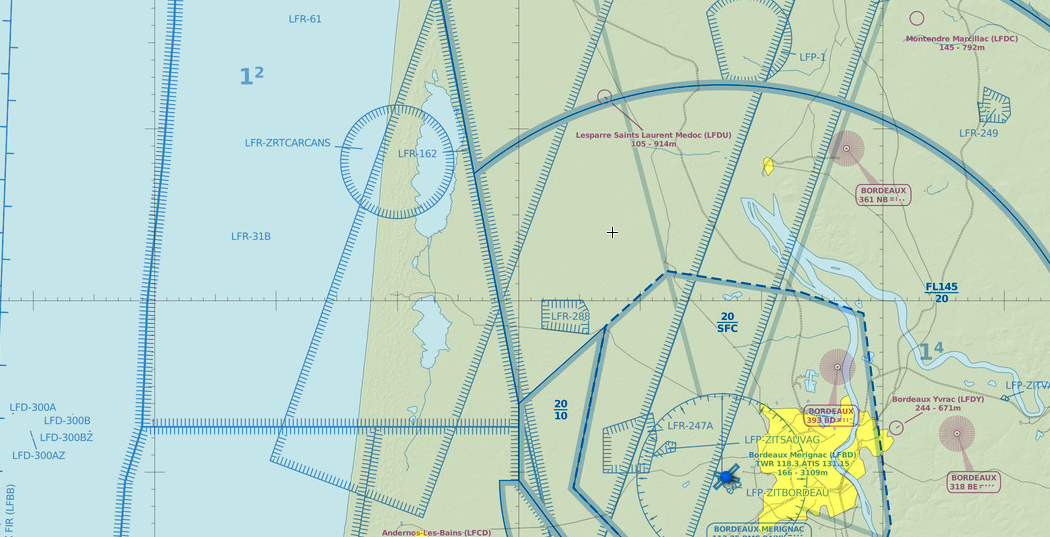 A notable difference is prohibited and dangerous areas drawn in red for the ICAO flavor. SkyVector lacks indications for activities like parachuting, and frequencies for ATC within controlled areas.

The map base is also a bit simplified, the Gironde estuary is missing though it's the continent largest (surrounded by famous vineyards, used to ferry parts by Airbus, Dassault or Ariane Espace, and also one of the places where surfers can ride a tidal bore).

The ICAO legend (a fragment showing airspace depiction, the full legend is here): 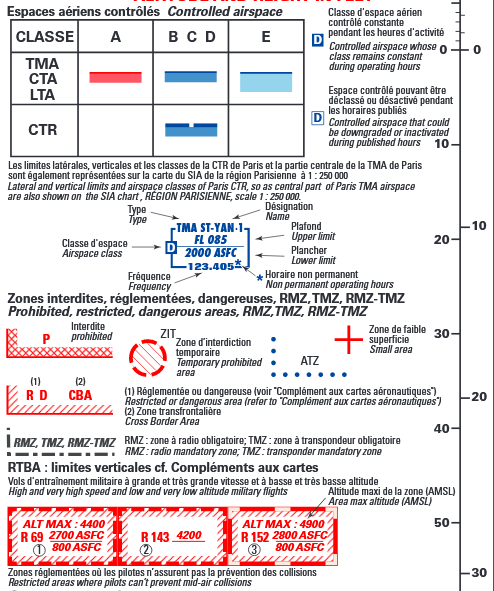 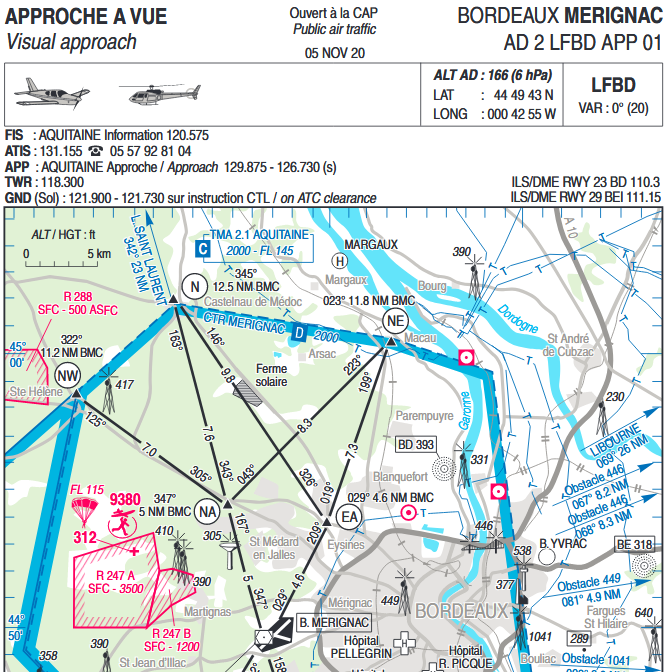 IFR enroute charts, the counterpart of Sectional and ICAO VFR charts are publicly available in the AIP, at section 2.