How did the Wright brothers measure the maximum airspeed of their 1904 plane?

The Wright brothers used during their 1904 trials (105 in total, according with their claims) a Richard anemometer mounted on Flyer II (there are numerous pictures on the net with such a device). The instrument just integrates the airspeed and when you stop it you read the displayed distance and divide it by the flight time and so get the average airspeed of the airplane during the entire flight.

The question is: How did the Wright brothers measure that maximum airspeed of 70 ft/s that occured during a flight characterized by a 59 ft/s average airspeed (see the letter to Octave Chanute below)?

“Since the first of August we have made twenty five starts with the #2 Flyer. The longest flights were 1432 ft., 1304 ft, 1296, ft. and 1260 ft. These are about as long as we can readily make on our present grounds without circling. We find that the greatest speed over the ground is attained in the flights against the stronger breezes. We find that our speed at starting is about 29 or 30 ft per second, the last 60 ft of track being covered in from 2 to 2¼ seconds. The acceleration toward the end being very little. When the wind averages much below 10 ft per second it is very difficult to maintain flight, because the variations of the wind are such as to reduce the relative speed so low at times that the resistance becomes greater than the thrust of the screws. Under such circumstances the best of management will not insure a long flight, and at the best the speed accelerates very slowly. In one flight of 39¼ seconds the average speed over the ground was only 33 ft per second, a velocity only about 3 ft per second greater than that at starting. The wind averaged 12 ft per second. In a flight against a wind averaging 17 ft per second, the average speed over the ground was 42 ft per second, an average relative velocity of 59 ft per second, and an indicated maximum velocity of 70 ft per second. We think the machine when in full flight will maintain an average relative speed of at least 45 miles an hour. This is rather more than we care for at present. Our starting apparatus is approaching completion and then we will be ready to start in calms and practice circling.” 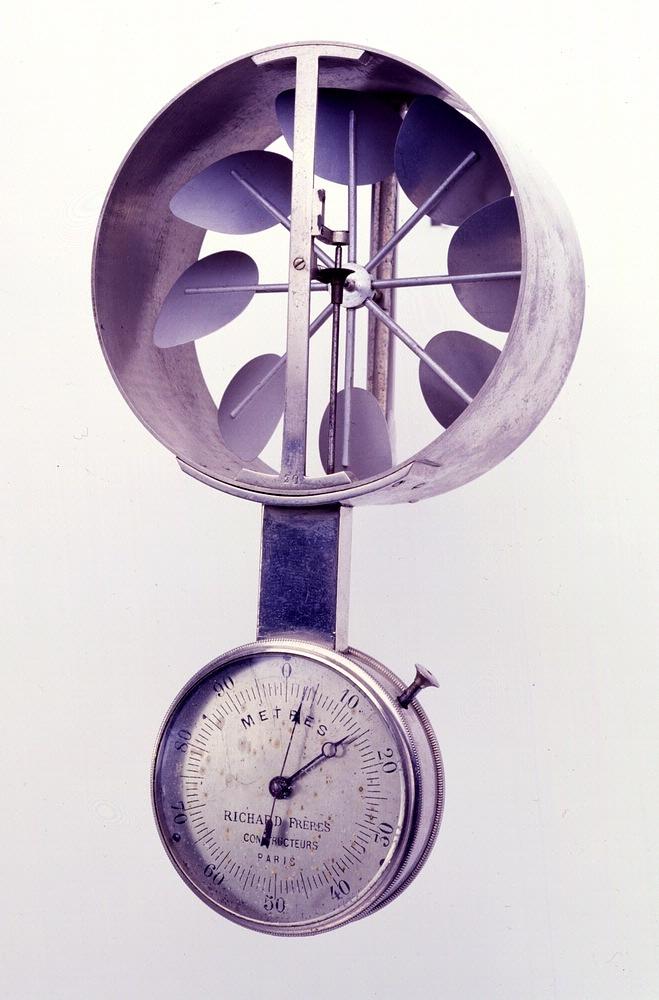 Browse other questions tagged aviation-history airspeed or ask your own question.

4
How did Wilbur Wright create and use the formulas he mentions in his letter to Octave Chanute?
5
Does a 1lb crow expend only 7.68 Watts to fly at 37 km/h?
2
Did the Wright brothers discover the three-axis control system for airplanes/gliders and the adverse yaw?
3
When was the first picture of the Wright brothers' 1903 plane published?
12
Is it possible for a plane to accelerate easily from 30 to 45 mph in flight while it struggles to reach 30 mph (the engine runs at constant power)?
3
I calculated that Flyer I and II (1903-04) of the Wright brothers were underpowered. Are there better (drag, lift) coefficients than those of Culick?
1
Is there any clear picture or drawing, of a Wright brothers' plane, published before August 12, 1908?
2
Is there independent evidence that the Wright brothers celebrated Roosvelt's election in 1904 by a flight of over 5 minutes?