Can anyone identify the Make and Model of this nosed-over plane?

I've tried to identify this plane by the writing on the plate on the cowling but have been unable to match the logo, and when I've blown the size up the writing is unreadable. It looks something like SCOOTROM with a long tail on the upper part of the "S" and with two straight lines under it. I think this light crash took place in Wisconsin, perhaps Madison or Stoughton but I don't have a year. 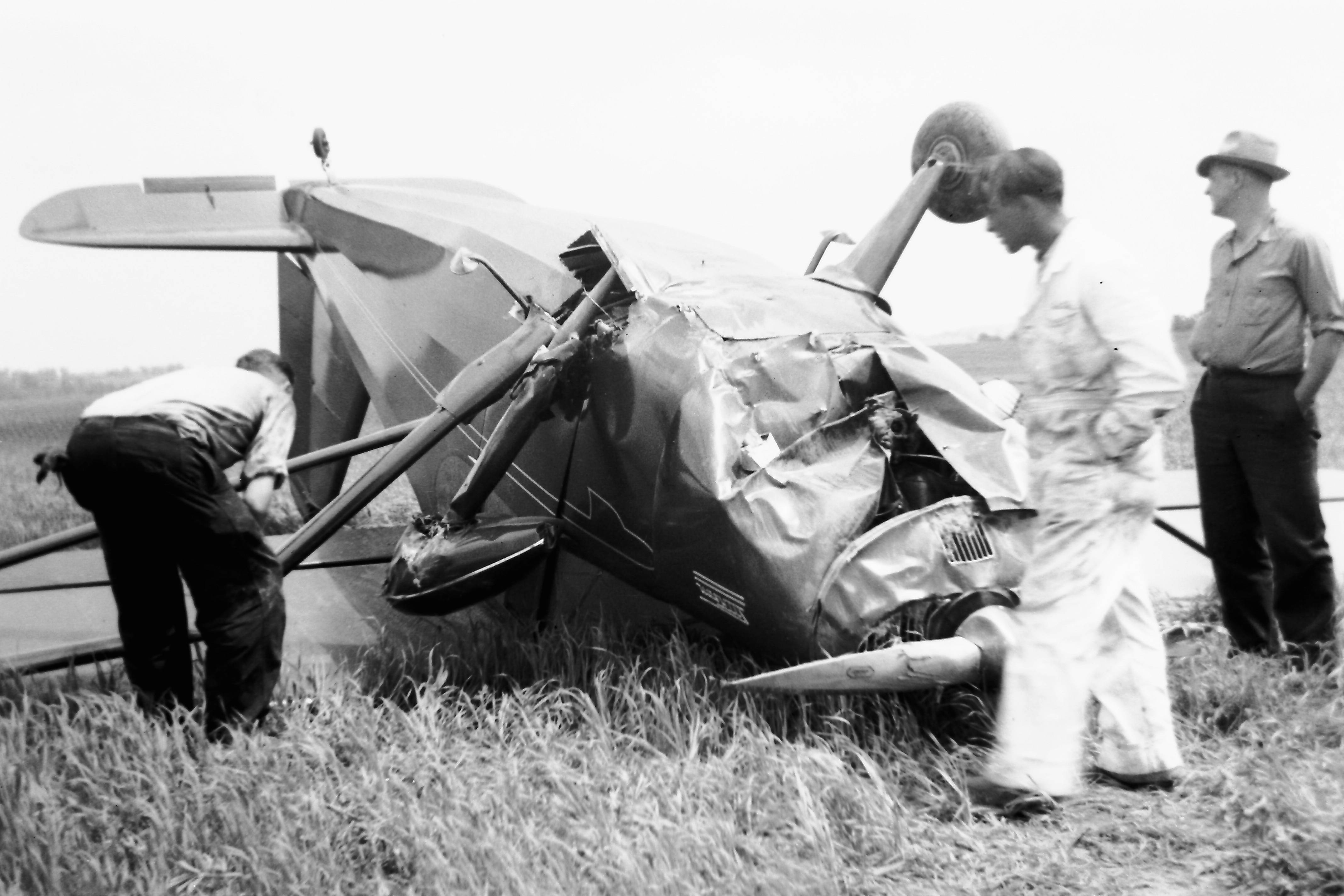 I know for sure this is a Stinson aircraft due to the logo which was often rendered on the side of aircraft with a double underline and certainly has the long tail on the upper part of the S as you described:

Logo from the orignal picture, rotated and de-skewed

The identifying features which make me think this is an HW-75/105 Voyager are:

Not the answer you're looking for? Browse other questions tagged general-aviation aircraft-identification single-engine or ask your own question.