Can someone identify the Make and Model of airplane that this fuselage belonged to?

This gutted fuselage remnant was photographed by my mother at Whaler's Bay on Deception Island in Antarctica in 1994. Deception Island is directly south of the Falkland Islands in the narrow area between South America and Antarctica. Where the wing attached to the fuselage there is grey hand-printed writing that appears to be: 3G9SAY. Below the windows, also in grey printing are three lines of faded print. The first line appears to be something like: ESTACION JERASSIEN. The second line appears to be: BARDA HARE. And the third line appears to be: AGRVFACIAL PIORK. But I stress that I'm doing a lot of guessing at these letters so interpret them loosely. Thank you for your assistance in identifying this aircraft. 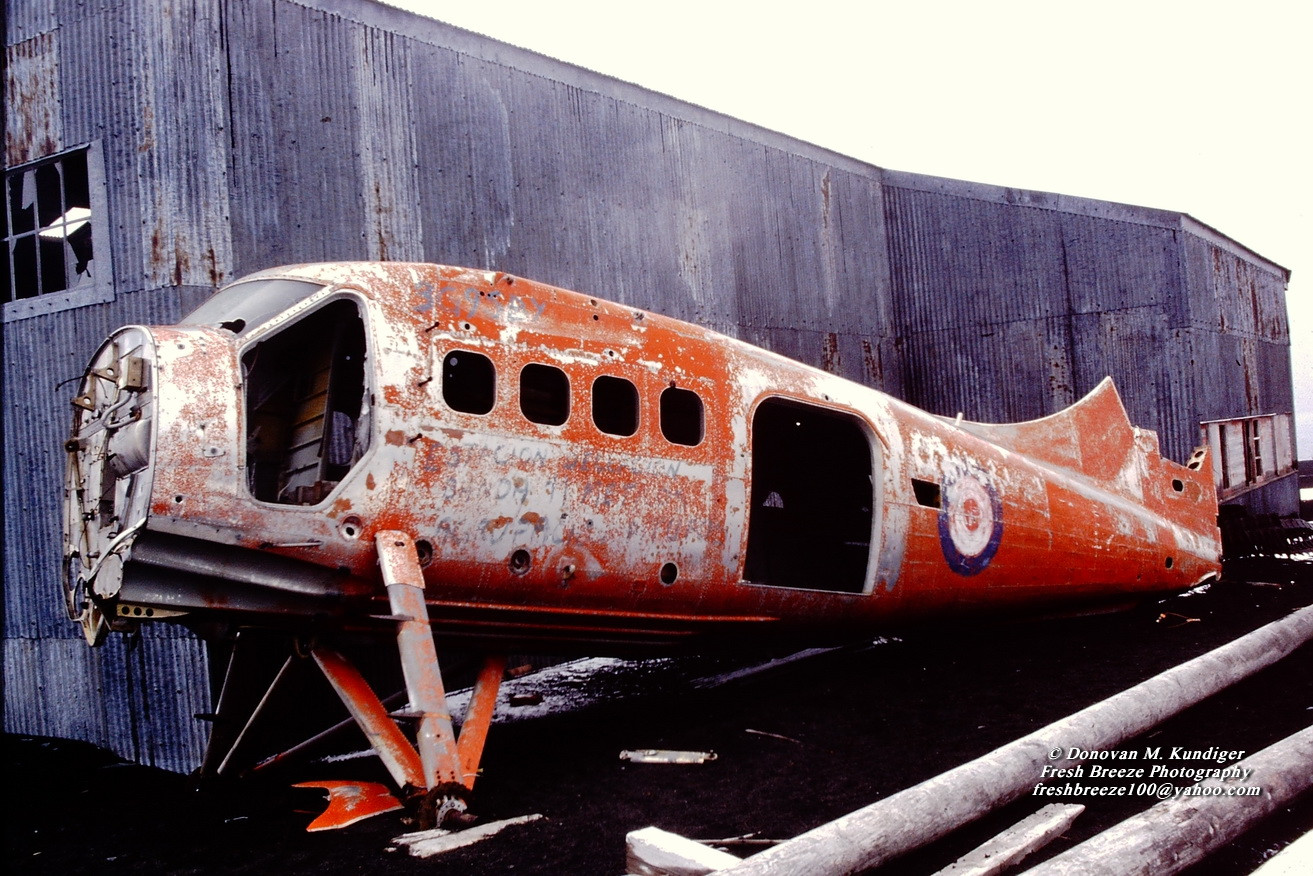 It used to wear the registration VP-FAK.

British Antarctic Survey (BAS) and the de Havilland Aircraft Heritage Centre at Salisbury Hall, London Colney have agreed on a long term loan for BAS DHC-3 Otter VP-FAK. This historic artefact was recovered from Deception Island, Antarctica in April 2004 where it had lain for nearly 40 years since the aircraft was grounded due to structural problems.

De Havilland Canada Otter VP-FAK c/n 294 made its maiden flight in Canada on 17 October, 1959. It was shipped to Deception Island arriving on 26 January 1960 before assembly and flying on 3 February. The aircraft was flown by aircrew seconded from the RAF to BAS when it carried the identity 294 with RAF roundels. Flying conditions in the Antarctic are very demanding and the aircraft was damaged a number of times, the last time at Adelaide, making its last flight from there to Deception Island on 7 March 1967. Following an inspection it was grounded due to structural problems, having flown 981.30 hours and made 853 landings. The aircraft was stored outside at Deception Island in a dismantled state until recovery to Rothera ready for shipping to Britain, where it arrived at Grimsby on 8 May 2005.

Not the answer you're looking for? Browse other questions tagged military aviation-history aircraft-identification airplane or ask your own question.