What are the advantages and disadvantages of the MiG-29's horizontal stabilizers (not what do they do)? 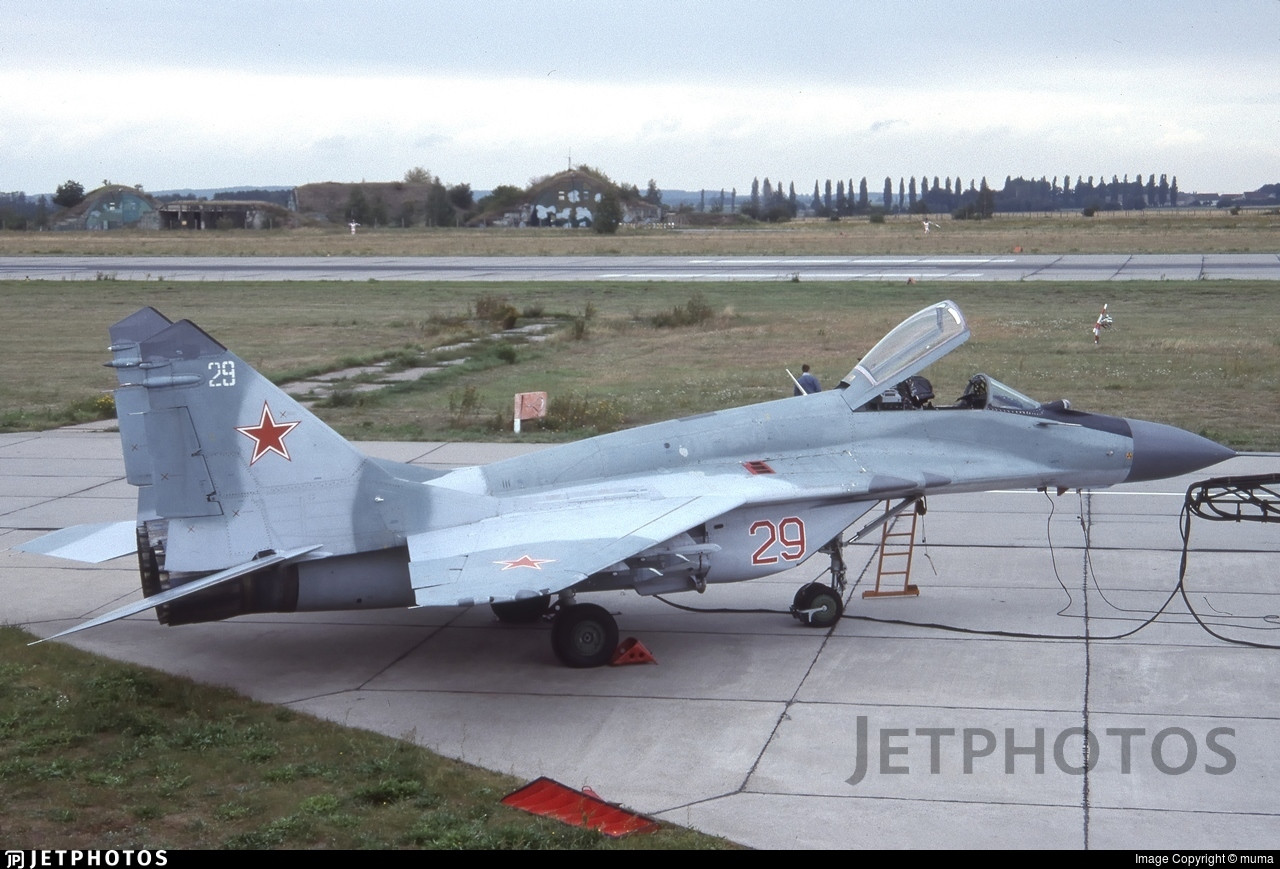 The MiG-29's tail axes are located fairly close to the leading edge, and rotate along an axis oblique to the chord. What are the possible consequences to this arrangement (e.g. actuator torque, flutter potential)?

There is nothing too special about the MiG-29 stabilator.

The "slanted" (swept) axis of rotation is fairly common: as far as I remember, all MiGs that had a stabilator had this arrangement.

This has primarily structural advantages: it is easier to integrate the shaft (or axle) along the structural elements of the stabiliser, making it lighter. Also, the hinge moments are more consistent along the shaft. (For the straight shaft on a swept stabiliser, there will invariably be twisting forces that must be absorbed by the structure. Say, the root section may experience positive moment with respect to the shaft while the end section may have negative moment).

Also, as Charles already noted, a swept axis may allow to move the stabilator a bit further back (while keeping the same overall hinge moment), increasing its lever arm and thus efficiency. This is because the attachment point at the root can be closer to the leading edge. But this is only a gain when the actuator cannot be moved further back for some design reasons (like on MiG-29).

On the other hand, the leading edge may interfere with the fuselage when deflected, necessitating a "stump" at the root (which you can also see on most jet MiGs). At the same time, you need larger deflection in order to achieve the same aerodynamic effect (see also this answer).

The perception that the shaft is too close to the leading edge is a bit of an illusion. In fact, it is just a bit forward of the 1/4-chord line: exactly where it should be, as can be seen in these diagrams. 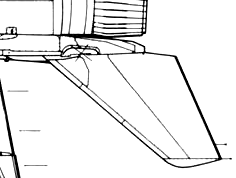 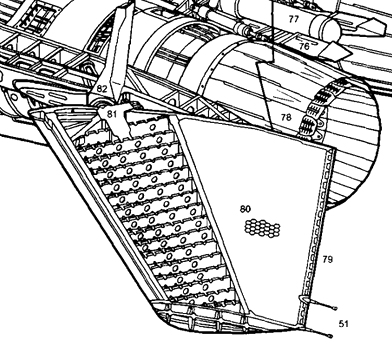 This arrangement is for a better fulcrum (not pun intended here) in pitching. Advantage is that they hide the plum of exhaust heat at some angle of view form the enemie aircraft

4
Axis of rotation of tail surfaces

36
What are these boxes built into the tails of some fighters?
8
What is the physical explanation for the formation and position of stagnation points on an object moving in a fluid?
7
Have there ever been forward-swept horizontal stabilizers, and what would be its advantages?
8
Are the vortex generators on the Cessna Caravan necessary and sufficient for safety of flight?
1
What should be the relative positions of a wing's aerodynamic center and center of gravity?
17
Why does the F-15 have a swept-back trailing edge at its wing tips?
2
What are the disadvantages of a tailless ultralight design?
1
What is the correct definition of "spanwise" and "chordwise" with a swept wing?
0
Component of net fluid force (lift + drag) along a 2D wing's chord cannot cause a torque,
1
Does the quarter-chord-angle rule still hold for wings with very long chords or large differences between leading- and trailing-edge sweep angles?