Do the rules used in modern soaring competitions forbid gyroscopic flight instruments, or forbid the use of AHRS-driven attitude displays, etc?

In the past, the rules for soaring competitions in the US and many other countries have not permitted gliders (sailplanes) to have working gyroscopic instruments installed, to prevent pilots from being able to "cheat" by continuing their thermal climbs into clouds in violation of the relevant air regulations and/or the rules in place for the contest.

(The hazard of putting dozens of gliders into the same cloud is obvious, hence cloud-flying was sometimes banned by competition rules even in nations where it was permitted by the air regulations.)

As a result of these rules, in the past it was not uncommon to see a glider at a contest with blank hole in the instrument panel where the turn rate indicator had been temporarily removed.

But an ASE answer has stated

These days, AHRS is dirt cheap, and it is available on many common flight computers and varios. 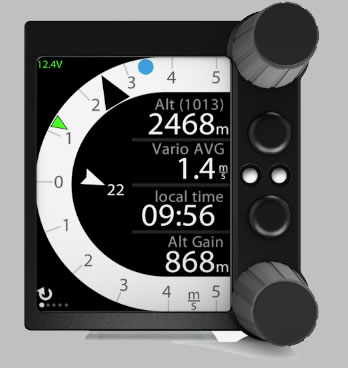 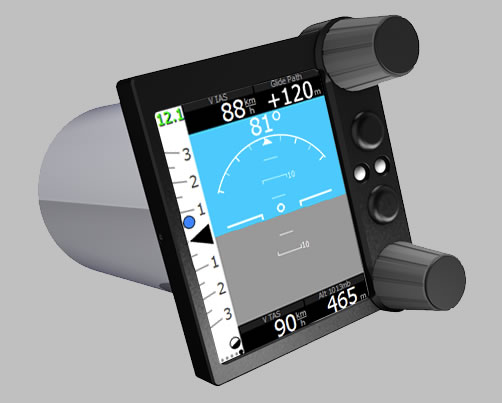 This advance in technology naturally raises the following questions--

Do the rules used in modern soaring competitions forbid the use of instruments with the capability of displaying a simulated "attitude indicator" driven by means of AHRS (artificial horizon reference system)?

If an instrument with such a capability is allowed, is there a requirement that the attitude indicator display not actually be used, i.e. that that particular display screen not be selected in flight?

If so, would the selection of that screen be "flagged" in some way such that it will be known after landing-- similar to if a motorglider uses its motor during a contest task?

A close look at the website that is the source of the images included in this question reveals that in the particular case of the "Butterfly" variometer, the articial horizon display "can be deactivated in a tamper-proof manner". Is such deactivation actually required by the rules in place for soaring contests?

Basically I'm asking if, in soaring contests where the rules prohibit cloud flying, there's anything other than "the honor system" in place to prevent pilots from using a modern variometer featuring an AHRS-driven attitude indicator display to "cheat".

Are the flight tracks evaluated afterwards and compared to the forecast or reported cloud bases? That would seem to allow for at least a thousand feet or so of "cheating" due to variations in cloud base over time and space--

My question is not meant to be specific to the USA, but answers should note which nation they are describing.

Any rules that apply to record attempts, badge flights, etc rather than to actual contests would also be of interest.

Some other related ASE questions and answers of interest--

In what airspace may gliders fly in clouds in the UK without an IFR flight plan and without contacting any air traffic control facility?

Other resources of related interest--

"Teaching Instrument Flying"-- Instructor Training Notes-- Dartmoor Gliding Society -- note the comment on page 1, "It is recommended that an ‘Attitude Indicator’ is not used for initial training because this leads to over reliance on a single instrument." As hard as it may seem for today's pilots to believe, there is a long history of cloud-flying in sailplanes, especially in European countries and Great Britain, relying on a turn rate indicator as the sole gyroscopic instrument. Older books such as "New Soaring Pilot" by Welch, Welch, and Irving (3rd ed 1977) discuss this practice in detail.

"Instrument Flying Training Notes"-- Dartmoor Gliding Society -- Note the comment on page 3, "The use of the AI is not included within this course."

As I'm not a competition sailplane pilot, I can't answer all your questions. The Soaring Society of America (SSA) sets rules for soaring competition. The newest version of the rules (2021) state:

6.6.1 Each sailplane is prohibited from carrying any instrument that

-Permits flight without reference to the ground

There is a supplemental document from 2012 describing possible waivers:

By waiver, the Rules Committee may allow the installation of such a device if the RC determines that the “artificial horizon” or “turn and bank” capability can be effectively and verifiably disabled for the period of the competition.

The rules and supplemental documentation can be found here: https://www.ssa.org/ContestRules

At a very basic level, VFR flight, whether it's power or glider, in any normal jurisdicton, requires cloud clearance laterally and vertically, and there's no exemption from national VFR regulations for glider competitions in any universe I know of. When soaring on a normal day, you are technically violating national VFR cloud clearance regulations just by nestling up into a cloud base at the top of a thermal.

So from a practical perspective, it's simply illegal unless you are on an IFR flight plan, in an aircraft equipped with the certified minimum equipment, which a glider with AHRS falls far short of. I don't know how a soaring organization in any Western country could authorize a deviation from basic aviation regulations like that.

Plus at a very basic airmanship level, intentionally flying around in cloud just for fun, without the specific training required to do it safely (you know, actual instrument flying training), is just crazy, and old practices doing that sort of thing in Europe or wherever in the past doesn't make it any less crazy.

Not the answer you're looking for? Browse other questions tagged avionics flight-instruments glider sailplane or ask your own question.

24
Can you fly a glider in a cloud on primary instruments?
2
Would the benign spiral maneuver be one alternative to dealing with being "stuck above" or inside a cloud?
0
In what airspace may gliders fly in clouds in the UK without an IFR flight plan and without contacting any air traffic control facility?

13
OBI, RMI, HSI... What combination do GA aircraft w/o glass typically have?
24
Can you fly a glider in a cloud on primary instruments?
31
Is it normal for gliders not to have attitude indicators?
0
In what airspace may gliders fly in clouds in the UK without an IFR flight plan and without contacting any air traffic control facility?