Can anyone identify this old airplane?

Can anyone identify this old airplane, and/or what era it's likely to be from? The photo is from northern Italy, and it's the only photo I have. I'd be very grateful for the help! 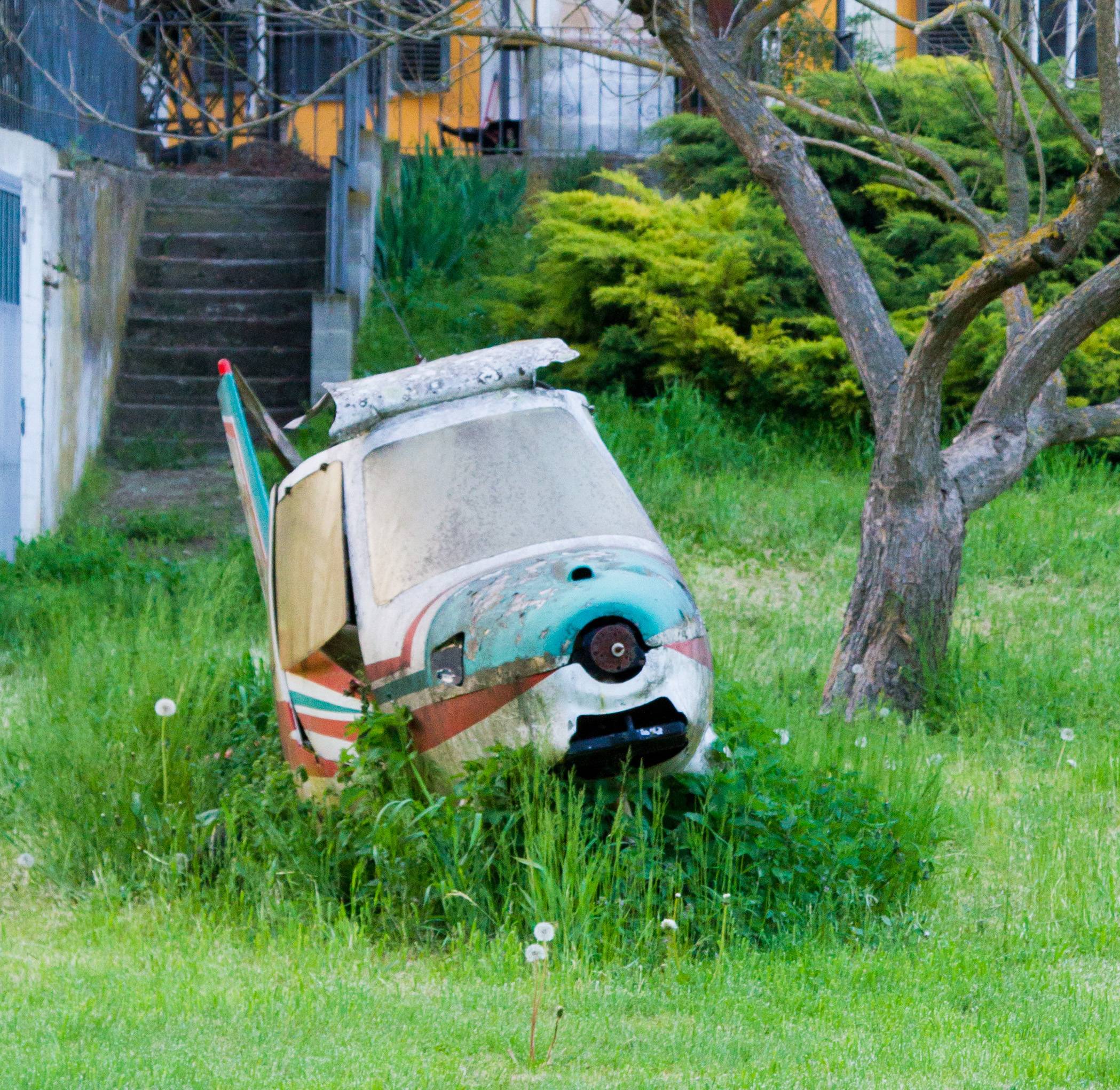 Reasons that it would be just a pretend airplane, perhaps the body of a wheeled vehicle:

But it does have an antenna poking out of the roof. Molto misterioso.

If one rotated the panel below the side window half a turn about the vehicle's pitch axis, its stripes would align with the cowl's. So it is indeed the door, not something else.

Through the gap behind the door, one sees what might be grass. The vehicle may not have a floor back there.

The appearance of what little of the engine is visible suggests a real airplane, not a (presumably unpowered) pretend airplane of some sort. It appears that those may possibly be the tops of air-cooled cylinders barely protruding from the side holes in the cowl.

The vertical tail looks 50's-ish or newer, w/ the squared off top. Obviously the plane had a high-wing configuration with the wing atop the cabin, though only the fairing remains.

The top-hinged window doesn't seem to be a "red herring"-- for example, Cessna 150s, 152s, 172s, and 182s had top-hinged windows-- but hinged to the door, not the fuselage! The door itself looks odd -- looking at the paint, one wonders if what appears to be the front of the door is actually the back, so that that door actually belongs on the other side of the airplane. Or if perhaps that is actually part of the horizontal tail, rather than a door.

Not the answer you're looking for? Browse other questions tagged aircraft-identification airplane or ask your own question.