Are anti-icing systems needed for any missile carried by a small combat jet? And if so, how is this achieved?

I realize of course that missiles typically fly at Mach 2.5+, so the compressive effects will heat the air around it. However, a jet is typically carrying the missile under its wing, and can be fighting at subsonic speeds. Flying through clouds or rain, or high altitude subsonic dogfight, are very ice-prone situations. If the missile has iced up and then is fired, it could fail.

Moreover, even at supersonic realms, there are other parts of the missile besides the nose and leading edges.

I highly doubt the inside of the missile will be hot enough to cover all those areas, especially the nose and wings. So do missiles need anti-icing, and if so, how is it achieved? If not, why not?

In a history of NASA's Icing Research Tunnel, "We Freeze to Please," NASA SP-2002-4226, Fig. 5-2 shows Hellfire missiles being tested. But it conspicuously mentions nothing about de-icing systems for them, unlike the many pages that it devotes to de-icing for other aircraft and aircraft parts. So it's likely that such de-icers are either still classified, or were deemed unnecessary.
Dohn Joe's remark, that Hellfires this icy could not be laser-guided, suggests that classified is more likely. 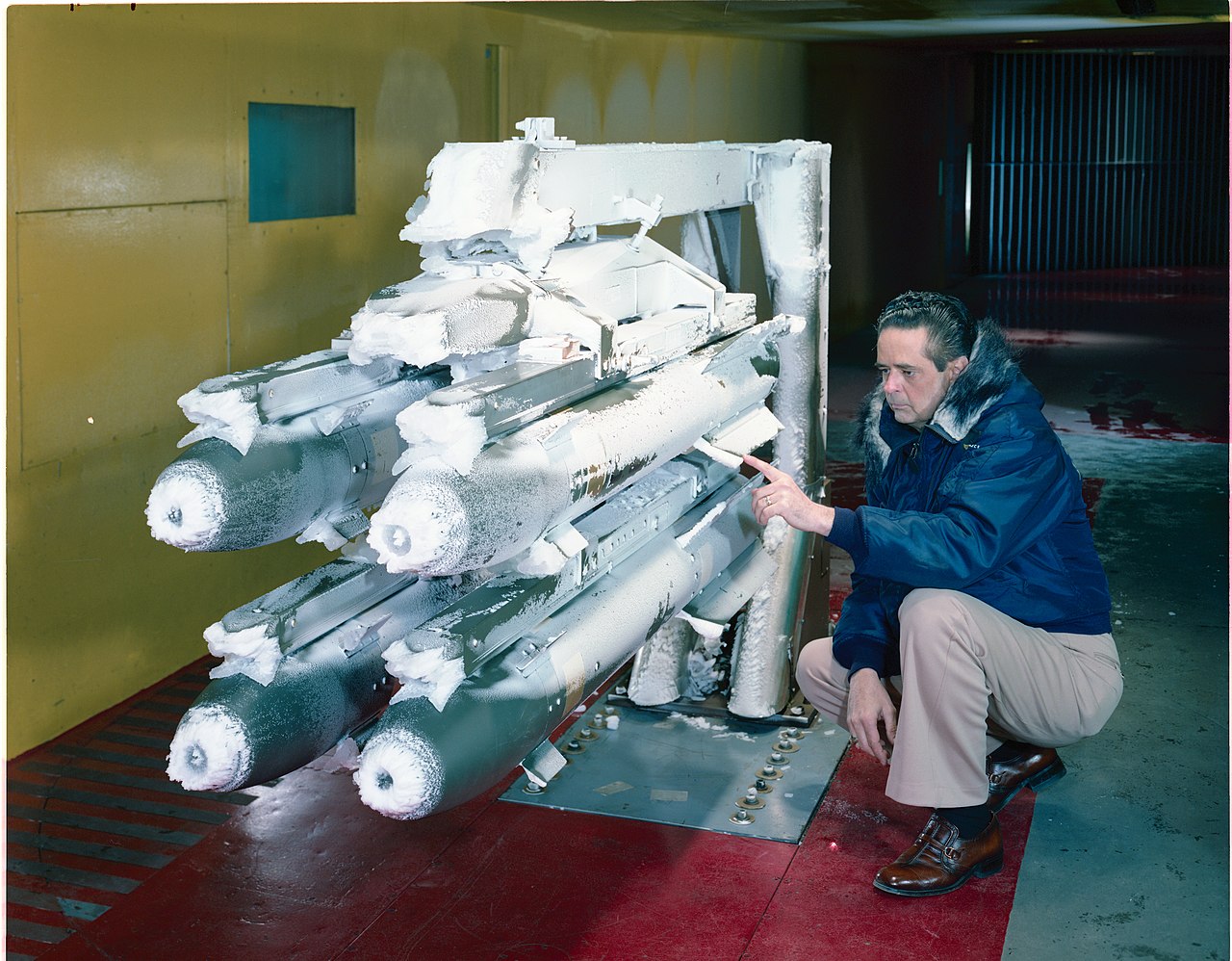 Apparently not, because they have no provision for that. At least none of the USAF/NATO missiles I've ever seen.

And it wouldn't be just missiles, but bombs as well. The arming vane on the standard M904 nose fuse has a vane that needs to spin for X seconds to arm itself. As well as the control surfaces on smart bombs.

If anti ice were a needed thing, one would presume that it would have been designed in.

No, for mostly the same reasons that fighters don't have specific provision for such systems: altitude, weight and complexity/failure rates.

Altitude: icing conditions are only encountered within a relatively small window of approximately 3,000 - 6,000 metres above sea level. Since neither a fighter or its opponent would want (or even be able) to fight in such adverse conditions (see linked question), they would simply climb to higher ice-free altitudes - at which point their weapons systems are implicitly no longer subject to icing issues.

Weight: every weapon system is constrained by many factors, one of the most important of which is its weight. And a missile already has relatively little weight to play with (e.g. the AIM-9H "Sidewinder" is ~87kg). Adding any subsystem(s) to a missile design would either increase the weight of the missile, meaning potentially fewer can be carried and/or decreasing its performance and endurance; or decrease the amount of explosive payload or fuel, making it less effective. Either way you are now paying for the weight of that extra subsystem, regardless of the actual weather conditions the missile is being used in. Since icing conditions are relatively rare, that means in the majority of cases of missile use, anti-icing equipment would be dead weight.

Complexity: adding another subsystem to what is already a complex weapon would exponentially increase the likelihood of failure, due to interplay between the new subsystem and the existing ones. What's worse: having a missile you know that cannot operate in specific weather conditions, or one with a higher failure chance in any weather?

Even a "winter" foe such as the USSR/Russia is subject to the same constraints as above. Their aircraft and weapons systems are likely to be slightly more capable in icy conditions simply because they have more experience with such conditions, and it is possible that as a result of that experience they have been able to design lighter and/or simpler de-icing systems - but the simple reality remains that if there's a choice between fitting an entire subsystem or simply telling pilots to get above ice formation, the latter is going to be the simplest and most logical choice.

It's also pertinent to note that fighters that carry missiles internally would implicitly be more capable combatants because those weapons would not be subject to icing before launch, and after launch their speed would preclude it - but of course, that assumes that fighter is itself actually able to operate within icing conditions to begin with!

Missiles, at least the ones in question, do not need anti-icing as much as aircraft do.

The typical air-to-air missile has roughly the following mission profile:

The numbers are very approximate, give or take 500%, model-dependent, but this is the general idea. An air-to-air missile is not a fixed-wing aircraft. It's more of a bullet that can turn a little (or a lot) to get on the exact intercept course towards its target.

What happens when a surface gets iced is partial loss of lift production.
Fixed-wing aircraft require L=W (lift=weight) to sustain level flight; if L<W, they will lose altitude. The wing can only produce so much lift. Increasing the angle of attack to add lift reduces the L/D ratio, so the aircraft will lose range - potentially so much that it can't land.

Fuel is the limit. Airliners, for efficiency reasons, try to carry just enough fuel to the destination, plus the mandatory reserve. Combat aircraft have to choose between fuel and payload. All in all, multiple-use aircraft have limited thrust, limited fuel, and have a destination to reach, so the margin for acceptable loss of lift is limited.

An air-to-air missile is never in sustained level flight, the way an airplane is. It may have L>W or L<W, using its kinetic energy from the initial acceleration phase to adjust its trajectory. The maximum range of AAM can be as high as 100 miles and more, but the average range they're fired at is a fraction of that maximum, for many reasons - detection, rules of engagement, effectiveness, repeat launches. In short, range is not very important.

Icing will severely degrade a missile's performance, primarily by reducing the seeker's capabilities. The loss of control surface effectiveness is a secondary, less significant effect. But the control system in any modern missile is fully computerized and relies on feedback from the INS and the sensor to judge the required control surface deflection, not just on assuming a given transfer function. In other words, if the fins are only 30% effective, they will have to be deflected more and for a longer time. The missile will have less range and less maneuverability, but it's still useful.

Half-joke, but "they don't call them hit-iles". Any missile launch being hit or miss is a given. Icing conditions will greatly reduce their effectiveness. But as a design balance, if you expect e.g. 5% of your launches to be in icing conditions, and icing to reduce the Pk by 50%, fitting an anti-icing system could make a difference between an overall Pk of 39% and 40%.

Failing an extra 1% of the time is not decisive for a single-use device such as a missile. On a multiple-use aircraft, on the other hand, that 1% failure rate would be completely prohibitive.

In short, air-to-air missiles don't get deicing because:

This is for AAM. Some long-range cruise missiles (AGM-109 and foreign counterparts) do have deicing, but only for the engine inlet, as it's too bulky for the wings.

I asked a colleague who worked as a combat aviation pilot in the Russian Air Force, he said that from what he knows, combat missiles (for example such as - Kh-25) are not equipped with anti-icing systems, BUT they are covered with a special anti-icing varnish.

Offtopic: Nevertheless, there are missile cooling systems for operation at high temperatures

Remember Ironman "So how did you fix the icing problem?". The idea of de-icing, let alone the implementation of, external equipment like bombs, missiles, wing tips & fuel tanks used to be classified. The theory was that enemies who try to copy the technology might get a surprise eventually and would be discouraged from challenging the powers that be. 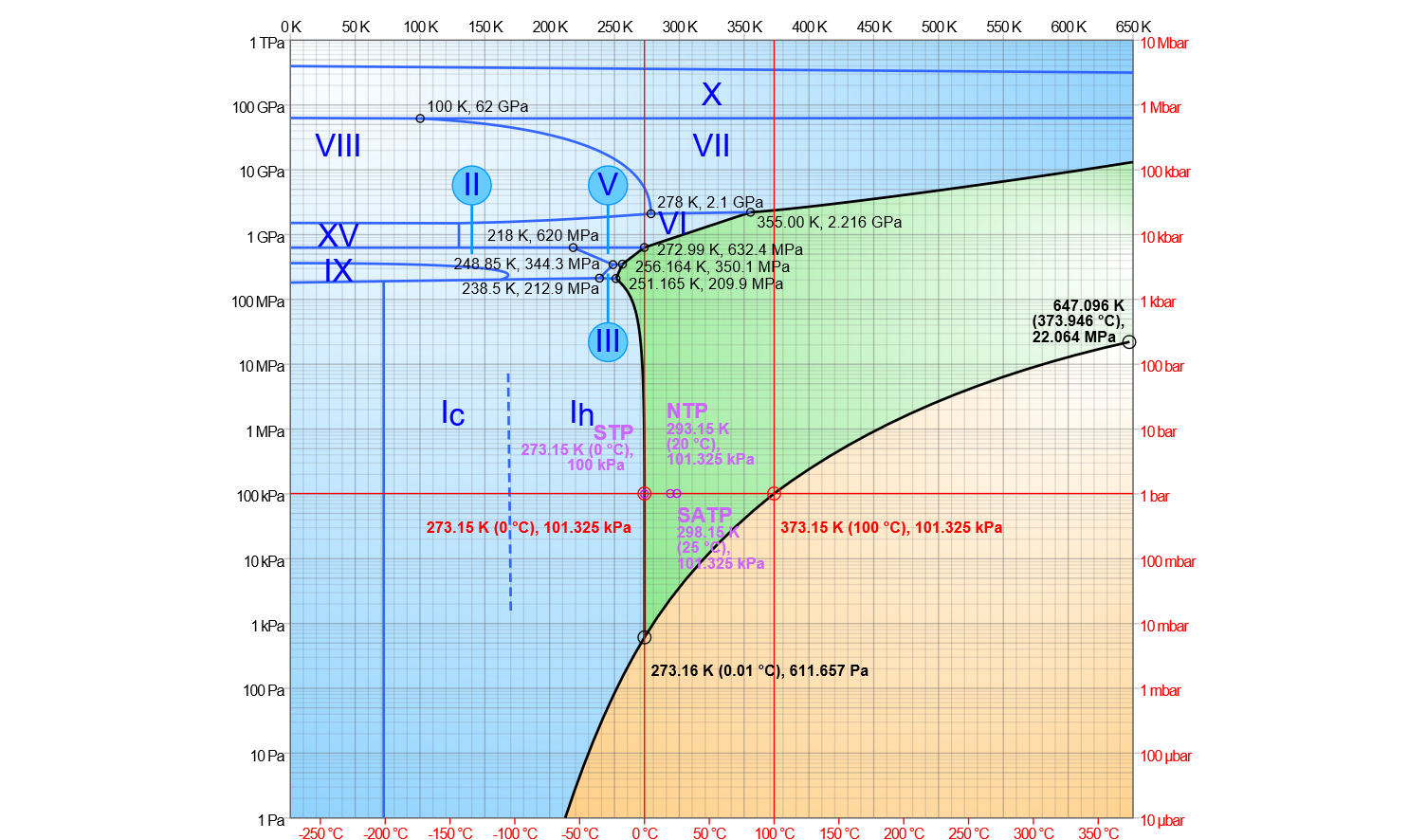 Flydog update:
Increasing altitude generally gives lower surrounding air pressure. Bernoulli's effect is the reduction of pressure due to increase in fluid flow (relative) velocity, being one of the sources of lift in current aviation. The pressure inside the plane does not affect the pressure outside the plane, and therefore icing conditions, and is always greater than outside pressure in flight. In addition to lift, icing also affects pressure instruments such as Altimeters, Airspeed indicators, and Vertical Speed Indicators. 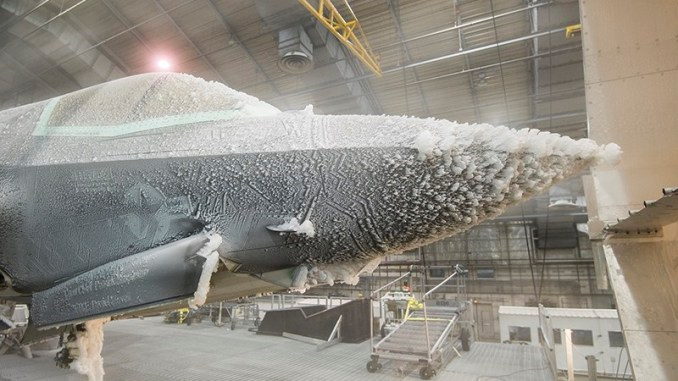 Another method of breaking ice crystals forming is to increase pressure then reduce it (generating heat then cold around the iced area) to produce a shock (similar to that of rubber boots), as demonstrated in this volcanic flight, and is often as simple as changing altitude. The same reason results in vapor cones/ballerina skirts forming when increased localized air pressure generated by air compression from supersonic travel suddenly drops (usually behind wingtips or canard). 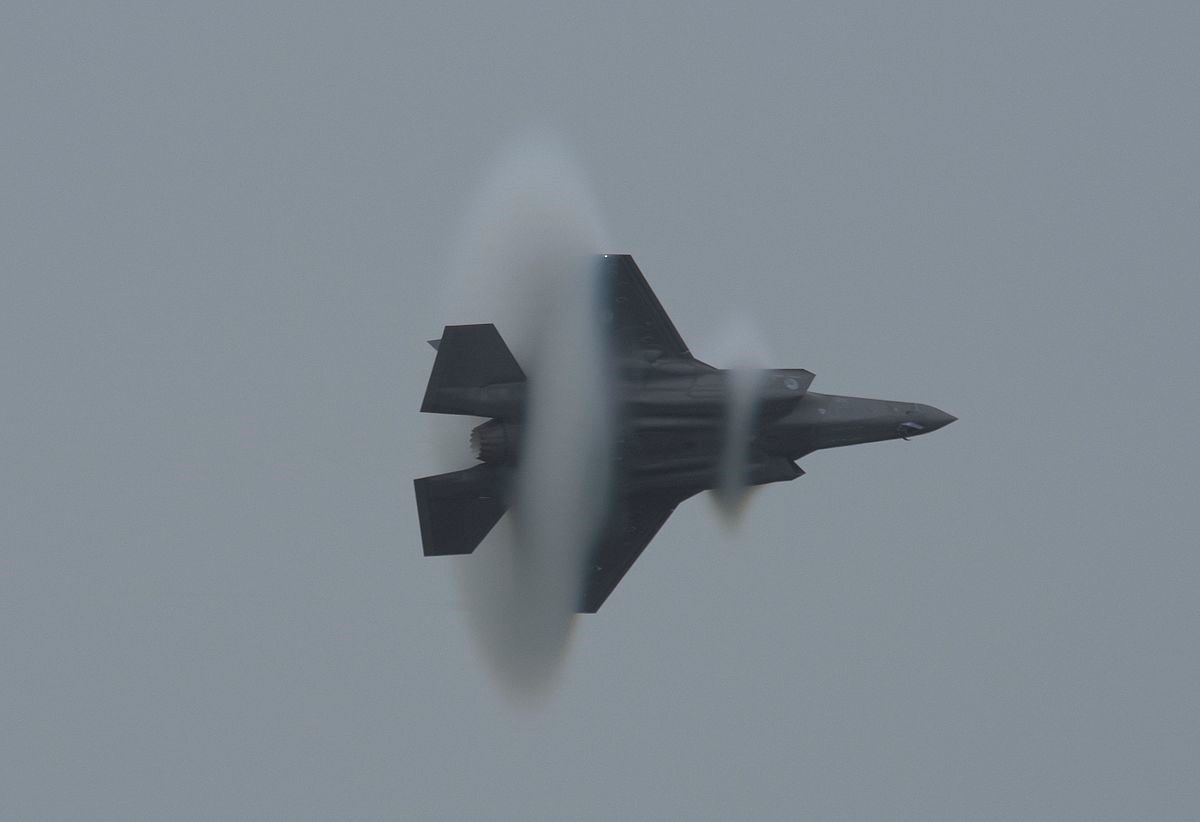 Air pressure can be increased by adding molecules (as in supersonic travel compressing leading air) or addition of heat eg. by 'hot wings' or generated by compressing air (from supersonic travel, as in ramjets). If your confusion stems from the chart, the chart illustrates the effect of pressure on state (& temperature) of matter; it's not a chart of altitude vs pressure.

Not the answer you're looking for? Browse other questions tagged missiles icing anti-ice or ask your own question.

21
Do fighter jets have deicing in their wings?
5
When and where are anti-ice required for supersonic flight?

14
Why do only some aircraft require tail anti-icing?
33
How are anti-aircraft missiles tested?
10
What is the ultraviolet signature, if any, of aircraft and jet engines?
4
Is anti-icing a small area of the windscreen (hot-plates) adequate for the full flight or only an interim solution?
8
Is it possible for a fighter jet to shoot itself down with an IR missile?
1
Who else is using electro-thermal wing anti-/de-icing apart from the 787?
5
What are some Anti-icing solutions for small planes without an on-board system?
8
Why is the Tu-204 virtually immune to wing and tail icing?