What are benefits of unloaded wingtips?

(I know that unloaded wingtip reduces bending moment,so structural weight can be lower, thus reduction in L/D and higher net wing lift (lift minus wing weight), but you can connect wingtip with wire and use elliptical distribution..so..) 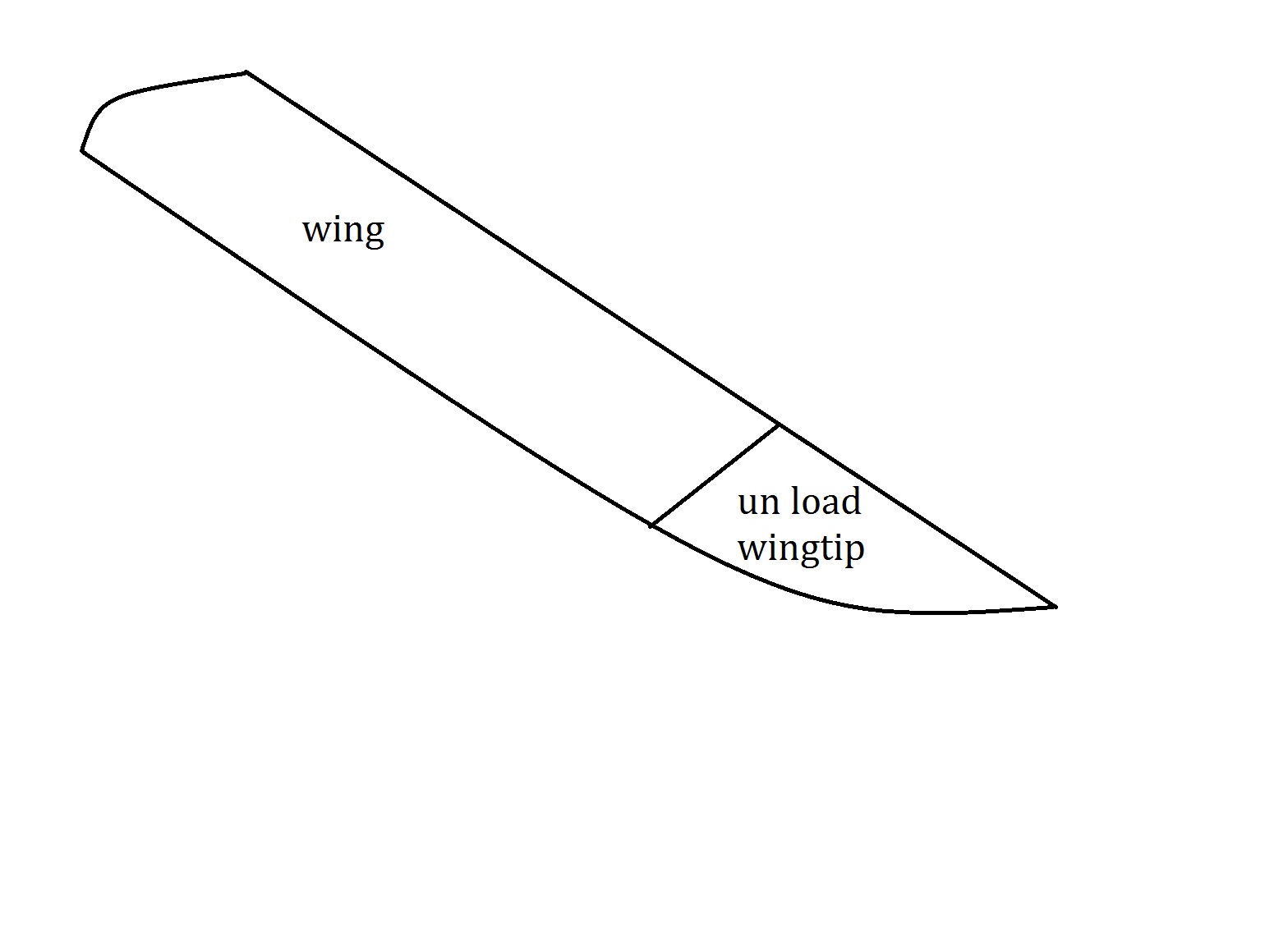 Twofold (at least): firstly it results in less energy going into the tip vortices, secondly, is the reduction in lift is gradual towards the wingtip then it tends to reduce the spin tendency - the angle of attack of the tip is typically lower than at the root and so it will stall later than the root. In a slow-flying aircraft such as a paraglider the airspeed may be significantly lower at the tip when turning, and so the angle of attack for a given sink rate will be higher, increasing the risk of a spin.

I don't think any kinds of external wires are going to affect the aerodynamic properties of the zero-lift tip, they will just add their own independent effects.

For a swept wing the benefits are more profound. The most visible difference is that it acts like a "tail at the end of the wings" to confer pitch stability and control, so the wing can be tailless. It also improves directional stability so that for a pure flying wing (an all-wing), no tail fin is needed either (yaw control is then effected by "drag rudders" located outboard near each wing tip). Then, the lift over the tip section is mostly a little above zero. Due to its washout and the upflow induced by the inboard wing sections, its lift vector is tilted forwards, which can lead to negative induced drag, i.e. a small amount of thrust. This not only makes the wing more efficient, but also in the turn it creates proverse aileron yaw, which is a tendency for the plane to swing into the turn. Adverse yaw, the tendency to swing the nose out of the turn, is a problem with constant-angle (zero washout) wings and, especially when swept, can lead to Dutch roll and other unpleasantnesses.

6
What are the benefits of a pivot wing?
10
What are the benefits of a 'cranked arrow' delta wing?
1
Could reduced-lift wingtips allow an airplane to generate less wake turbulence?
7
Why does the A320’s maximum allowable aileron deflection decrease, rather than increase, when the flaps are extended?
2
Elliptical wing planform and elliptical lift distribution
5
How to calculate bending moments and shear forces on a wing?
4
Why this inertial regulator of dragonfly wing pitch reduces self-excited coupled flapping and feathering vibrations and improves gliding flight speed
1
Is there an ideal lift distribution for human-powered aircraft?
1
What justifies a biplane over a braced monoplane?