Why do few small planes have reflexed flaps?

Reflex flaps capability is very common in flapped gliders, but outside of gliders I am only aware of the Maule which has this feature. https://aviation.stackexchange.com/a/37753/20394 shows the advantage gliders gain from reflex position, so presumably this would hold for more aircraft than just gliders. 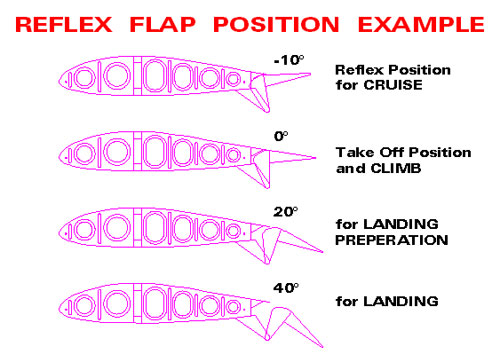 I can see how with certain types of flaps, such as fowlers, the mechanism would be impossibly complex. But for other types with a simple pivot this must be more attainable.

I'd guess that it's because gliders are optimised for low speed in rising air and their aerofoils have lots of camber. Reflexed flaps allow them to reduce the camber for high speed flight, but the resultant aerofoil isn't as good as a proper low-camber, high speed aerofoil.

RC power models generally have plenty of power to spare and either don't care about drag or it only matters at high speeds. Their aerofoils are generally low (or zero) camber already so they don't need reflex flaps to achieve it.

32
Why is it rare for small aircraft to have winglets?
20
Why and when to use flaps?
26
Why does a missile have small wings but better agility than a plane?
9
What advantages and disadvantages do tri planes have?
0
Does the Piper Aztec have flaps and slats and if so what kind?
12
Why does stall speed decrease when flaps are deployed?
6
Why don't rudders stall at 30 deg deflection, as they don't have downwash to reduce local AOA like flaps and horizontal tails do?
1
Why are there so few carrier capable delta wing aircraft?