Can anyone Identify this FLY FAIR seaplane?

This photograph, from my family's collection, of a high-winged, dual rotary engine, amphibious airplane, probably in the 1930's, appears to be an excursion plane at a fair since it has "FLY FAIR" written on the wing. It appears to have the ID number of NC-155, or NC-156, or NC-158. It is difficult to recognize the last number. I have searched and searched and not only cannot find other photos of this particular plane, but I can't find any photos of an identical plane. I'm looking for Make, Model, and any additional information you may have. Your help is greatly appreciated. 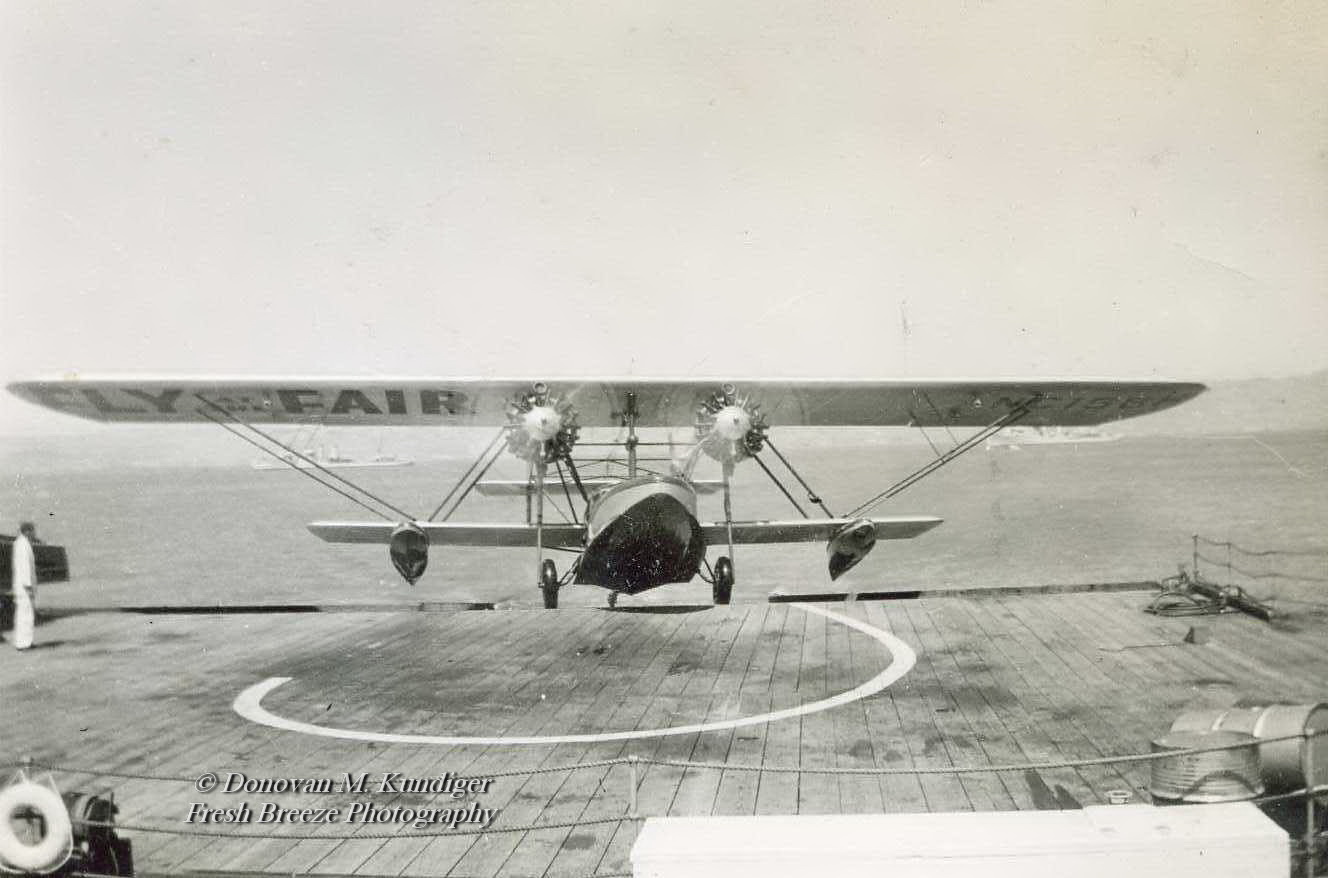 That is a Sikorsky S-38B

I am not sure about the registration. My guess is NC196H, but it is one out of this list:

The FLY FAIR marking may be a reference to the 1933/1934 Chicago World Fair / "A Century of Progress International Exposition". Jamiec found this photo album by George Buivid on auction that documents a trip to the Chicago World Fair in Sikorsky's own S-38 aircraft: 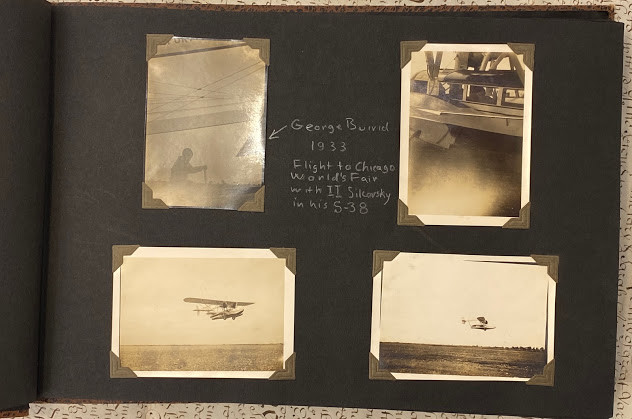 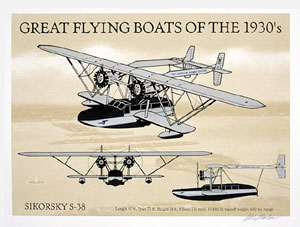 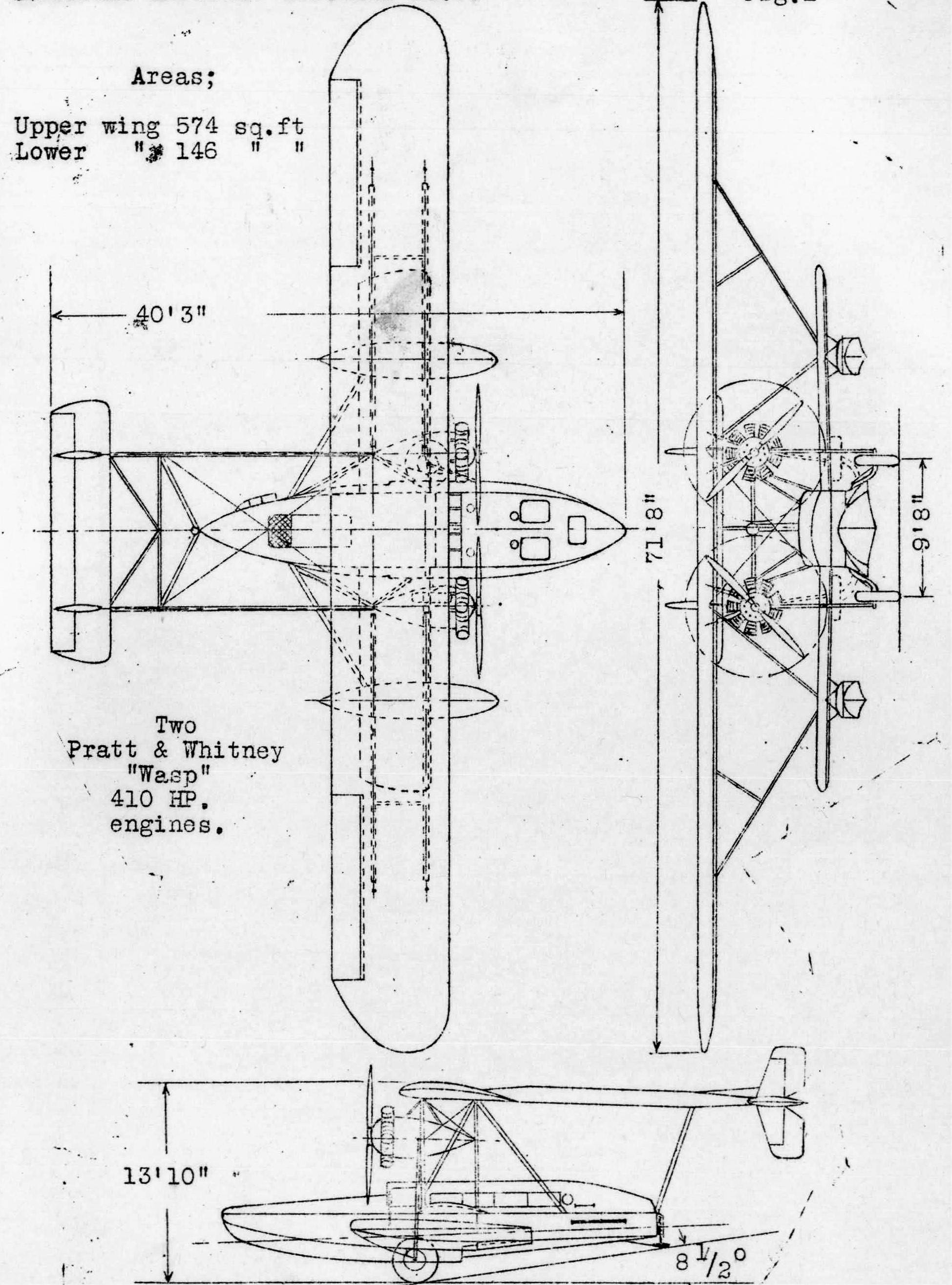 The aircraft is clearly a Sikorsy S-38. Looking at the aircraft's left wing, underside, far outboard, in the photo in the original question-- the first two digits in the registration number after the hyphen clearly appear to be "15" not "19". With a little less clarity, the third digit appears to be "8" or "B", not "9" or "6" or "5", and the last digit appears to be "H". So there you have it-- NC-158H or NC-15BH. The former coincides with one possibility out of a list 7 offered by this related answer to the same question, while the latter appears not to conform to the numbering system used in registration numbers beginning with "NC".

To see the image more clearly, a useful trick is to try tilting the computer screen up or down, or to raise or lower your head to change your line of vision to the screen-- this has a similar effect to adjusting the contrast of the photo.

Looking closely, we can also discern that the full text on the underside of the aircraft's right wing is "FLY AT THE FAIR", with the words "at" and "the" being in small print and stacked vertically one over the other.

One last note-- if we look carefully at how the bottom of the letter "F" in "FAIR" is mostly lost to view due to the curvature of the underside of the wing near the wingtip, this helps us see how the last character in the registration number is consistent with the letter "H".

Not the answer you're looking for? Browse other questions tagged aviation-history aircraft-identification airplane multi-engine seaplane or ask your own question.