Why don't flights fly towards their landing approach path sooner? 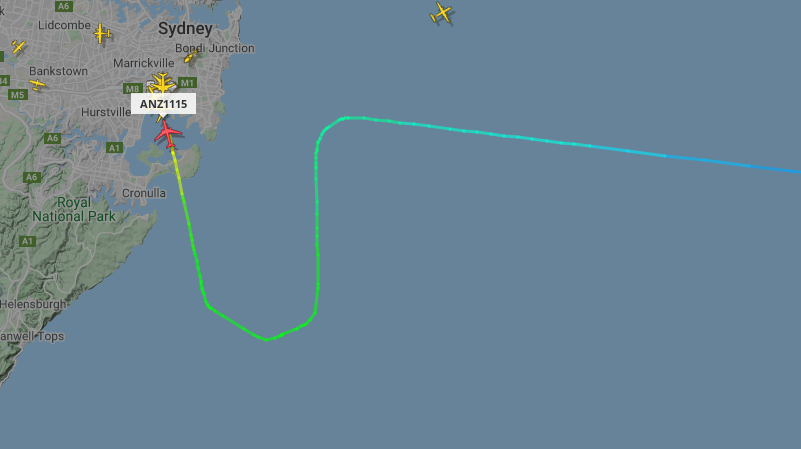 For example shown here, the flight is heading to the centre of the airport, until it gets close when it then moves into it's landing path. This is an inefficient use of time, fuel and emmissions, why can't the airport tell the aeroplane exactly which runway and direction it will land earlier so it can more efficiently head towards the approach.

In general, IFR flights through controlled airspace use airways (highways in the sky) to fly between waypoints. The particular flight you show looks like it arrived via the N774 airway to a waypoint MARLN:

(from the Jeppesen chart for MARLN5 at YSSY)

From somewhere after the JAKLN waypoint, the air traffic controller (ATC) would have instructed the flight to turn right to intercept their final approach path (probably to runway 34R).

All of this structure (airways and procedures around busy airports) exists to allow for an efficient flow of traffic that can be easily managed by ATC. There are many things to consider when these paths are designed:

Nonetheless, one can deviate from these fixed routes. ATC might clear an aircraft on a more direct route if traffic and restricted airspace allows this (very common right now due to the pandemic). Some countries have even removed all high altitude airways and replaced it with Free Route Airspace.

The problem with setting an aircraft on a direct route for final approach interception is that this would have to be done far away from the airport. The aircraft needs time to descend and slow down (usually more than 100 NM). At this point they are typically not handled by the approach controller for the airport they are landing at, but still by the Area Control Center (ACC). This would require significantly more coordination between various controllers and is probably not very efficient in busy airspace. During the current pandemic with significantly less traffic, you might see it though.

Most airports have approaches designed to be as straight-in as possible for the reasons you describe. Cases like this one in Sydney are in the minority (for major airports at least).

This is the approach route in question: 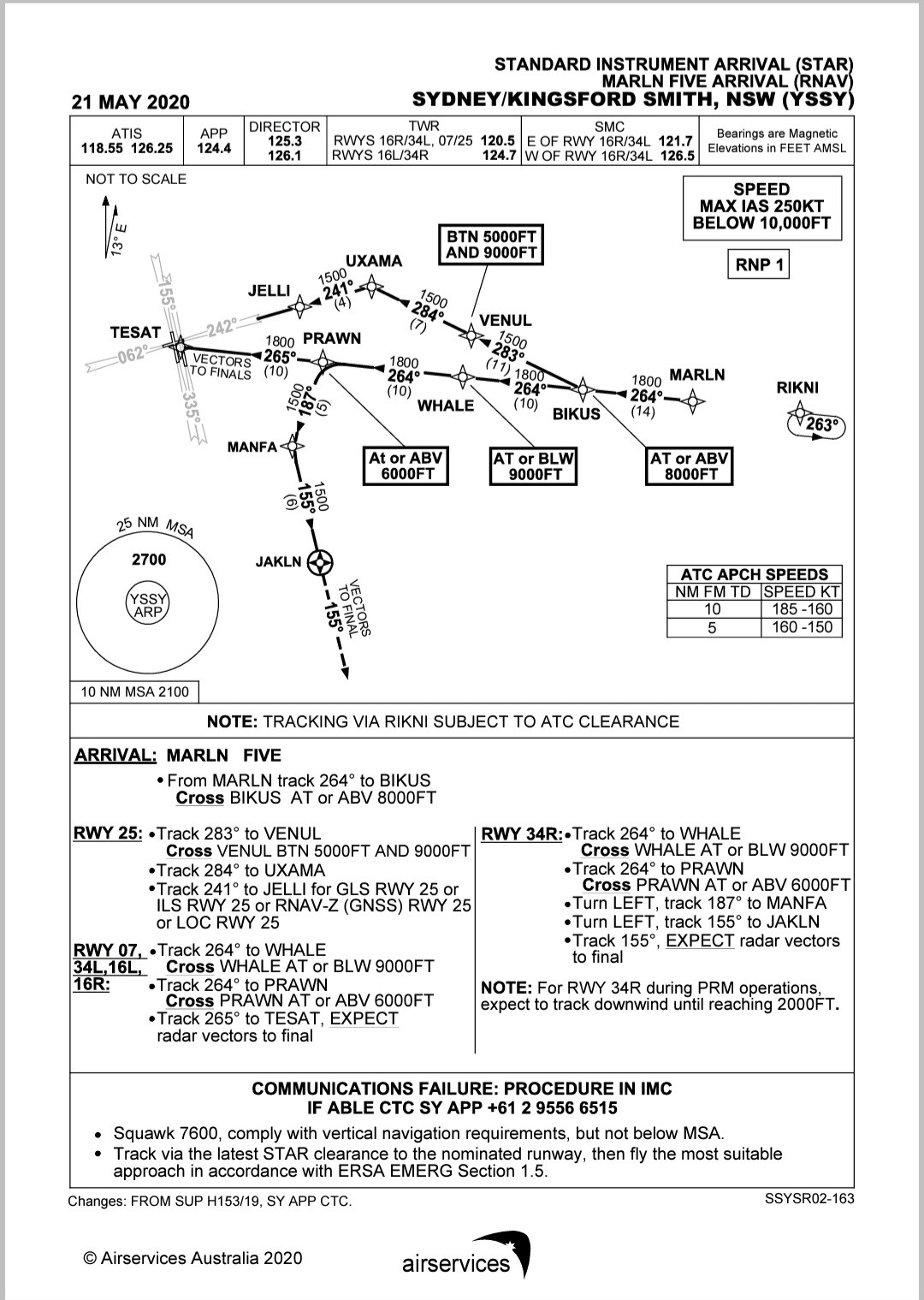 As to why YSSY specifically has such an inefficient approach? I'm not 100% certain but I can think of a few contributing factors. Sydney airspace overall is a mess, with two defence force zones, large GA airports, and restricted airspace over the harbour. Also, due to the proximity of the airport to the city millions of people are affected by aircraft noise. There are powerful lobby groups, and enough electoral seats under the flightpath that the federal government could easily fall if they took a pro-airport stance such as lifting the curfew or the hourly movement cap. Changes to any of the flight paths, even just over the ocean, require community consultation and could stir up a lot of angst. Basically, it's a huge job.

All of this leads to: the flight paths haven't had a major update in a long long time. I suspect that this route merely replicates what the route was before we received the flexibility of GPS/RNAV approaches, back when you basically flew VOR to VOR. Nowadays, you would only design the approach in this way if there was some other airspace restriction or terrain (but being over the ocean, neither of those apply).

Fortunately, with the new Western Sydney airport finally due to open in 2026, a whole re-think of the airspace is about to commence and the approaches will hopefully be made a tad more efficient.

When the landing approaches, pilot has to reduce the speed of the aircraft and maintain the lower speed and distance to avoid accident. Pilot has to slowdown or else he will not be able to land at the destination airport. Moreover due to the congestion in the aircorridor, pilot can be asked by ATC to take more rounds so that the landing is safe and enough time is provided for other aircrafts that are either landing or taking off or taxiing. Once I saw One International airline, suddenly abort landing and raise the altitude, may be due to ATC's instructions. I can only see the flight above as the engine made a roaring sound all of a sudden.

ATC isn't incentivized to reduce CO2 emissions. To do so would require re-architectiing their whole SIDs and STARs (to make them dynamic based on AC type, weather, traffic, and other factors). I vaguely recall reading about a (US) FAA initiative to modernize the vector airways to optimize for descent rates, etc but that will take years. Ultimately, it's the airline who bears responsibility to minimize fuel consumption and government who is responsible for separation.

I'm not myself an aviator, but I imagine that the downwind, crosswind leg, and final also give the crew a good feel of the surface meteorological conditions.

My final $0.02: ultimately the best way to minimize CO2 is to not fly for leisure. Look at youtube for all the frivolous flights of people globe trotting just because they can. It's simply un-sustainable.

Not the answer you're looking for? Browse other questions tagged approach flight-path or ask your own question.

42
Do airplanes need brakes in the air?
8
How frequent are unpublished holding patterns outside general aviation?

8
Are there any widely applicable models for plausible aircraft auto-routing?
5
How can one fly a stabilized approach when the final approach path is curved?
7
How to handle vacuum and turn coordinator failure in IMC?
5
Why wouldn't KJFK offer the ILS for 22L?
9
Why would a pilot on final to a towered airport not speak up when ATC clears another aircraft to land on the same runway, without mentioning them?
9
What prevents the use of a multi-segment ILS for non-straight approaches?
6
Why do eastbound transpacific flights fly at lower latitudes than their westbound counterparts?