Why do most aircraft with variable incidence tailplane have the possibility to trim much more degrees for nose up than for nose down?

Probably the question will be a little bit confusing but I'll try my best to make it clear.

Due the position of the CP with respect of the AC, symmetrical airfoils don't produce pitching moments, but cambered airfoil having the CP behind the AC produce a nose down pitching moment.

If we consider now the CG effect, a CG forward the AC will cause a nose down pitching moment, an aft CG the opposite.

Most aircraft with variable incidence tailplane have the possibility to trim much more degrees for nose up than for nose down. 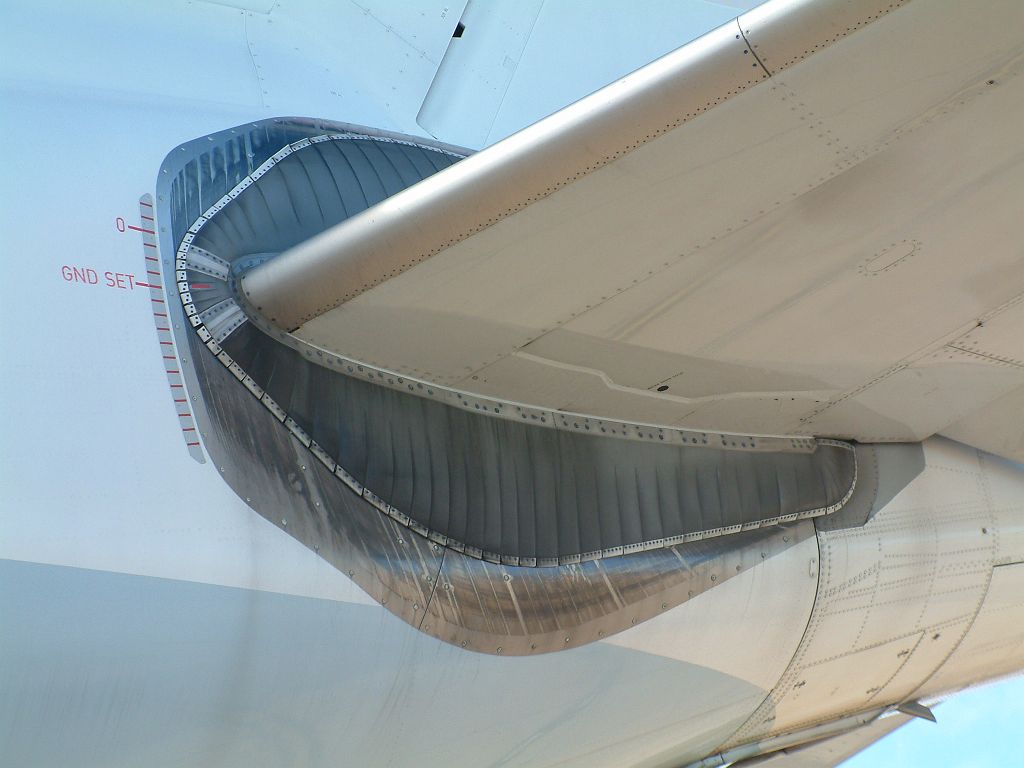 Is this mainly due to the position (and range) of the CG, delianeated during the design phase and normal flight operation?

Is the pitching moment of the wing (only), much less relevant?

The wide negative trim range is for operation with lowered flaps.

Fowler flaps shift the center of lift backwards both by adding wing area at the trailing edge and by increasing camber. Both effects require more downforce on the tail to shift the sum of all lift forces such that it remains at the center of gravity.

For a given amount of fuel

There will be an optimal aerofoil for each of these, and new designs can be attempted if there isn't one that fits the requirement or it is felt that there's room for improvement.

There are some aerofoil properties that tend to be common for the bulk of the commercial jet designs, as most of them are chasing similar goals:

(** Angle of Incidence: wings are mounted with the leading edge higher than the trailing edge, so the angle between the average chord line and the longitudinal axis of the airplane is fixed and it is called the Angle of Incidence. Thus an airplane rolling down a runway already presents an AoA of a few degrees and inflight, we don't have to cruise at an uncomfortable pitch attitudes of 5 to 6˚ nose up )

The physics of aerofoils and aerodynamics, as mentioned above, dictate that, the airplanes are mostly flown at different nose high attitudes of upto 20˚ including the slat/flap extended regime of flight, and climb phase. Much lesser part of the flight is spent at negative pitch attitudes of 0 to -4˚ for descents. Thus the 'lopsided' stabilizer range.

The Stabiliser settings for take-off depend on the CG, GW (Gross Weight), Flap setting, and T/O Thrust for the flight so as to present a 'standard' stick force and control effectiveness for the pilot and it must be understood that though weight acts through the CG, the GW is actually acknowledging the Lift being created by the wing to lift that weight.

BTW, a symmetric aerofoil produces no pitching moment only at zero Angle of Attack. Mount it at a small angle of incidence and it will produce a lift component acting through CP. It's just that there are other aerofoil shapes that have fewer compromises affecting the typical design goals.

Not the answer you're looking for? Browse other questions tagged aircraft-design aerodynamics flight-dynamics trim horizontal-stabilizer or ask your own question.

13
Why is there this open gap (?) above the root of this DC-10's horizontal stabilizer?

8
Why does the A-320 allow 1.3 degrees more left rudder trim than right?
0
Which moments are acting on a flying airplane?
18
Why do many light aircraft have a trim tab on one side of the elevator only?
2
Why does instability in pitch lower trim drag for an aircraft with a tail?
8
Why does the MCAS use the horizontal stabiliser rather than the elevators?
6
Why does the use of reverse thrust on the DC-8 generate a pitch-up moment rather than a pitch-down moment?
3
In helicopter's forward motion, how is the forward pitching moment taken care off?
3
Why are the A300/310’s electric pitch trim switches inhibited with the autopilot engaged?
4
Calculate pitch balance of RC glider?
6
Why doesn’t the A320 have any provision for manual aileron trim?