Has anyone tested or flown permeable wings to increase efficiency?

See this article: Aerodynamic Performance Improvements Due to Porosity in Wings at Moderate Re

Was wing porosity ever tested/used for real aircraft?

The aerodynamic efficiency parameter clearly shows the positive effect of the permeability for low angles of attack. Having a permeable section on the airfoil surface will provide better aerodynamic characteristics when the angle of attack is less than 10°. This is compatible and in agreement with the observation of other researchers on the effect of the holes on the aerodynamics characteristics of the airfoil that concluded that “at a transitional phase where Re= 40,000 and the angle of attack ranged from 0 to 9°, the L/D ratio was higher compared to the same wing without holes 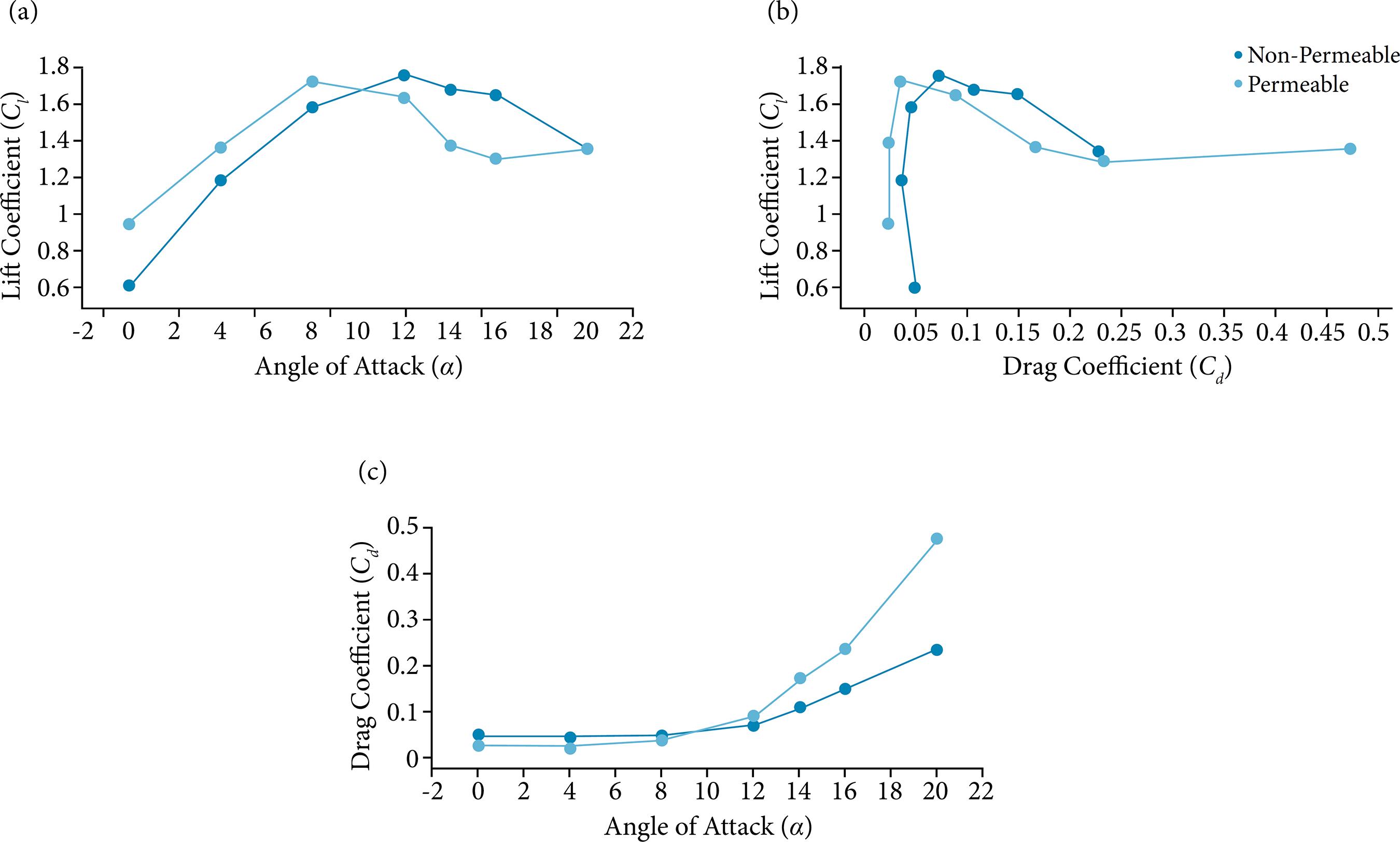 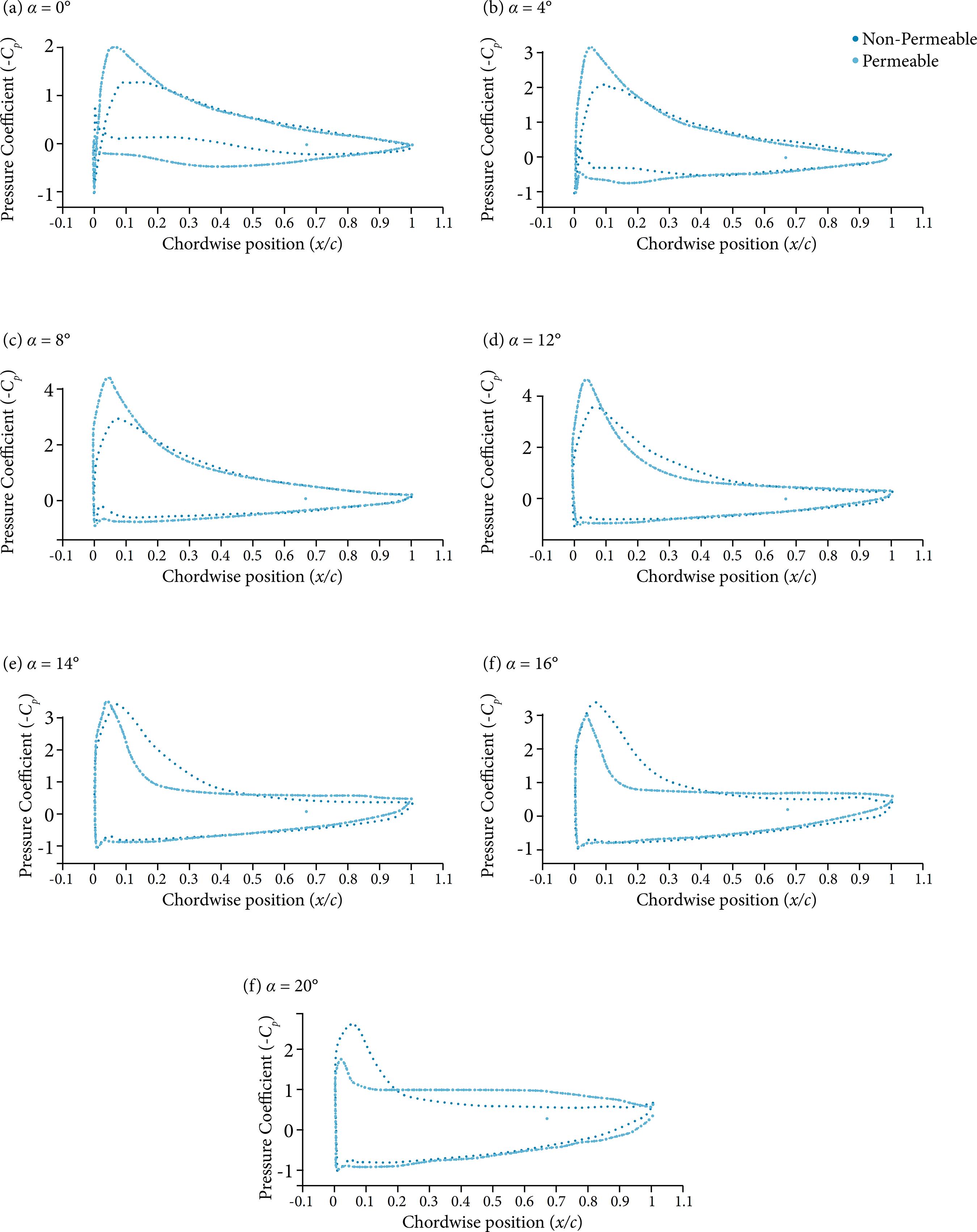 Not really a great answer but: Tested - yes I believe so. Actively used - not to my knowledge/unsure. The structural complexity of this is challenging, and the cost to benefit probably isn't compelling enough for "traditional" configuration aircraft.

First, analyzing the data shows some lift and drag benefits at low AOA but much worse performance at higher AOA. Why?

Because with undercambered wings, at higher AOA the concave bottom creates a higher pressure lifting "bubble" which a "permeable" area hurts. At lower AOA, a little "bleed" through the wing may enhance lift and reduce drag by delaying boundary layer separation on the upper wing surface. Slotted ailerons and flaps are known to be highly effective in full scale aircraft for the same reason.

Using the Reynolds formula to check 40,000

we see chord and velocity to be on the order of a small bird. Highly cambered wings such as these have a very limited speed range and area rarely seen on full scale aircraft (Reynolds number around 2 million and up), which utilize slats and flaps (similar) for lower speed flight. These are retracted for cruising to reduce drag.

As a final thought, looking at modern airliner wing design, an alternative to permeable trailing edges is to have no wing there at all. This is what is achieved with higher strength composite building materials: higher aspect ratio.

0
How to find trim condition of a sectional airfoil without knowing the angle of attack?
3
What factors are included in the moment coefficient of a wing?
13
Why are wings load tested upside down?
10
Is this paragraph about the dihedral effect in the FAA's Glider Flying Handbook correct?
1
How to calculate the forces and moments required to aerodynamically actuate slats?
11
Why does the aerodynamic center exist?
0
New Research: VGs increase lift to drag ratio up to 880%. Does it work for flaps too?
0
A question regarding airfoil parameters
1
Can Bell-lift distribution increase glider efficiency(L/D)?