When and where are anti-ice required for supersonic flight?

How fast do you need to fly so that heating makes anti-ice irrelevant? How does it depend on the part of the aircraft? Presumably the leading edge is the first part to warm up without anti-ice. Are icing conditions different at typical supercruise altitudes? Is there meaningful water up there?

How fast do you need to fly so that heating makes anti-ice irrelevant?

(using $ \gamma = 1.4 $ for air). The SAT does not usually go below -56.5°C in the International Standard Atmosphere, which is the usual temperature in the lower stratosphere (where most supersonic aircraft fly). 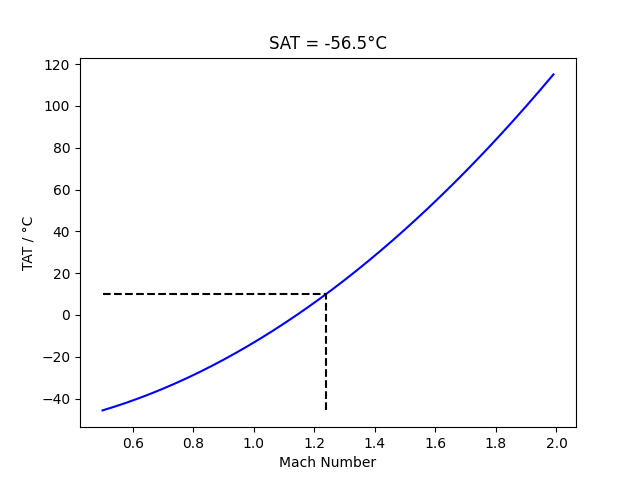 At Mach numbers above $ \sim 1.24 $ the resulting TAT will be above 10°C, which is usually defined as the upper temperature, where icing conditions exist.

How does it depend on the part of the aircraft? Presumably the leading edge is the first part to warm up without anti-ice.

Yes, the leading edges would warm up most, but they are also the only part of the aircraft that could possibly accumulate ice. Aircraft that are certified for flight into known icing conditions typically have de-icing or anti-icing systems on the engine inlets, the propellers and the leading edges of the wings, vertical and horizontal stabilizer. But not all aircraft have these systems on all of these surfaces because they are not all affected equally. See e.g. these questions:

Are icing conditions different at typical supercruise altitudes? Is there meaningful water up there?

Humidity is usually quite low in the stratosphere, meaning icing isn't typically a problem here anyway:

The stratospheric air masses sampled are dry, as expected, having mean relative humidity over water of 12% and over ice of 23%, respectively. However, 2% of the stratospheric data indicate ice supersaturation.

Most weather phenomena only occur in the troposphere, which means you fly above the weather (although thunderstorm can push clouds to extreme altitudes).

Not the answer you're looking for? Browse other questions tagged supersonic anti-ice or ask your own question.

41
Do missiles need anti-icing?
14
Why do only some aircraft require tail anti-icing?
5
How much aerodynamic heating do jetliners endure?
12
Why are some parts of the wings not protected by the wing anti-ice system in the B737?
0
So fast, it melts the ice off?

5
Why are CJ2+ Anti-Ice & De-Ice Systems separately controlled?
15
Why is bleed air taken from some stage of the compressor used for de-icing? Why not e.g. exhaust gas?
7
What is the difference between deice and anti-ice?
3
What common forms of deice and anti-ice exist and what future alternatives are being researched?
12
Why is wing anti-ice in transport aircraft not required below -40 degrees Celsius?
4
What do the pilots do if the plane they are operating does not have an anti-ice system?
1
What are the conditions under which one would normally switch on the Engine and the Wing Anti Ice?
41
Do missiles need anti-icing?
1
What is the relation between N1 and Wing anti-ice