Why does the 737 Original have an explicit hydraulic-quantity indicator for only the A hydraulic system?

The 737 (Original, Classic, NG, and MAX) has two primary hydraulic systems (A and B),1 which provide power to the aircraft’s flight controls and other aircraft components (like the wheelbrakes, landing-gear extension/retraction, and nosewheel steering). 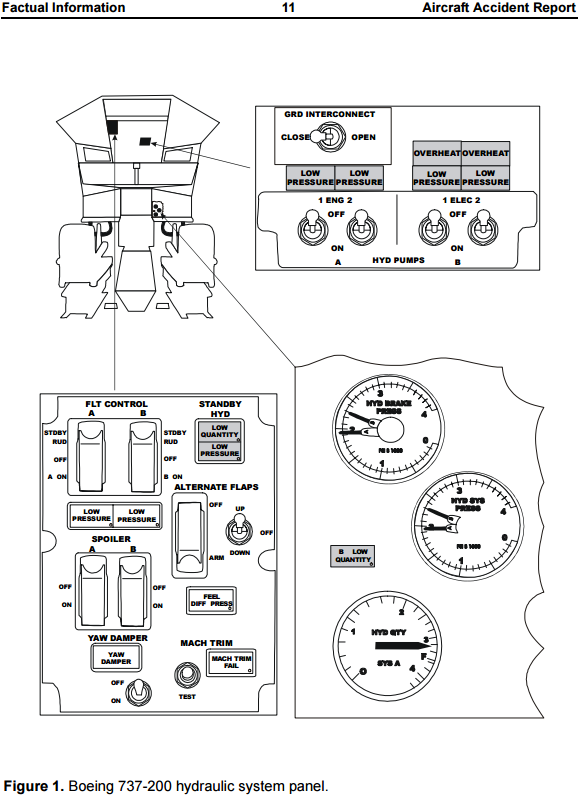 (Diagram originally by the National Transportation Safety Board, page 11 [page 29 of the PDF]; cropped and imageified by me.)

In contrast, the later 737 Classic has quantity gauges for each of the two primary hydraulic systems: 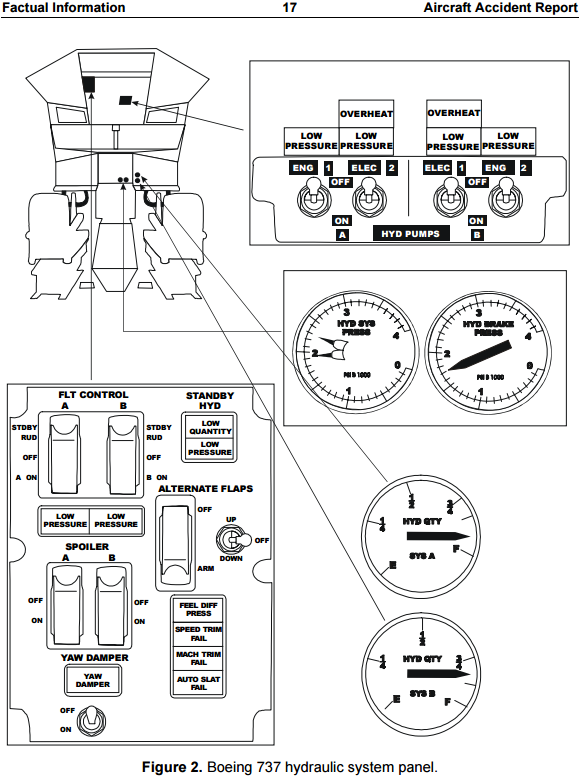 (Diagram originally by the National Transportation Safety Board, page 17 [page 41 of the PDF]; cropped and imageified by me.)

Why doesn’t the Original have quantity gauges for both main hydraulic systems, rather than just for the A system?

1: A third, standby system is unpressurised in normal flight, but can be activated by the flightcrew (or, in a few critical situations, automatically) in the event of a primary hydraulic failure; the 737 also has manual-reversion capability for the ailerons and elevators in the event of a complete hydraulic failure, one of only a few jetliners to still include this capability.

2: The standby hydraulic system, which is normally unpressurised anyways, merely has a warning light that comes on if the pressure within an active standby system falls too low.

Your question: Why doesn’t the Original have quantity gauges for both main hydraulic systems, rather than just for the A system?

B737-300 airplanes and later models have a differently designed hydraulic system in this regard.

Not the answer you're looking for? Browse other questions tagged boeing-737 hydraulic-system cockpit-alerts gauge or ask your own question.

8
Does the Boeing 737 MAX use electro-hydraulic actuators?
22
How many parts does the latest-generation 737 share with the original 737?
3
Why was the 737 main rudder servo valve’s vulnerability to causing uncommanded reversals never discovered in testing?
4
Why does only one hydraulic intake line from the reservoir have a filter on the Arrow II?
3
Does the Boeing 737 NG have “5” radar altitude callout?
9
Are 737 pilots required to train in manual-reversion flight?
5
How are the 737’s elevator and aileron cables attached to their control tabs without impeding the control surfaces’ motion under hydraulic power?
0
Why was blue hydraulic system chosen for RAT?
5
Why was NWS shifted from green hydraulic to yellow hydraulic system in the A320?