Why do tapered wings not stall at the root first?

I will try to make it simple without going into mathematical details. 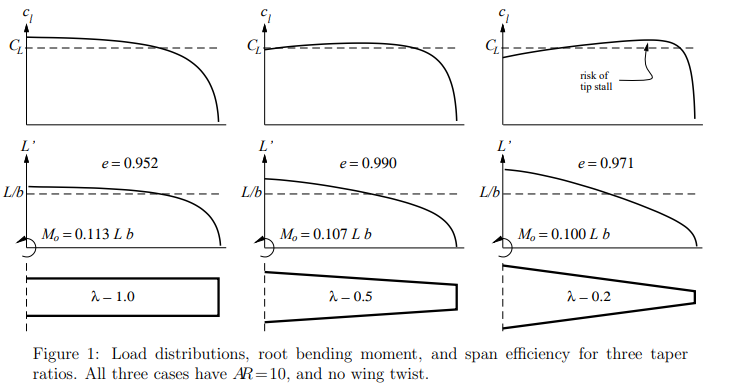 The important factors controlling the lift in the Tapered wing. 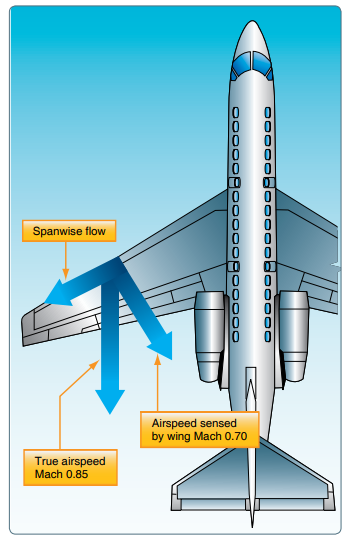 There may be other factors too, that I might have missed. But these are the most prominent. You can refer to below image. The Red Line shows seperated flows. 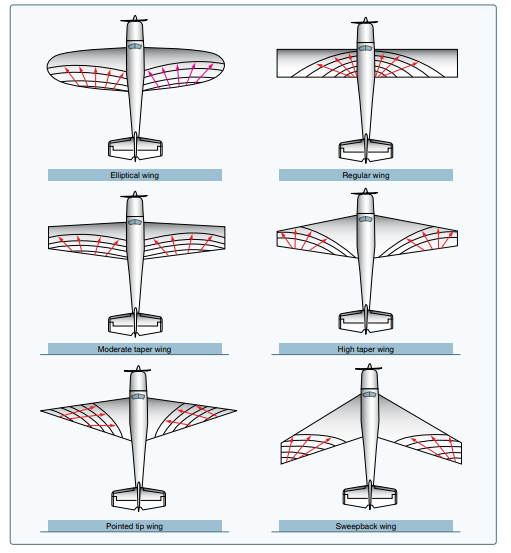 Yes, wingroot has a higher effective AoA. It is easier to understand this way. For a given AoA, the wingtips suffer from downwash and vortices which decreases AoAeff and increases Induced AoA (AoAi). As the wingroots do not suffer from the vortices, their AoAeff is higher.

The main reason is the Reynolds number and the way it affects the airflow.

The stalling angle is more or less constant for all airfoils over a range of speeds. The shape and airspeed of the airfoil in themselves make very little difference to the stall angle. The stalling speed of a plane is dictated mainly by the angle of attack required to provide adequate lift at that speed.

Spanwise flow is also not a primary issue, as its direction varies markedly between types with a more sharply swept leading edge vs. types with a more forward-swept trailing edge. Yet both have the same problem with tip stall.

For a straight, constant-chord wing the lifting pressure causes an upflow in front of the leading edge near the root. This increases the effective AoA, so it reaches the critical angle and stalls first. The sideways spillage around the tip reduces the lift and hence also the AoA effect.

For a sharply tapered wing the Reynolds number becomes relevant. It is, for the present purpose, a function of the size of the airfoil and the speed and viscosity of the air. Since we are not discussing altitude we can take the viscosity as constant. Large size and high speed mean a large Reynolds number.

For a high Reynolds number, inertial effects of the air mass dominate and flow tends to be laminar for a long way back.

For a low Reynolds number, the viscosity of the air comes to dominate and it is this which tends to create turbulence as the pressure falls above the wing.

The angle of attack at which flow separation occurs thus depends critically on the Reynolds number.

Spanwise flow seems to have a lot to do with it, and the wingtip vortices can affect both the local effective Angle of Attack and the airflow of the upper wing. (Credit to @Noorul Quamar)

Let's start with the rectangular wing. It stalls at the root first. Maximum pressure differential between upper and lower wing, and interference of the fuselage (and prop) with the airflow, cause flow separation here first as AOA increases. The wing tip vortices also help create a "weak spot" in the upper rear center of the wing by drawing airflow towards the wing tips.

Lower Reynolds number, from shorter chord, will also cause a wing section to stall at a lower AOA. With a moderately tapered wing, both effects tend to cancel each other out, and the onset of stall averages between the wing tip and fuselage.

With a highly tapered wing (without washout), the progressively shorter chord becomes the overriding factor. In spite of their excellent aerodynamic efficiency (as seen on sea gulls and DC 3s), these wings stall at the tips first, and are notoriously dangerous in "low and slow" turning flight.

Washout, and/or leading edge slats, makes these wings much safer. Bending a tapered tip up to form a "winglet" is also currently in vouge. Reverse sweep has also been studied.

13
What is the difference between flow separation and turbulent flow?
2
Why is a rectangular wing planform less efficient than others?
2
Twist optimization for a low speed aircraft

10
Do airliners stall first at the wing tip?
4
Why do some aircraft have symmetrical tip airfoils while others do not?
1
Why local(section) lift coefficient(CLL) is higher near the wing tips compared to the root on untwisted tapered wings and untwisted swept(aft) wings?
0
Do stall strips mean that wing washout is not required?
8
Why does a rectangular wing stall first at the root?
4
What are the rules of airfoil thickness from root to tip on tapered wings?
2
Why does the effective alpha/CL increase at wingtip of swept wing?
4
Do wings on a plane need to be in the same plane horizontally, or can one wing root be 6" lower than the other?
1
How are foam cores shaped for tapered and swept back wings?
12
In this MD-11 stall test video, are we seeing the tail stalling first?