Then, let's say the F-104 is still flying at sea level, but the pilot reduces throttle and airspeed falls to 250 KIAS. The pilot then pushes the throttle to 100% RPM and starts accelerating.

note: I added this chart after I made this post: 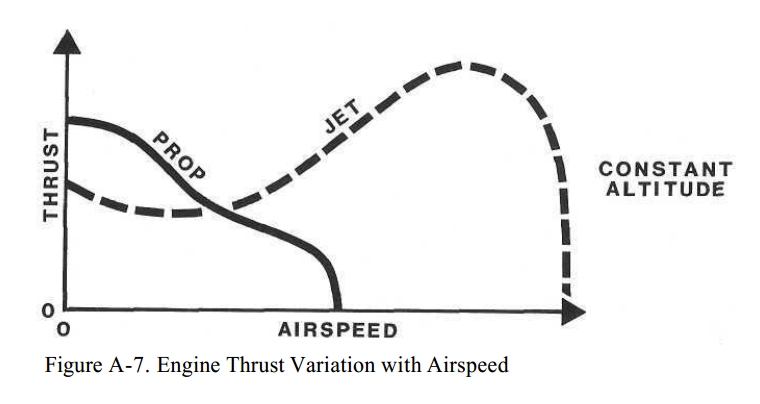 I don’t believe that airspeed directly affects fuel flow, but it may impact other variables that can have an influence.

I don’t have a flight manual for an F-104, but for the EA-6B the manual says the following about the fuel control unit on the J52P-408A engine: (straight turbo jet, non-after burning, 1970s technology)

“The engine fuel control is divided into a computing and metering section. The computing section monitors throttle position, burner pressure, engine speed, and compressor inlet temperature. These data are translated into a fuel demand that is relayed to the metering section, which measure the correct amount of fuel from the engine fuel pump the fuel pressurizing and dump valve.”

Of those four inputs the primary would be throttle position, with metering occurring to dampen out pilot inputs and ensure smooth operation. The other three may be influenced by environmental conditions such as airspeed, altitude, etc. but airspeed itself is not an input.

It would appear to be yes. See Page 22 of this paper by the Hamburg University of Applied Science. In the chart (below) on Page 22 of representative engines, the turbojet's Thrust Specific Fuel Consumption increases from .8 lb/hr/lbs thrust at 0 airspeed to about 1.0 at Mach. So the engine is most efficient from a SFC perspective while stationary and efficiency declines with speed. Then, when you allow for the potential for the higher speed to increase the net thrust available, the fuel burn goes up just from the increase in energy conversion, on top of the reduced efficiency in doing that conversion. 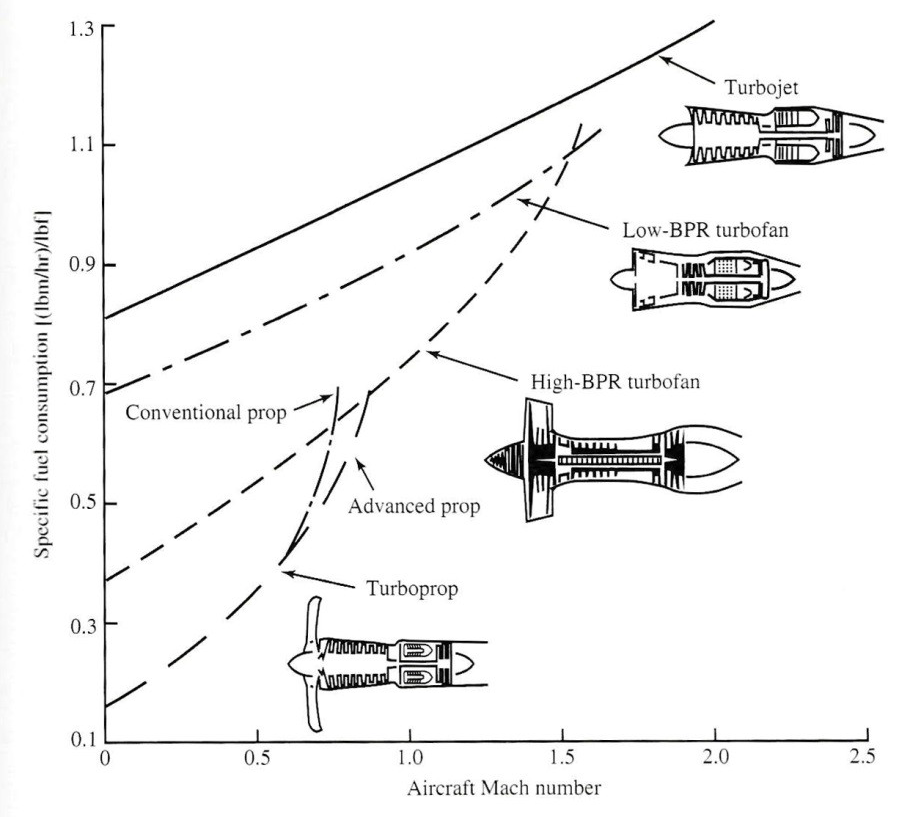 Not the answer you're looking for? Browse other questions tagged jet-engine fuel-consumption turbojet or ask your own question.

3
How does the power distribution change for a turbofan engine from being stationary to going at full speed?
4
What is a jet engine's fuel flow at constant IAS?
18
Why would a B-29 consume more fuel at 17 kft than at 9 kft?
3
How does fuel economy quantitatively depend on altitude for a jet?
2
Why is the thrust-specific fuel consumption much worse for high bypass turbofans at cruise?
0
How do I find out the fuel consumption of the PT6A for a lightly loaded aircraft?
1
How do power and thrust curves compare?
1
Is the FF (Fuel Flow) the fuel consumption index?