You can think of an aircraft at equilibrium at a particular speed, altitude and angle of attack and it is suddenly faced with a disturbance which changes its speed, altitude and angle of attack. If the aircraft has static stability, it will immediately seek its equilibrium state. If the said aircraft is also dynamically stable, the amplitude of its motion will reduce with time. This is called subsidence. One of the major factors that affect dynamic stability is the amount of damping in the system. From now on we will consider the aircraft already is statically stable. When there is enough damping, an aircraft will slowly in time, reduce its amplitude until the amplitude goes to zero. Here the aircraft is said to be dynamically stable. If there is less damping the oscillations increases with time and the amplitude of motion also increases. This is called divergent oscillation. In this situation, the aircraft is said to be statically stable but dynamically unstable. 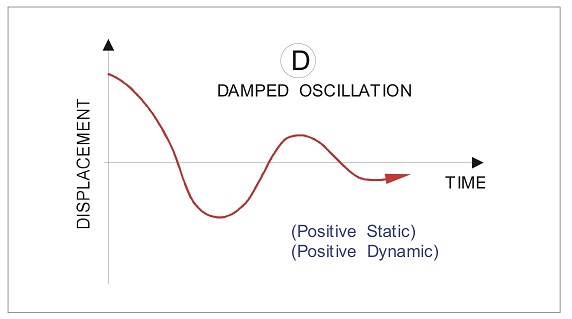 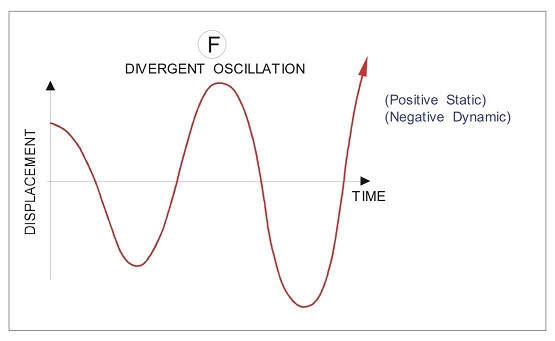 21
What does it mean for a plane to be aerodynamically stable?
1
What does stick fixed and stick free longitudinal stability mean in simple terms?
2
How do the linearised equations of motion work?
8
What prevents BFS from becoming unstable when pitching from horizontal to vertical?
2
What does "pitch plus power equals performance" really mean?
2
What happens without trimming a statically stable aircraft?
4
How does an aircraft designer increase dynamic stability?
1
What happens if an aircraft is only stable at higher angles of attack?
9
What does it mean exactly when an aircraft is "35% unstable"? (aircraft stability factor)
5
Why does static directional stability decrease with altitude?