What does this symbol mean?

Does anybody know what the icon inside the circle mean ?

It seems to be the symbol "M" for "missing cloud information". Note that CWIJ has a circle for cloud coverage that is slightly bigger than the standard circle size used for most other airports.

Southeast of CWIJ, there is CWIC which has the symbol M as well, but there the edge of the circle coincides with the lower part of the symbol shown in the CWIJ circle. 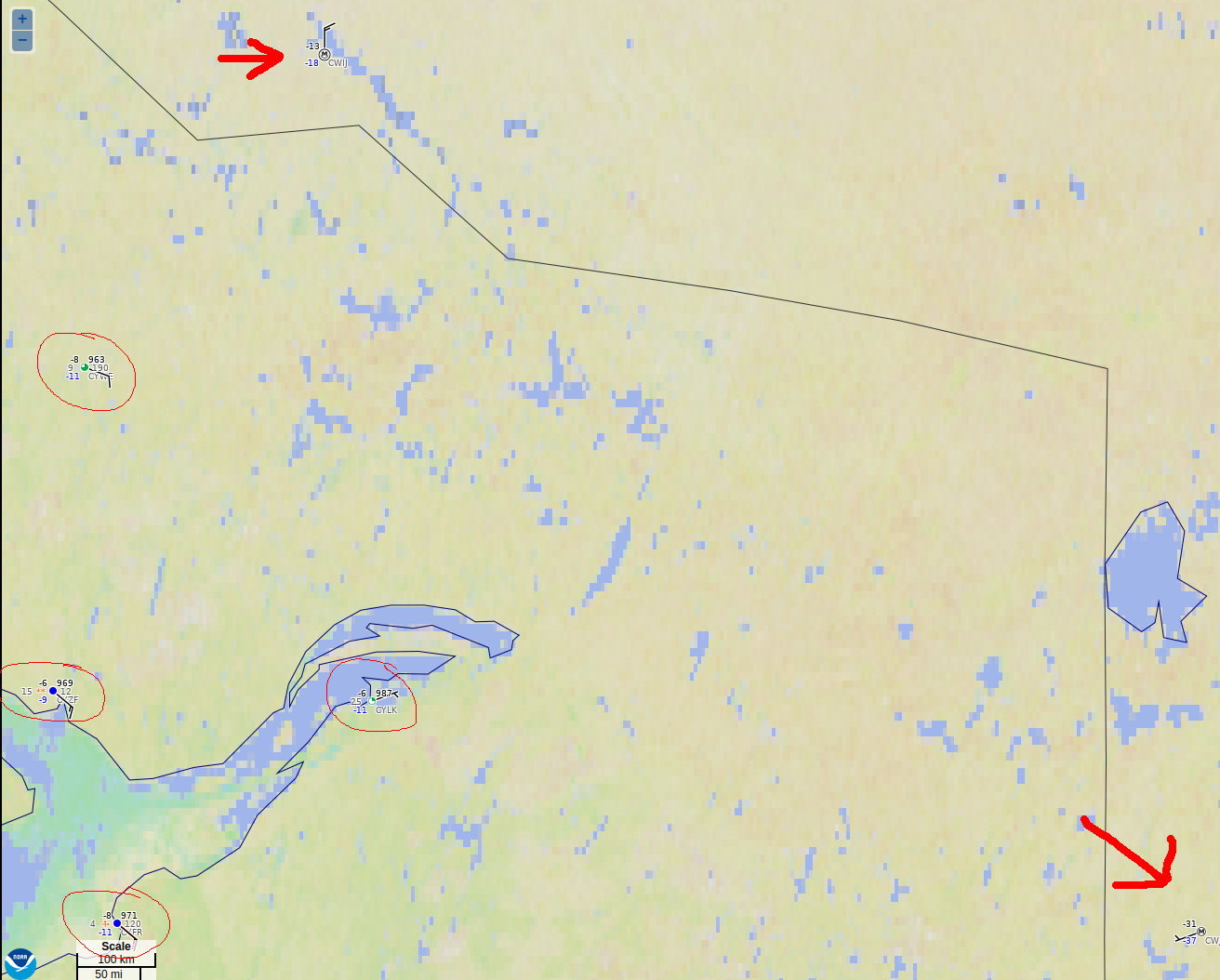 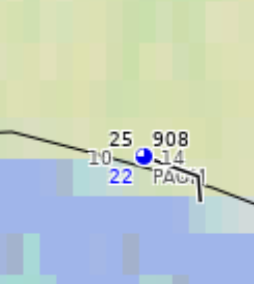 This leads me to believe that the software behind aviationweather.gov has a symbol library which includes cloud coverage symbols designed for a certain standard circle size. Some airport are represent by a circle which is bigger than the standard, and this leads to the strange representation of the symbol 'M' seen at CWIJ.

Not the answer you're looking for? Browse other questions tagged aeronautical-charts metar canada meteorology or ask your own question.