Is this new intake of Airbus and Boeing aircraft's NACA inlet?

Anybody knows the name of this intake? look at the bellow images: 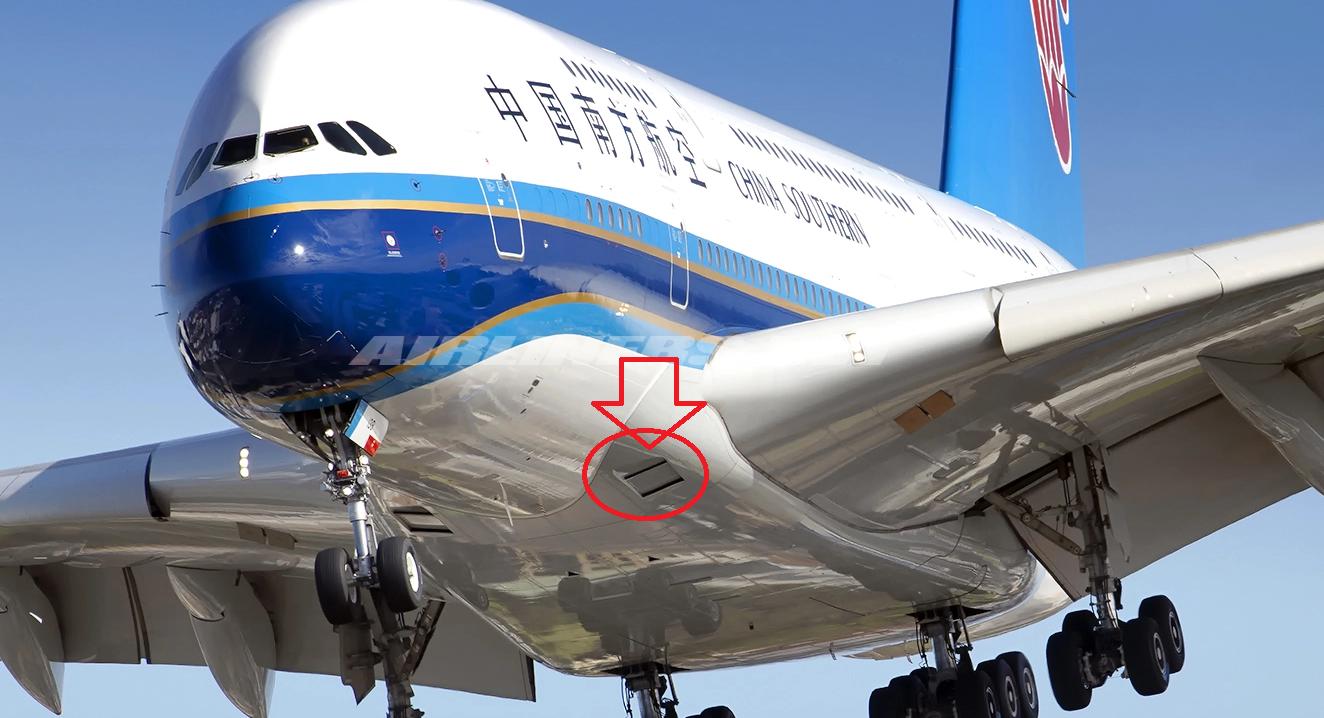 Those inlets don't require the NACA duct profile because the openings are presented toward the airflow, being on a sloping surface relative to the freestream. The NACA profile in those locations serves no useful purpose and is a probably less effective, if anything.

The NACA duct profile was developed for inlets on surfaces that are completely parallel to the airflow, like along the straight sides of a fuselage or nacelle, where the freestream flow just passes on by (like a static port you might say). They were developed as a low drag alternative to the traditional scoop projecting into the airstream that you would normally have to use in such a location.

The sides of the NACA Profile, induce a change in direction of the ram air free stream without any projections (it's thought that the sides of the ramp act like vortex generators and it's the vortices that "pull" the free stream down the ramp) so that ram air is drawn down the ramp to the inlet opening. On a sloping surface like a wing root fairing as in those pictures, the ram air is directly impinging on the opening (as if it was a scoop sticking out) and doesn't need any "airflow redirection tricks" like the curved sides on the NACA inlet ramp. 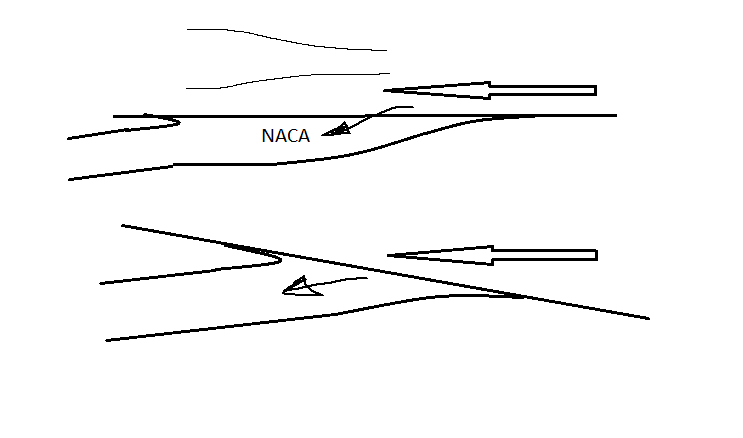 This answer says that it is the ram air inlet for the cabin air conditioning. My take is that they've changed the design from the NACA duct to make it open and close on demand. It is harder to make a variable NACA duct due to the curvatures involved.

Not the answer you're looking for? Browse other questions tagged aircraft-design feature-identification or ask your own question.

16
What are these panels underneath the wing root of a A380?

15
Are NACA airfoils used in modern aircraft design?
8
Is there anything wrong with this more symmetric aircraft design, and why isn't it used?
9
How do the uninterrupted and interrupted flaps compare?
32
Why did the DC-3 have wing sweep?
5
Heaviest Boeing vs Airbus aircraft: Why large (150 ton) difference in Weights?
4
How is the flow of air through a NACA submerged inlet determined?
10
Why are the spoilers used as the backup controls instead of ailerons on the Boeing 777?
0
How do you design a NACA intake?