What are these painted lines on the fan blades of the Rolls-Royce Pearl 15?

I'm not sure that they are painted but it looks like they are. What are they for? 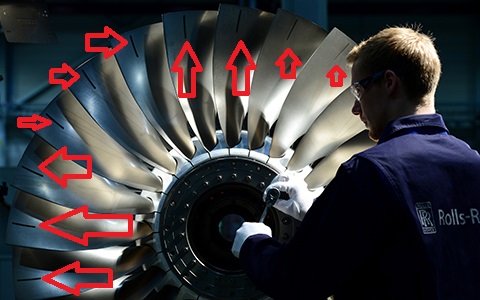 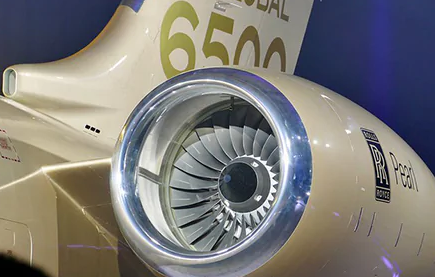 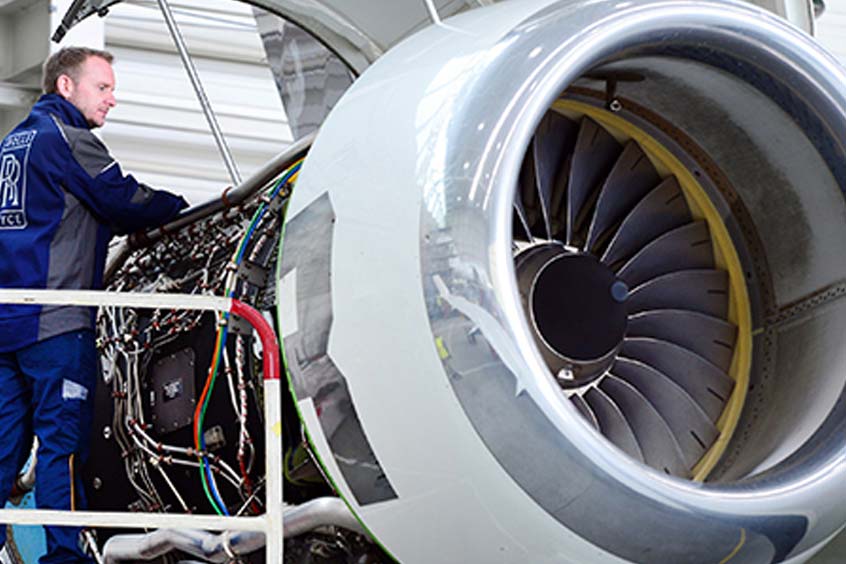 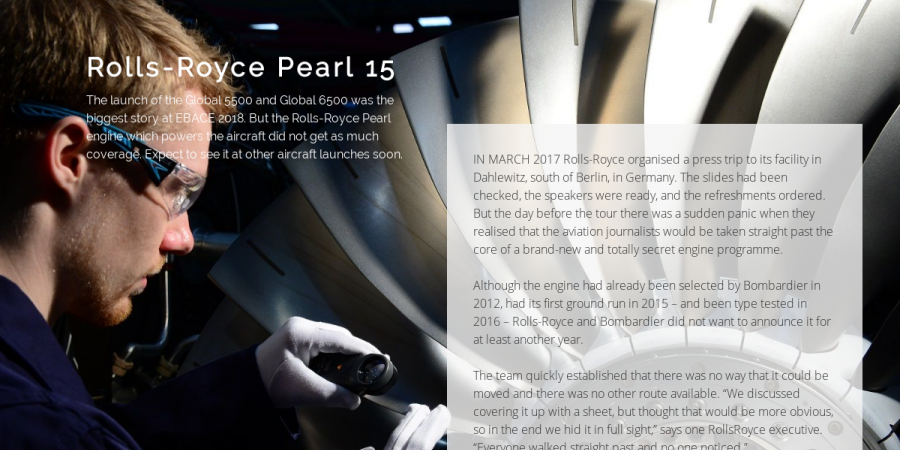 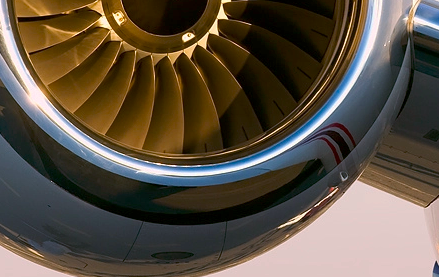 In the photo above (taken in 2011, four years before the Pearl 15 first ran), that feature can also be seen; that engine is in the same family that includes the Pearl 15, the BR700 family. 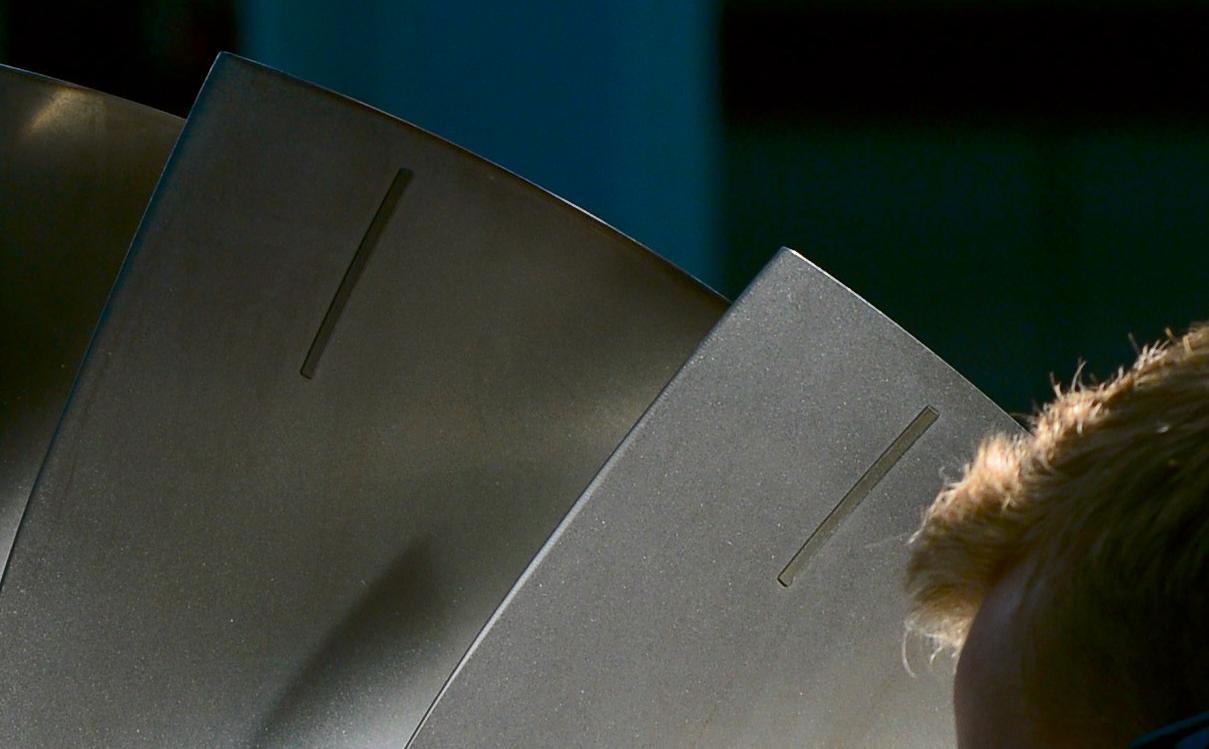 In the high-resolution Pearl 15 photo above, that feature is seen to protrude slightly above the blade's surface as if it's glued on. The location, protrusion, length, and being attached by high-strength epoxy, match an invention for fan blade boundary layer control by Rolls Royce Deutschland (the makers of the BR700 family): 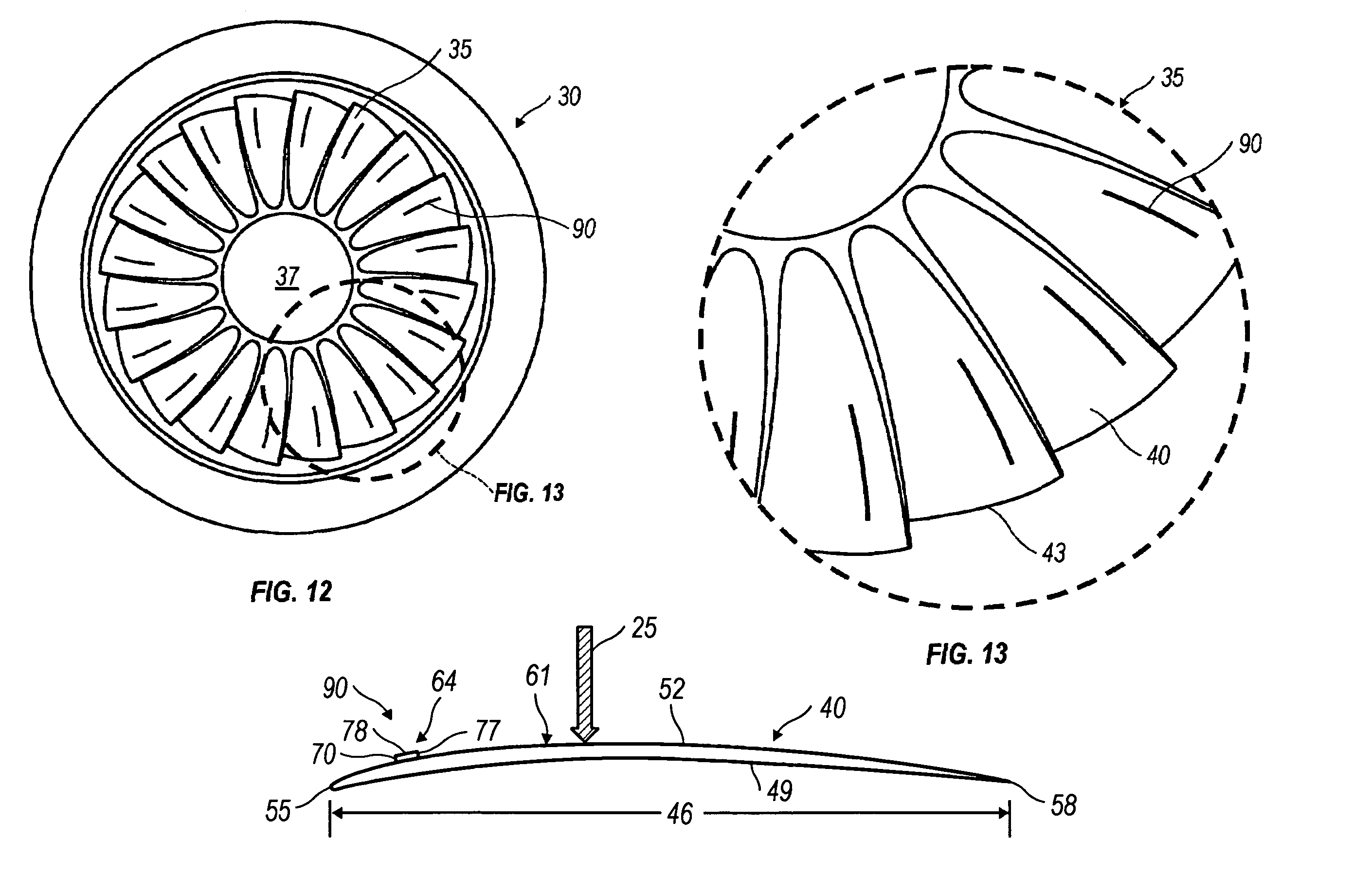 Here, a feature (90) has been located on the high-speed (low-pressure) side (52) of a turbofan fan blade (40). The feature (90) is located toward the leading edge (55) of the fan blade (40) and extends from the tip (43) of the blade, inward. In this application, the feature is constituted by grit bonded to the blade using a high strength epoxy.

Also, there is a possibility that device above can also be used for a new vibration monitoring and control system, wherein the device is made to be magnetically detectable, which is something R-R have mentioned very briefly in a press release:

Not the answer you're looking for? Browse other questions tagged jet-engine feature-identification turbofan blade or ask your own question.