On 2020 Dec 14 NASA reported on Lockheed Martin's construction of the X-59. The report's photos include an unexplained apparatus, comprising what looks like two Panasonic video projectors and two video cameras mounted on a stand. 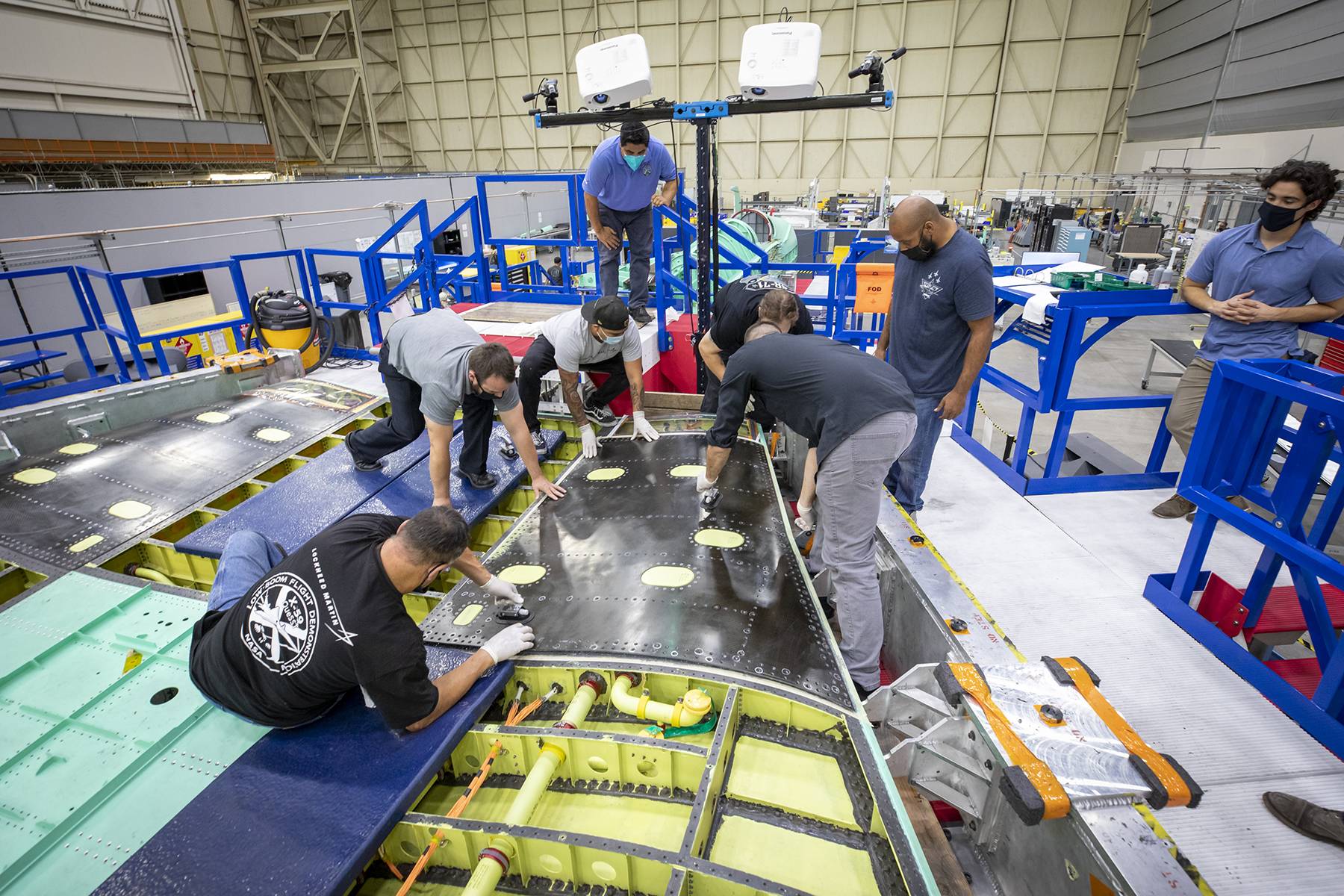 Green markings on a wing being assembled, and on one of the worker's arms, may be coming from these projectors.

The stand might be mobile, because it's missing in this overview.

Any authoritative details are welcome, such as:

Does this apparatus have a name?
If it guides workers, how do they use it?
What are its capabilities and limitations?
What are the cameras for?
Why does it need more than one projector and camera?

The system may have many names depending on detailed configuration, but it is basically a mixed reality assisted manufacturing system.

One example is described in this pdf document.

The system consists of at least one projector that projects a predesigned guidline on a workpiece, to assist human workforce in their tasks. Additional hardware may include

Depending on resolution of the projectors, the accuracy of the system might reach accuracy of millimeter scale, for example for the purpose of drilling holes into a workpiece, but it is best suited for work such as in the picture:

The bigger the workpiece, and/or the more complex the shape of it is, the less accurate the guidline picture projection will be. This can be overcome to some extent by using multiple projectors, but the system quickly becomes very complicated especially with workpiece with complicated contours.

This could be called a poor man's AR goggle, with the benefit of being rather low tech, but the downside of the workers limiting the visibility of the guidline pic as they move around the workpiece.

There most probably are two projectors on this system simply to cover a lager workpiece. Another solution might be to verify correct 3d orientation/placement of the workpiece by overlapping two guidline images, but the orientation of the projectors in this picture are such, that the images cast by the projectors do not seem to fully ovelap.

I was unable to quickly locate it, but there is a fine video of this type of system being used on assebly line of the F-35 fighter. I will keep looking...

Not the answer you're looking for? Browse other questions tagged nasa plane-construction lockheed-martin or ask your own question.