Why doesn't the centre of pressure move in the case of a symmetric aerofoil?

Simple answer: The pressure difference between lower and upper side on an uncambered airfoil or a flat plate can be summed up in a force acting at the quarter point, independent of angle of attack. Only when separation starts will this pressure distribution change shape and the force will move backwards. Since a flat plate has a sharp leading edge, separation happens at much lower angles than on an airfoil. If you think this is tautological, please read on.

The distribution of the circulation strength $\gamma$ over an uncambered airfoil is given by Birnbaum¹ as $$\gamma = \sqrt{\frac{1-x}{1+x}}$$ for the lengthwise coordinate $x$ running from -1 at the leading edge to +1 at the trailing edge of the airfoil. Like this: 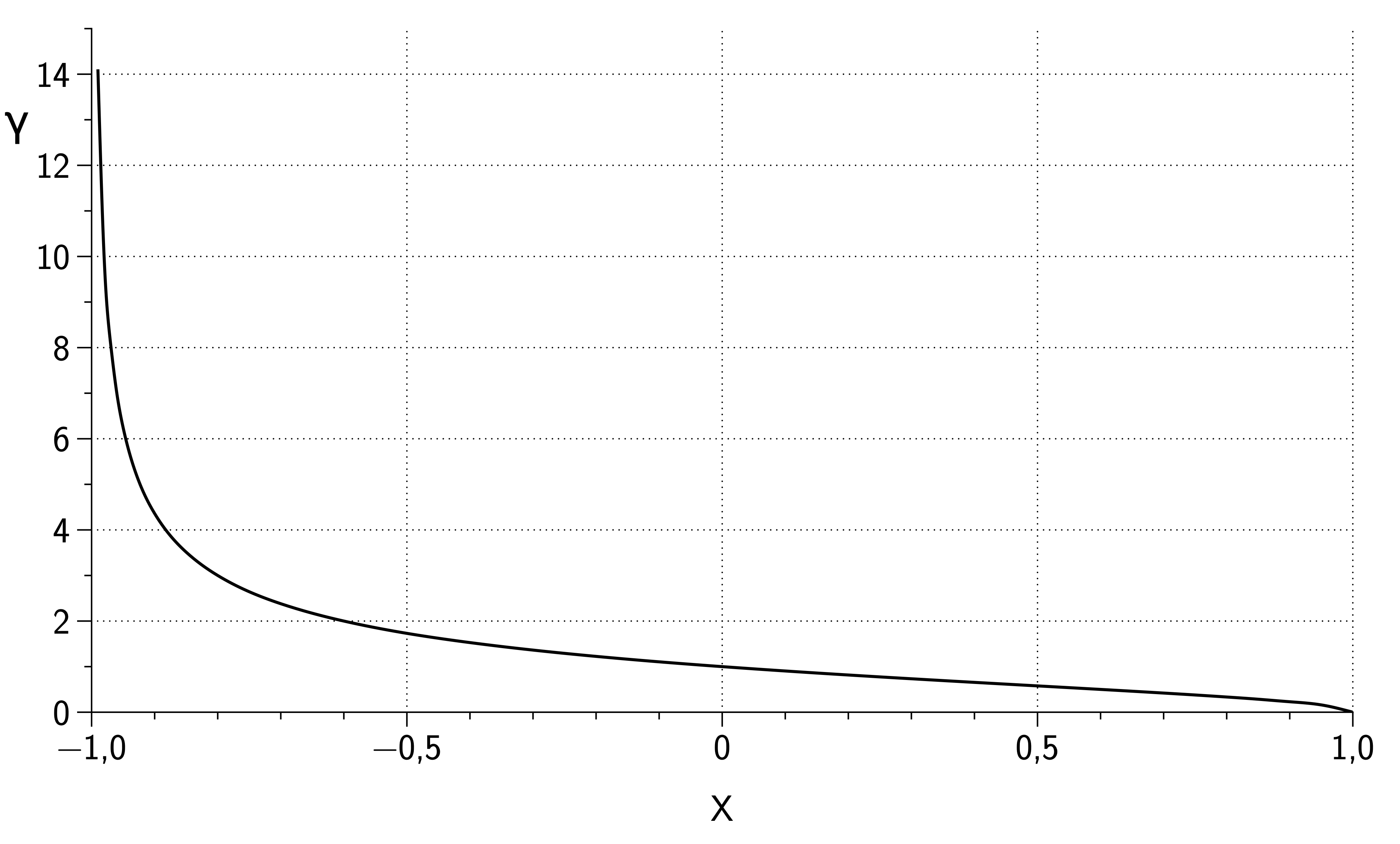 Now it is important to note that the shape of this distribution stays the same, regardless of angle of attack. Only the intensity of the circulation varies with angle of attack. Until separation starts, that is.

If you calculate the centroid (= center of gravity of the area under this curve), it lies at -0.5. If we now translate the X coordinate to the more usual 0 at the leading and 1 at the trailing edge, this center of gravity sits at 0.25 or the quarter chord point. And it stays there, regardless of angle of attack (again, until separation starts!). Circulation is equivalent to lift, so the same holds true for the pressure coefficient over chord.

This explains why the pressure distribution of a symmetric airfoil stays at the quarter point. It does so, too, in case of the flat plate, only that the angle of attack range where this is valid is much narrower. The sharp corner at the leading edge of the flat plate will cause air to separate already at small angles of attack, so the validity of potential flow theory (of which this proof is part of) is limited in case of a flat plate. Once separation starts, the pressure over chord tends to stay constant, so the center of gravity of the pressure distribution shifts towards X = 0.5.

Not the answer you're looking for? Browse other questions tagged aircraft-design aerodynamics wing airfoil or ask your own question.

4
Does the centre of pressure of a cambered airfoil go ahead of the quarter chord point when angle of attack is increased?

26
Is there an aerofoil that gives reasonably good lift for both air flow directions: forward and backward?
5
When approaching stall, why does the center of pressure move back?
0
Why does centre of pressure (drag?) move forward when transitioning from transonic to supersonic?
2
What is the "Centre of Pressure"?
1
Is the shear centre of a wing the same as its aerodynamic centre?
1
Why do wingtip vortices affect the upwash ahead of the aerofoil?
9
Why are the wings of some modern gliders tadpole shaped?
6
Why is the pitching moment of this symmetric aerofoil non-zero?
2
On an aerofoil or circular cylinder why does the airflow stay attached after passing the point of maximum thickness?