Why does the FAA require special authorization to act as PIC in the North American T-28 Trojan?

This airplane doesn't have a max gross takeoff weight of more than 12,500 pounds nor does it have a turbine engine. 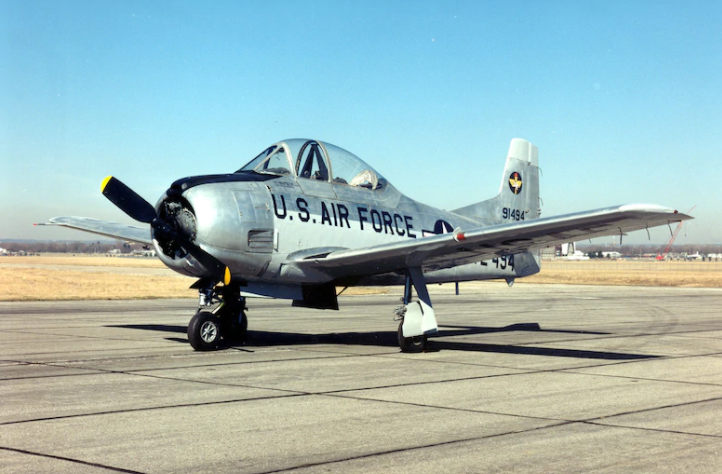 The FAA requires special authorization to act as PIC in order to fly it. What is the reason?

As the T-28 is a vintage military surplus aircraft it is normally certificated in the Experimental-Exhibition category. For most aircraft in this category, there is no type rating in the traditional sense. For years, the FAA managed these aircraft and pilot qualifications for them on a case-by-case basis. Approval to fly them was (and for some vintage aircraft still is) granted by a Letter of Authorization (LOA).

About 15-20 years ago, in an effort to reduce the regulatory burden on both the FAA and pilots they moved to a process that more closely aligns with type ratings. It is managed under the Vintage & Experimental Aircraft Program.

The stated coverage of the program is:

This program standardizes pilot certification in the following U.S. aircraft:

Not the answer you're looking for? Browse other questions tagged pilot-certification type-ratings faa-approval or ask your own question.

10
Does a Type Rating “upgrade” with your license?
4
Do small helicopters like the R44 require an FAA type rating?
12
How can I build the 40 hours instrument time required for an instrument rating?
20
Could you ever legally authorize yourself to fly an aircraft that would require an LOA, based on your other certs?
8
How much knowledge/experience can be transferred between different categories/classes of certification?
7
Why does the Piper Malibu require a type rating?
6
Do some helicopters require classes, type ratings, or special endorsements, the way some airplanes do?
5
Can an ASEL class-rated private pilot without a T/W endorsement count T/W hours towards FAA flight time requirements?
0
When does the FAA require OEM involvement for the approval of an STC?