Why are most helipads in São Paulo blue coated and identified by a "P"?

ICAO Annex 14, Vol II and FAA (AC 5390-2C) standards establishes 'H' and there is no mention to coating TLOF or FATO. Brazilian National Regulation (RBAC 155 - ANAC) does not provide any guideline for the blue painting. I would like to know where this common São Paulo helipad pattern comes from.

According to the Rules for Heliports in Sao Paulo, the P means that it is private heliport. H for public Heliports, M is for military. Hospitals use the letter H on a red cross, also when they are private or military hospitals. Examples are given in the pictures below.

It seems that the color blue is not required by the regulations; there are various other colors used in Sao Paulo (see a few examples below I found on Google maps).

I think blue is used mostly because it provide good visual contrast with the white or yellow markings. White paint on concrete can be difficult to see under bright sunlight conditions. The blue color also stands out from the urban environment, making the helipads easy to spot from the air. Try it on Google maps; the blue helipads are relatively easy to find on the satellite view.

This video explains the markings (in Portuguese) 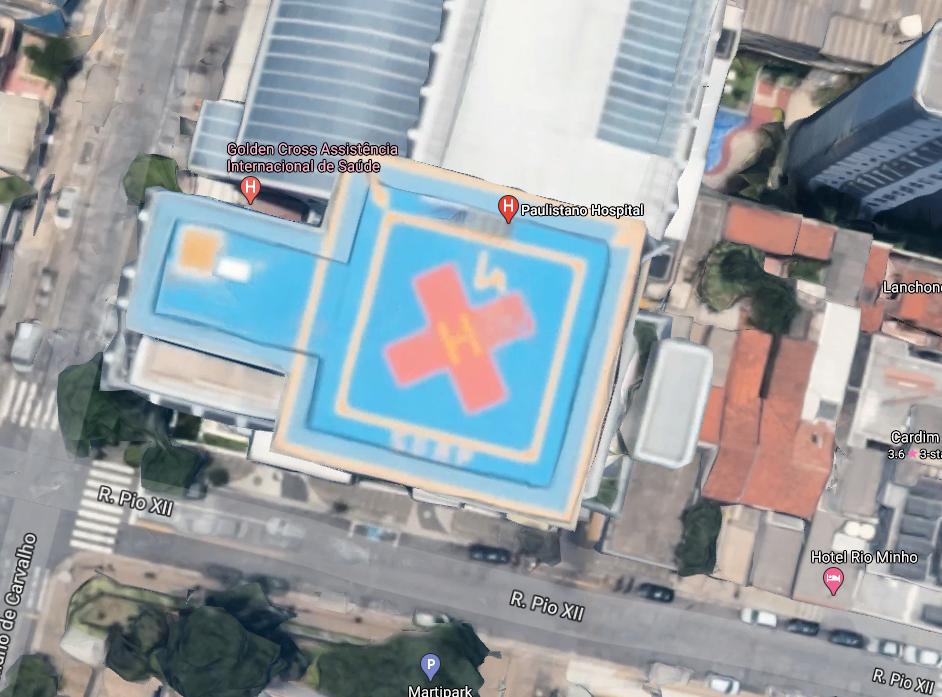 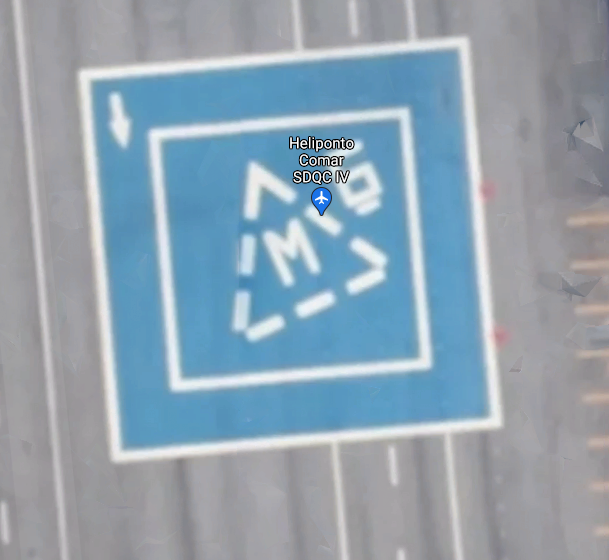 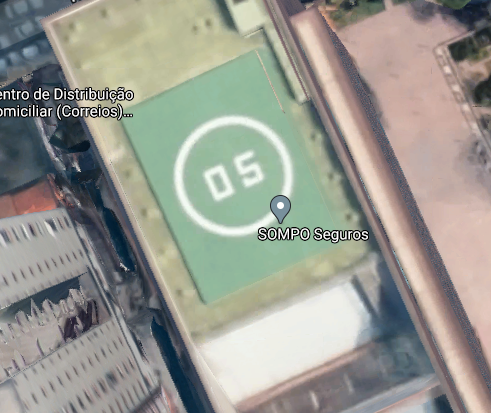 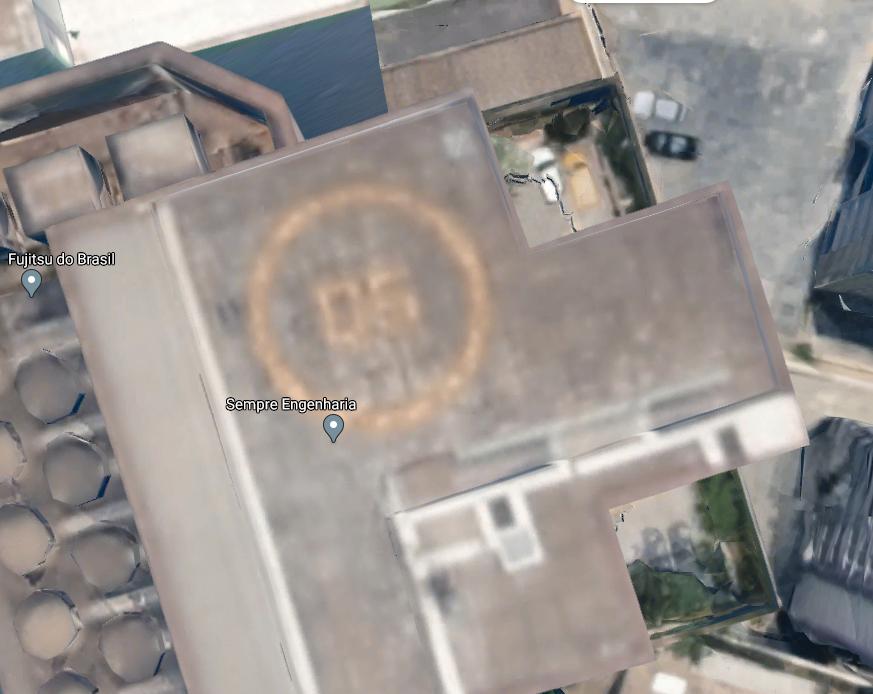 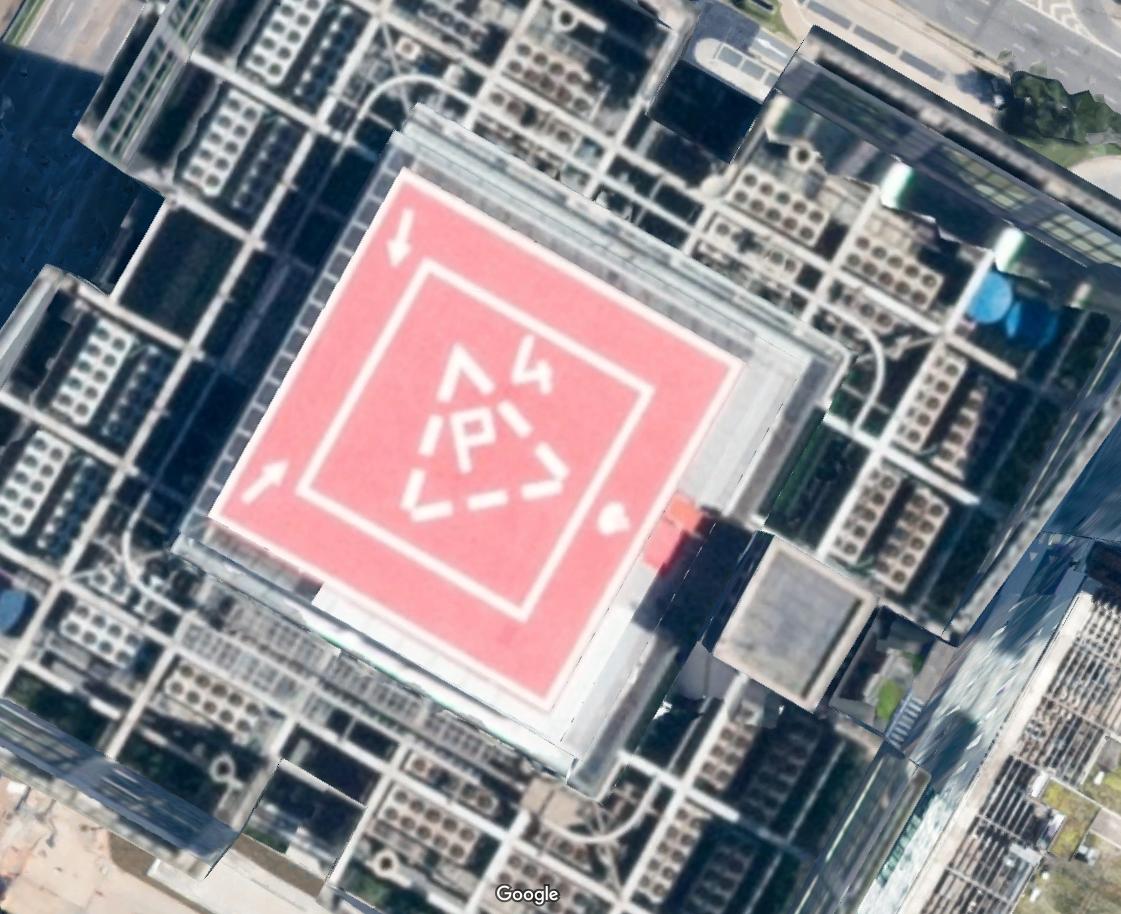 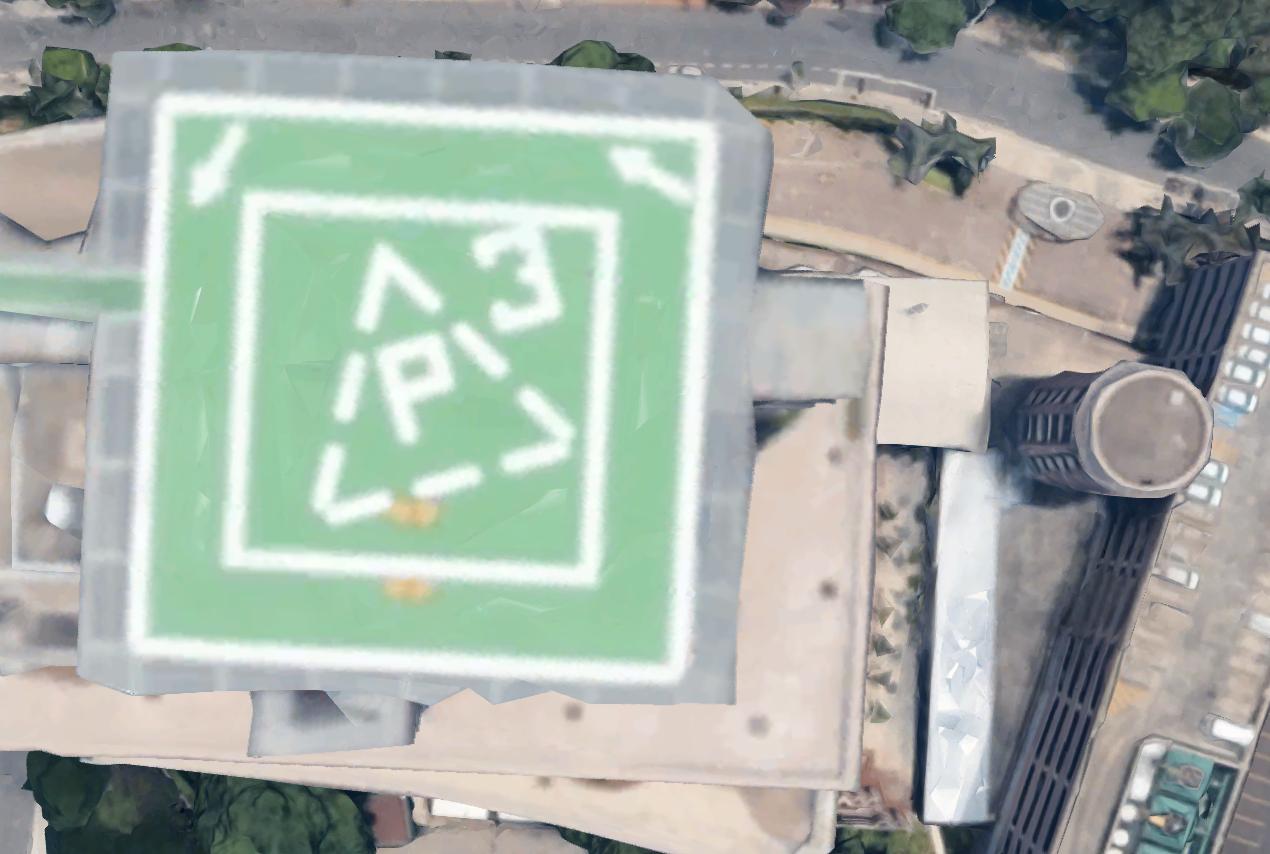 All images are screenshots from Google maps

I have seen only one helipad so marked, and it was reserved for police operations.

Not the answer you're looking for? Browse other questions tagged airport-design icao-sarps helipad or ask your own question.

16
How are unpaved strips created and maintained?
8
Are ICAO and FAA airport signs and markings the same?
8
Why are offset lead-in arcs used?
18
Why are most runways made of asphalt and not concrete?
10
What documented practices are there for NOTAM creators and handlers to combat NOTAM spam?
4
Which specific version of English are international pilots and ATC required/recommended to learn?
8
Why are most runways laid out in a generally East-West direction?
5
What differences are introduced between ICAO Annex 10 volume IV amendment 85 and amendment 89?
3
Why are some taxiways named with two characters?
34
Why are Oscar, India, and X-Ray (O, I, and X) not used as taxiway identifiers?