How much do propellers stutter?

A photo in EAA's monthly magazine shows one propeller blade as a dozen distinct images rather than the usual smooth motion blur. One explanation (this answer appears to have been deleted) for this is that a propeller at nominally 2300 rpm actually varies +-200 rpm as each cylinder fires, so when it's slower, it captures more sunlight glint.

Edit: this question is about propellers, not about a photo. The photo is only a motivation, perhaps an incorrect one, for the question. 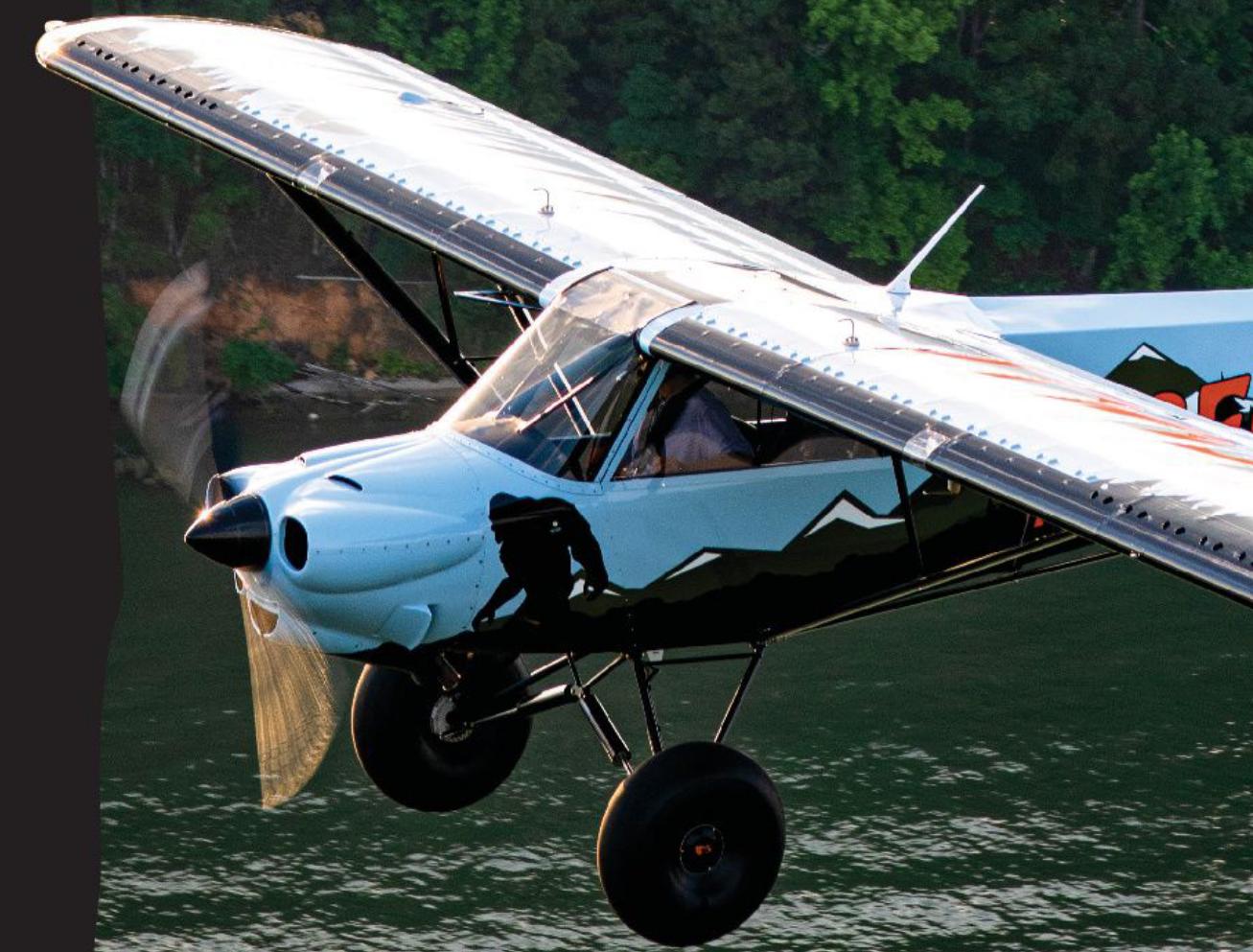 The stutter would be at 2300/min for a two-cylinder engine (or 2-stroke single). For an 8cylinder engine it would be four times that, or 150Hz or so. For a 1000HP engine the output is about 450J per ignition cycle. Estimating a flywheel effective radius of 200mm and mass 30kg the kinetic energy is around 350kJ and so the stutter would be less than 1%. I’ve skipped most of the calculations there :-)

We can count more than 15 blade-images in that short arc of revolution of the propeller, so there's no way that each one corresponds to an individual firing of a cylinder. Perhaps there is a resonant vibration involving a slight twisting of the blade, and the sun angle is such that this produces a strobing effect.

The suggestion of a 300 rpm variation between each individual firing of a piston is completely implausible.

Some sort of camera artifact seems a possibility.

As pointed out before, the variation is unlikely to be the first engine order of individual firing cylinders.

Over on the photography site they provided EXIF data, showing an exposure time 1/200s, which would lead to only 1500rpm (assuming the motion blur in the picture is 45deg), not the 2300rpm nominal.

The frequency in the picture is in the range of approx 3000Hz (1 event every 3 deg at 1500 rpm), which might be some eigenfrequency of the crankshaft-propeller arrangement. My estimation is though that the low order eigenfrequencies are lower, and the higher order eigenmodes would show nodes of zero displacement. The superposition might lead to something like in the image.

This picture was taken using the type of LCD shutter that is essentially one large monochrome pixel. It becomes transparent when a voltage is applied.

The camera manufacturer probably used a square-wave (2 kHz is often recommended) to avoid damaging the shutter with a persistent DC bias. The inescapable deviations from the ideal waveform would be enough to cause the shutter to vary in transparency, probably between fully transparent and slightly dimmed.

Another possibility is that the clearing voltage contained a ringing artifact, a common result of attempting to apply a square wave to an electronic control.

The registering retina might have been either photosensitive film or a photocell array. The stuttering-image illusion is due to the nature of the shutter and independent of the recording tech.

I assume that the stuttering-image illusion will appear only when using this camera to photograph a fast moving brightly lit object, in this case a specular reflection of the sun on the polished blade. Note how the other propeller blade, which is not reflecting the sun, does not seem to stutter.

Suppose the shutter is driven by a square wave oscillator (a DC bias might damage it). Each oscillator cycle produces two square waves, one in each direction, with a slight gap between due to the inevitable deviations from the ideal waveform. This would produce two propeller images per cycle.

I count 12 separate propeller images in the photo, in an arc that appears to be about one-tenth of the complete circle. One engine rotation therefore would produce 120 images.

These numbers are all ballpark guesses. 2000 RPM is a low power setting for most GA planes, but if the engine was running faster and the square wave oscillator was set to 3KHz instead of 2KHz, the numbers would still match.

This does not prove my theory but it does invite further investigation. Maybe I could get a grant.

The photographer, Jim Busha, reports that he used an unmodified Nikon D850, which definitely does not have an LCD electronic shutter. The D850 is perfectly capable of achieving all the electronic shutter functionality it needs simply by turning the image sensor on at the appropriate time.

My theory is disproved.

Purely regarding the fact that the color is different on each side of the prop...

(Remarkably, even a couple of the current answers on the photography site are "puzzled" by this.)

Every photo, ever taken, of a propellor has a different reflection on one side than the other .... since .... props bend one way on one side, and the other way on the other side. 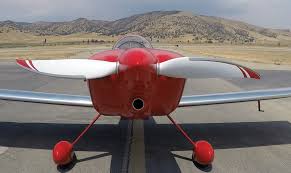 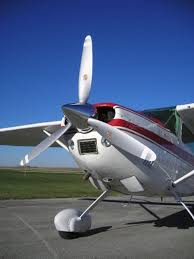 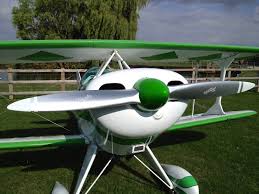 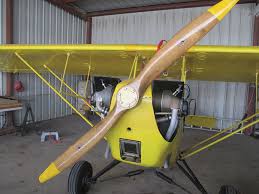 (I simply googled "photo of propellor" and (obviously) literally every single photo looks like this. These are the first four.) (I guess this confirms there are no "flat" propellors, heh!)

I appreciate the question here is about engine stutter, but, a number of people have been puzzled by the different color on each side.

I have never heard of a propellor stuttering in this way, at least not in normal flight. The calculations in the various answers to date put the vibration in the audio mid-range, to which our ears are most sensitive. The magnitude shown in the photo would be clearly audible if it were real, and the pilot would be throttling back and looking for an emergency landing place, not lazing around posing for a photo-shoot!

Now, I know this question is not about digital cameras, but the evidence supporting the question certainly is; the things are a menace when it comes to this kind of shot.

So it's pretty much a slam-dunk: the prop is not stuttering, the camera is.

It's nothing more than the usual "time aliasing" of any (digital) photo ever taken of any propellor.

There are 1,000 detailed explanations of this online ...

Please note that the answer over here: https://photo.stackexchange.com/a/121533 (which the writer states is a "theory") is "unbelievably incorrect".

Here's a photo that perfectly shows the "bending effect" will be either more or less depending on the geometry domain.

This perfectly shows that the "bending effect" can be either extreme or gentle - gentle seen on the blue plane image.

You can see in a zillion photos that you get repeats of the blade (more than the actual number of blades!) This is completely commonplace and applies to literally every photo, ever, taken digitally of a prop.

The image just above is literally identical to the blue plane image, except the time domain is a bit different.

(For the record, the idea that the propellor could be revolving in a step-wise fashion is bonkers.)

Every single digital photo even taken of a prop shows

B - the bending effect

the blue plane photo is wholly unremarkable (indeed I instantly googled dozens of images where the "multiples are close together" as in the blue plane image).

BTW I realize the headline question here is "how much does a propellor stutter" but the idea is so silly, and the facts on that have already been noted in the other answers.

Not the answer you're looking for? Browse other questions tagged propeller piston-engine vibration or ask your own question.

21
Are there design differences between propellers powered by air (wind-power) and propellers for aviation?
11
How much distance do I need between quadcopter propellers to avoid issues?
10
Do propellers have any lead/lag mechanism?
4
Why don't contra-rotating propeller configurations with more than two propellers exist?
14
What's the use of so much torque on propellers?
2
Is precession a problem for two-bladed propellers?
8
In a piston aircraft engine, how much heat must be removed by the oil cooler?
8
How do propeller planes sync their propellers?