Why does a de Havilland Comet have radiation symbols on the instrument panel?

This image of a De Havilland Comet cockpit shows a radiation hazard symbol on each of the three centre panels, next to the (to me unknown) blue, green, and grey indicators. Why are they there?

I can't find any resources to shed light on it, but then again, I'm no aviator myself so I probably looked in the wrong places. 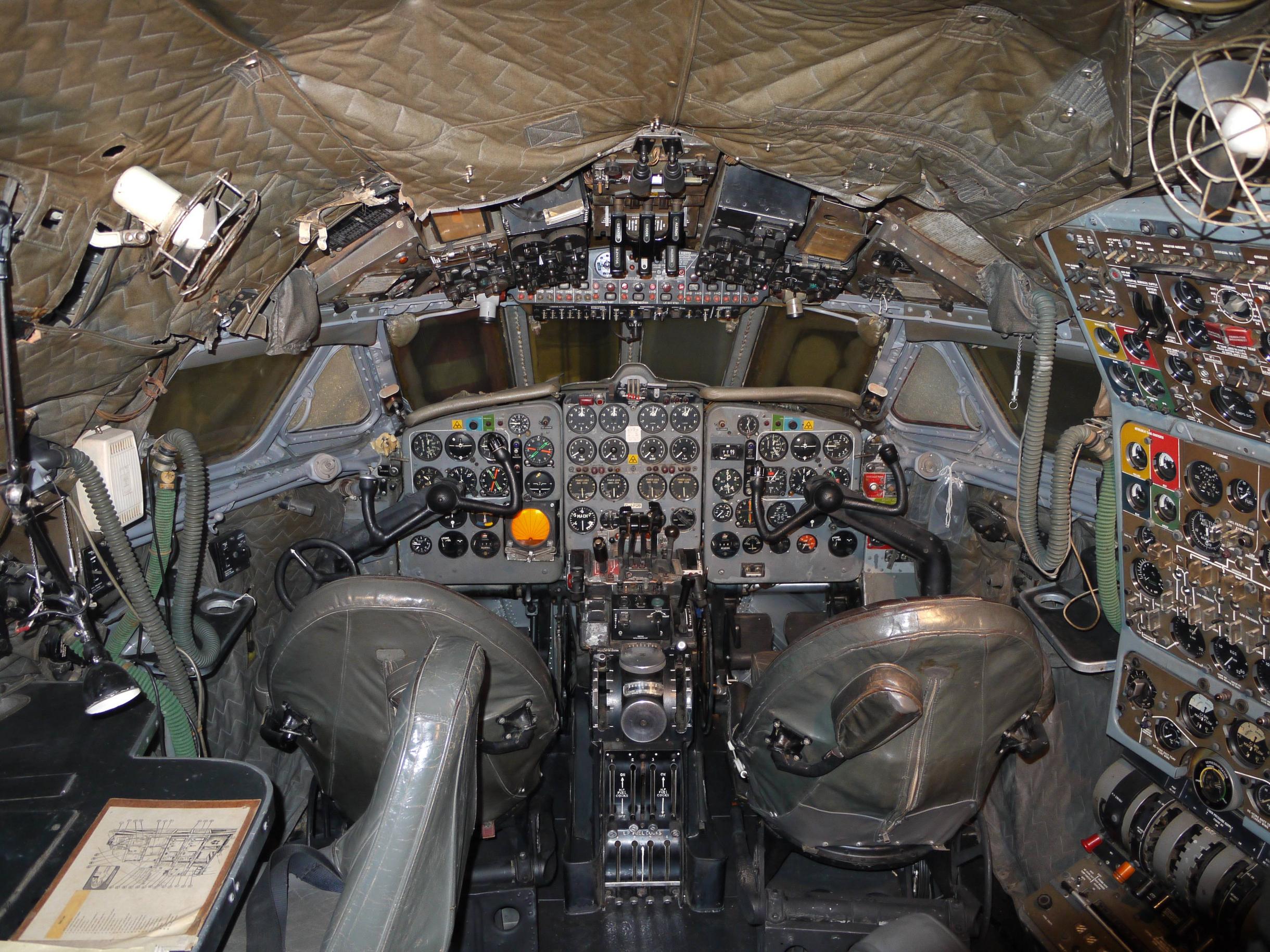 Instrument markings back then were painted with luminescent paint containing radium, so they would glow in the dark continuously without having to be energized by a light source.

You can buy luminous watches today with the same feature that use tiny vials containing tritium gas for each marking (much less radioactive than radium and produces negligible amounts of radioactivity, so the watch can't hurt you). These also glow 24/7, but tritium has a shorter half-life and they lose about half their brightness every 7 years or so.

The radium paint was mostly a danger to the women who painted the instrument faces, who would lick the brush tips to get a fine point and could potentially ingest enough radium to develop radiation poisoning.

The radioactivity warning signs may be perhaps a little bit of overkill since the actual radioactivity emissions aren't that high and most of the risk is from ingesting radium directly; it's advised to avoid opening an instrument and poking around without appropriate precautions (If people knew the amount of radiation they're exposed to just being out in the natural environment, they'd probably want to move into a lead house. I recall a story about a 3 Mile Island Nuclear employee who was setting off the radiation detectors at work while coming IN to work, not while leaving. From some kind of radiation exposure while off work.) .

4
How is the lighting panel of an Airbus A340 designed and how does it work?
4
Does the cockpit have an alarm to warn about fuel leakage?
23
Why does the Dassault Falcon 7X's cockpit have ashtrays?
24
Why does the Boeing 787 have fewer cockpit windows?
4
Why does the Comet's horizontal stabilizer have so much dihedral?
2
Why does the F-4's rear seat have a weather scope eyepiece?
5
Can you turn off the instrument panel lights?
15
Why does the Boeing 777X have a flight deck similar to the 787 and not to the previous 777?
9
Why do some aircraft have multiple switches for the landing lights?
7
What does the red background of some toggle switches in CRJ 700/900 overhead panel mean?