How does a variable-sweep-wing aircraft keep wing-mounted payloads straight?

So, a variable-sweep wing is an interesting design, but I am wondering: if the aircraft wing moves back or forward, then the payload's angle will also change. Is there a another rotating mechanism in the payload rack or wing to keep the payload straight?

For example, as demonstrated in this picture of a Tornado ADV where the red lines are payloads. When the wing goes back it also changes the angle of the payload, unless there is another mechanism to keep the payload straight. 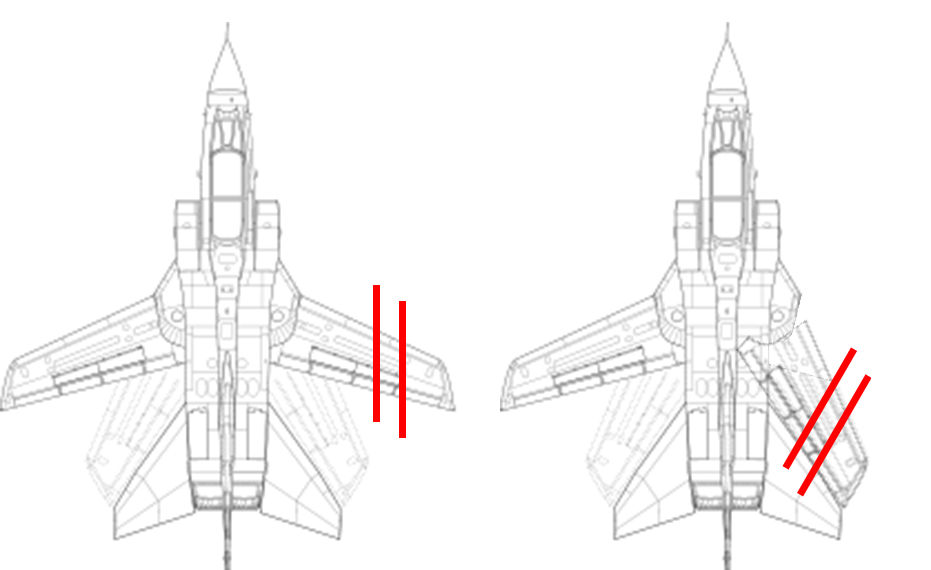 However, some might argue that payload isn't carried on the variable part of the wing, as on the F14 (See the link for reference).

But, there are numerous examples of aircraft that do carry the payload on the variable section of the wings, such as the Panavia Tornado ADV and Su-24 (see the links for references).

Mechanically this can be done using the simplest form of pantograph, as a hinged parallelogram with one end fixed to the fuselage and the other to the ordnance pylon. Or, I suppose you could implement a digital one.

So, the probable exploitation was that the payload is rotated to keep it straight. However, at first, I haven't found any photo/info on google to support that explanation.

But, I have found the answer to my own question. You can see the scratch marks generated by the movements of the racks (possibly pantograph) on the Panavia Tornado aircraft (for full size picture see the link1 and link2).

Those marks are not visible on majority of pictures available on the internet, I have found these pictures after spending a lot of time. 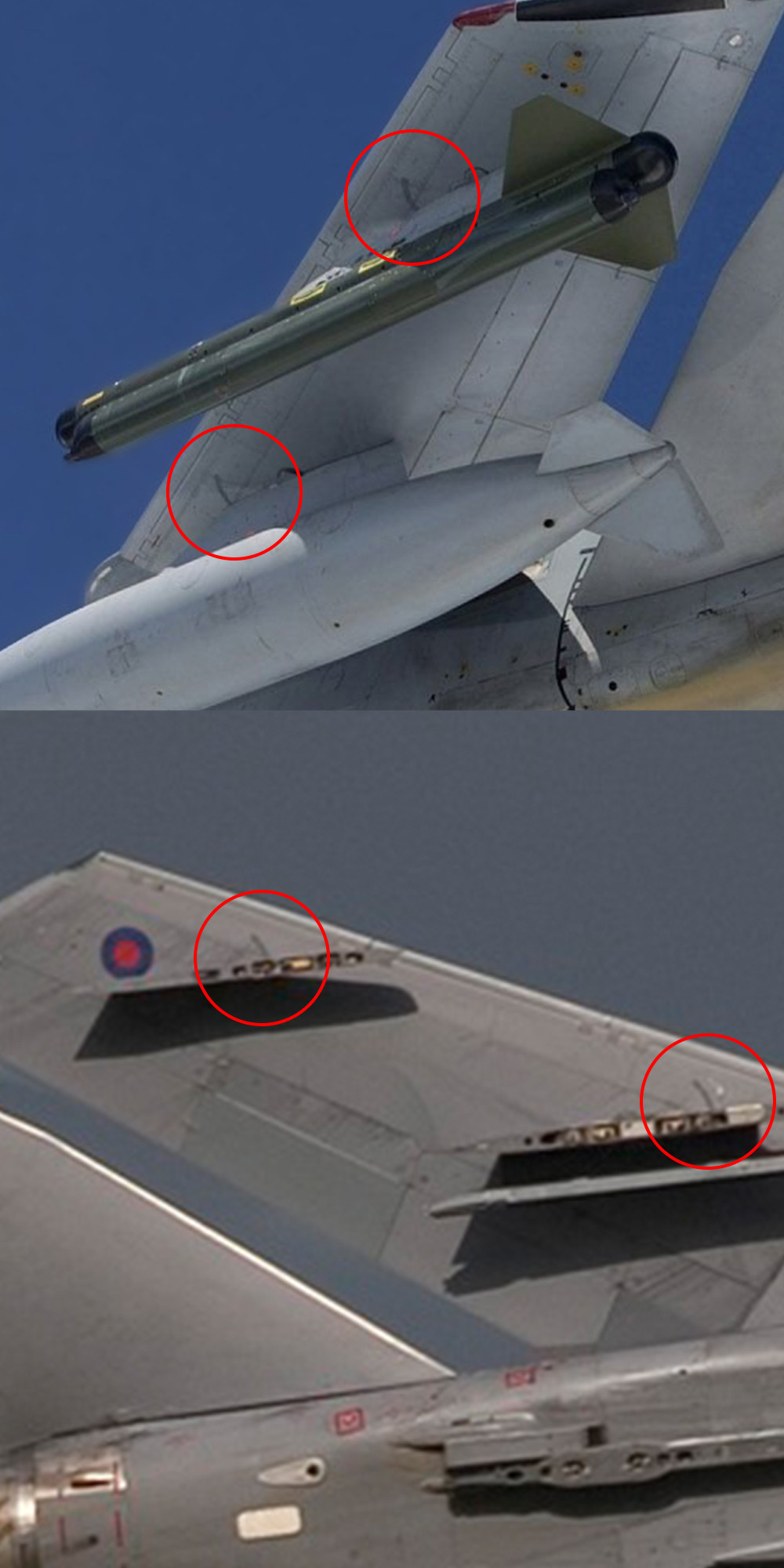 I was able to find this Panavia Tornado cutaway picture (took about 5 seconds): 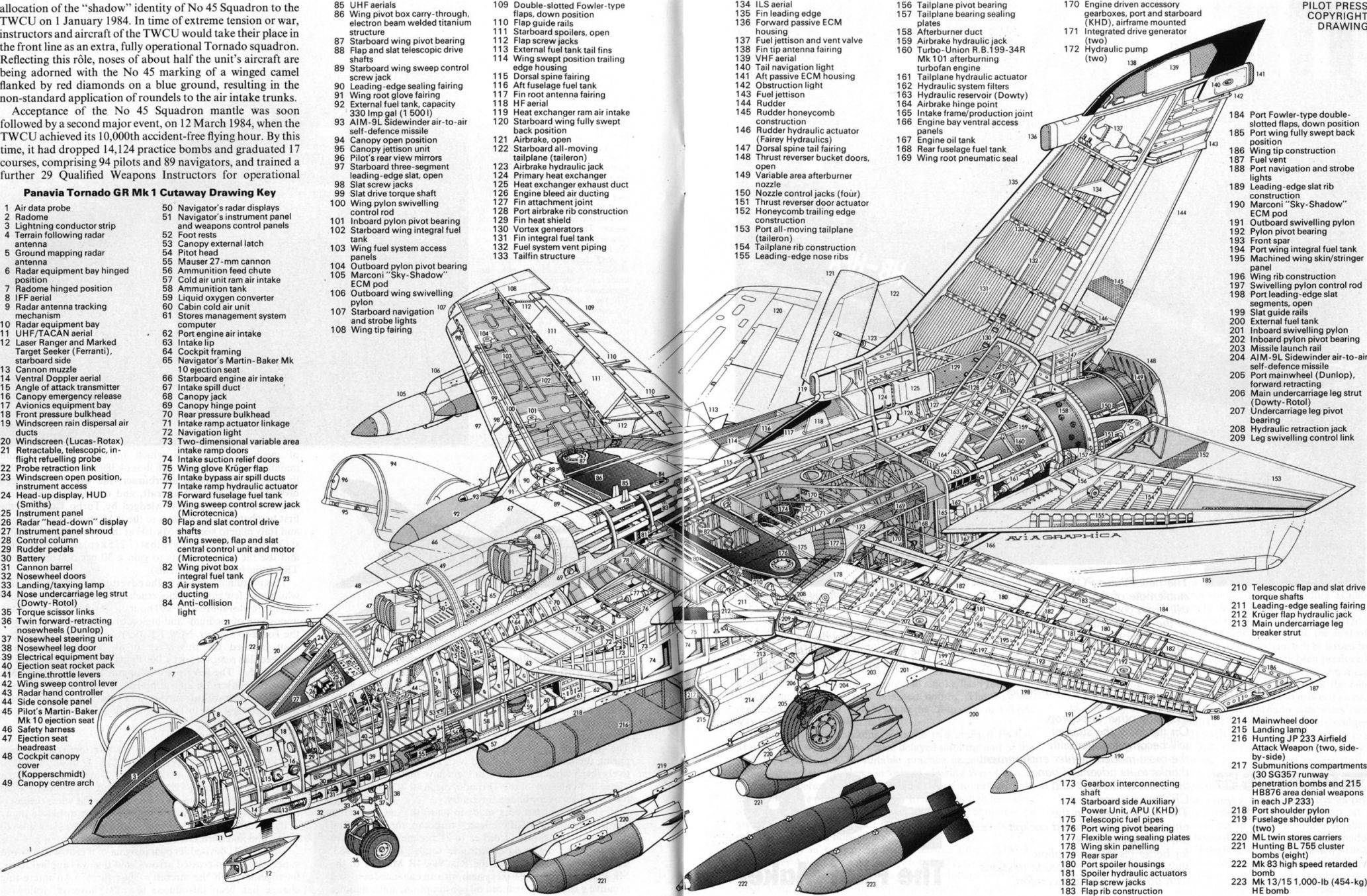 Inside the left hand wing you can see a part labelled 197, with notation "Swivelling pylon control rod". This rod is tied to the main body of the plane, and while the wing changes its position, the rod pushes the pivoting pylon to maintain pylons straight alignment.

Not the answer you're looking for? Browse other questions tagged aircraft-design wing-sweep payload or ask your own question.

8
Why does the hardpoint mechanism on sweep wings produce a contact trace in front of the axis?