Why are Stratolaunch's engines so far forward?

Stratolaunch's engines hang from pylons, not under the wing, but entirely forward of the wing's leading edge. (Even farther forward than, say, the 747's.) What benefit does this have, to compensate for the heavier pylons? 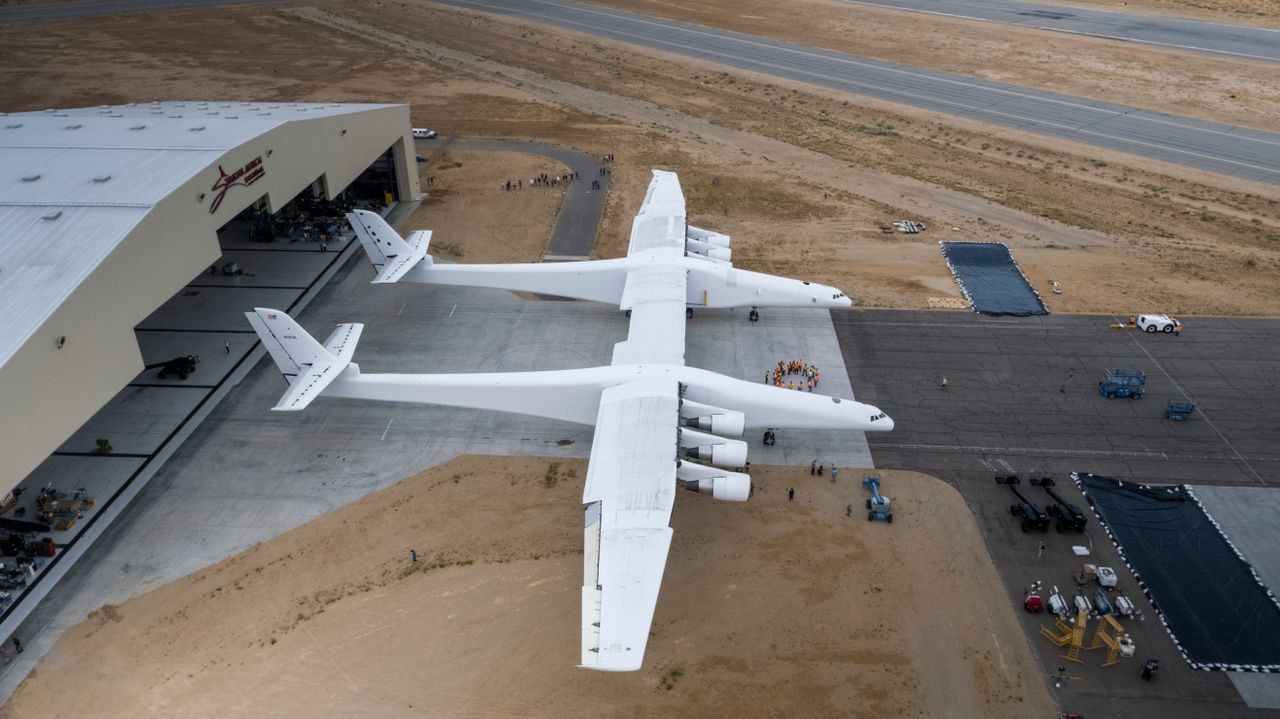 The forward location has two benefits:

I also suspect that the high wing on a high fuselage allows more vertical distance between engine and wing, so the exhaust stream will pass below the lowered flaps. The high turbulence in the exhaust stream would put additional loads on the flaps; to avoid this, Boeing uses exhaust gates or a gap in its trailing edge flaps. Such a gap would not be needed with the lower engine position of the Stratolaunch. However, to place them lower does not require to shift them forward, too.

Not the answer you're looking for? Browse other questions tagged jet-engine aircraft-structures scaled-composites or ask your own question.

9
How do you choose engine placement for under wings engines?
3
What are these parts on the wing of a Boeing 737?
0
On large aircraft, why do flaperons not run the full length?

6
Why are podded engines preferred over engines fitted inside the fuselage or wing?
6
How is the center of mass controlled in planes with multiple tail engines?
17
Why are modern regional jet designs shifting towards under wing engines?
8
Why are contra-rotating jet engines so rare?
8
Will manually removing nicks from compressor blades significantly affect the operation of the compressor?
33
Why don't 747s use unreliable, but cheap, jet engines instead?
6
What are the issues involved in converting a quadjet into a twinjet?
2
Why does the DC-8-70 have the same MTOW as the DC-8-60, despite its more powerful engines?
6
What adds more weight to a twinjet? Tail-engines or wing-engines?
7
Why does taxiing produce large lateral loads on the 747's engine pylons?