What is the relationship between fuel mixture, throttle setting and engine temperature?

I'm trying to understand the relationship between mixture, throttle, and engine temp. In this article from AOPA, it states

Could someone clear up for me what are the "primary points" so to speak with regards to engine temp that I should be aware of?

Further, does there exist a general graph somewhere with mixture, throttle, and engine temp on the x, y, and z axes, respectively? I might expect to see local maxima at full lean, full rich, and stoichiometric and local minima at I don't know where.

This image from Lycomings leaning instructions is likely what you are looking for: 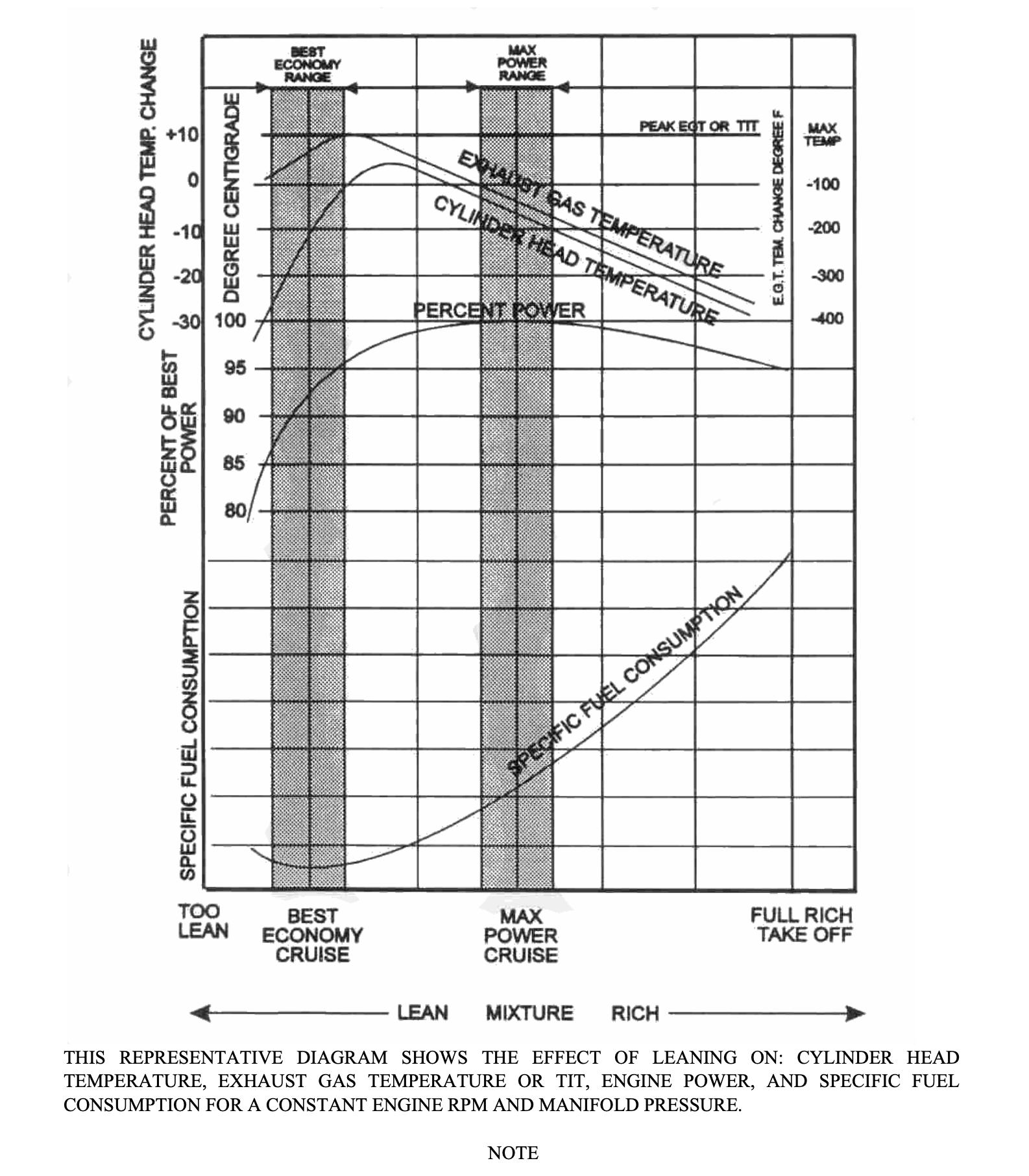 The misnomer may be that leaning always increases the temperature of the engine. If you start at full rich or something above peak lean temp, leaning the engine will cause the CHT and EGT to rise until it hits its peak. If you continue to lean beyond this the temperature will start to drop again, and rapidly, but so will the power generated and at some point you run the risk of simply cutting the engine out so generally you want to lean to "peak EGT" since thats as low as you are practically going to want to go (unless you want worse fuel economy while flying slower).

If you look at the chart you will see below peak EGT your specific fuel consumption will also start to increase again.

Broadly speaking you can also see that increasing the mixture within its general operating range has a cooling effect on the engine.

If you are flying GA planes I would say the primary points in regards to engine temp is simply:

If the gauge is creeping up, richen the mixture and consider reducing your angle of climb to increase airflow over the engine.

I don’t have the graph you are looking for, but we can reason this out.

If the mixture were 100% fuel and 0% air, it would be impossible for ignition to occur, so the temperature would be at a minimum. This explains what happens when you “flood” an engine by over-priming.

If the mixture were 100% air and 0% fuel, there is nothing to ignite. This is what happens when you pull the mixture knob/lever to IDLE CUTOFF at the end of a flight to kill the engine.

Ignition can happen between these two points, and temperature must rise when that happens, so we have a curve with some sort of peak in between and sloping down toward where the reaction fails on either side.

This peak temperature happens at the stoichiometric ratio between fuel and air. Having more fuel than optimal means you are running Rich of Peak (ROP), and having more air than optimal means you are running Lean of Peak (LOP). In both cases, the excess molecules (whether they be fuel or air) will be absorbing some of the heat and carrying it with them out the exhaust ports rather than letting it do useful work.