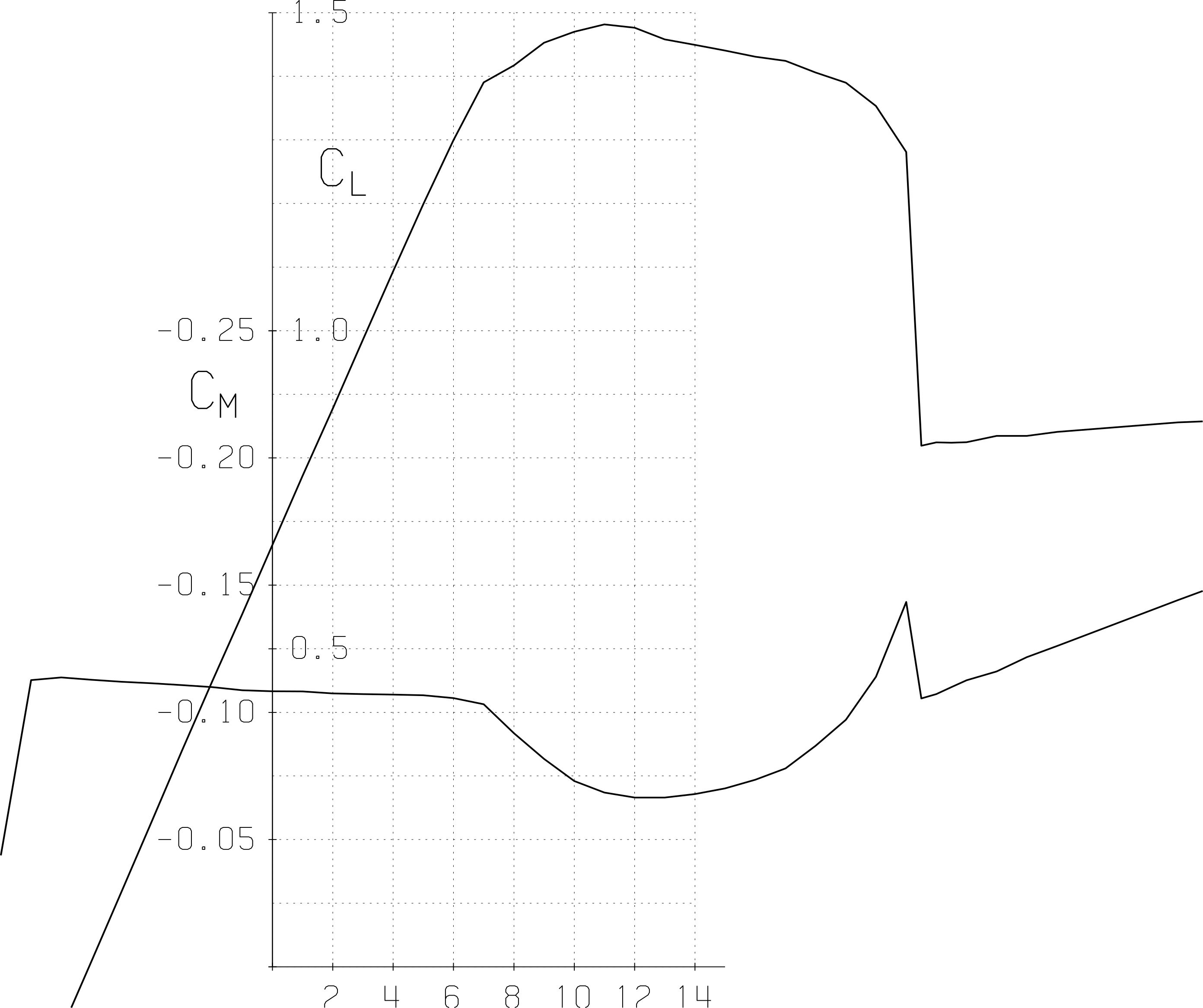 Analyzing this curve, and comparing it with this answer, it seems to me that we are in the presence of a trailing edge stall. In fact, after the stall angle ($\alpha_{stall} = 11.0°$), the decrease in the lift coefficient is gradual ... Then, however, at about $\alpha = 21°$ there is a sudden change in lift, as if a laminar bubble had "burst". Figure 2 shows the separated zone for $\alpha = \alpha_{stall} = 11.0°$. 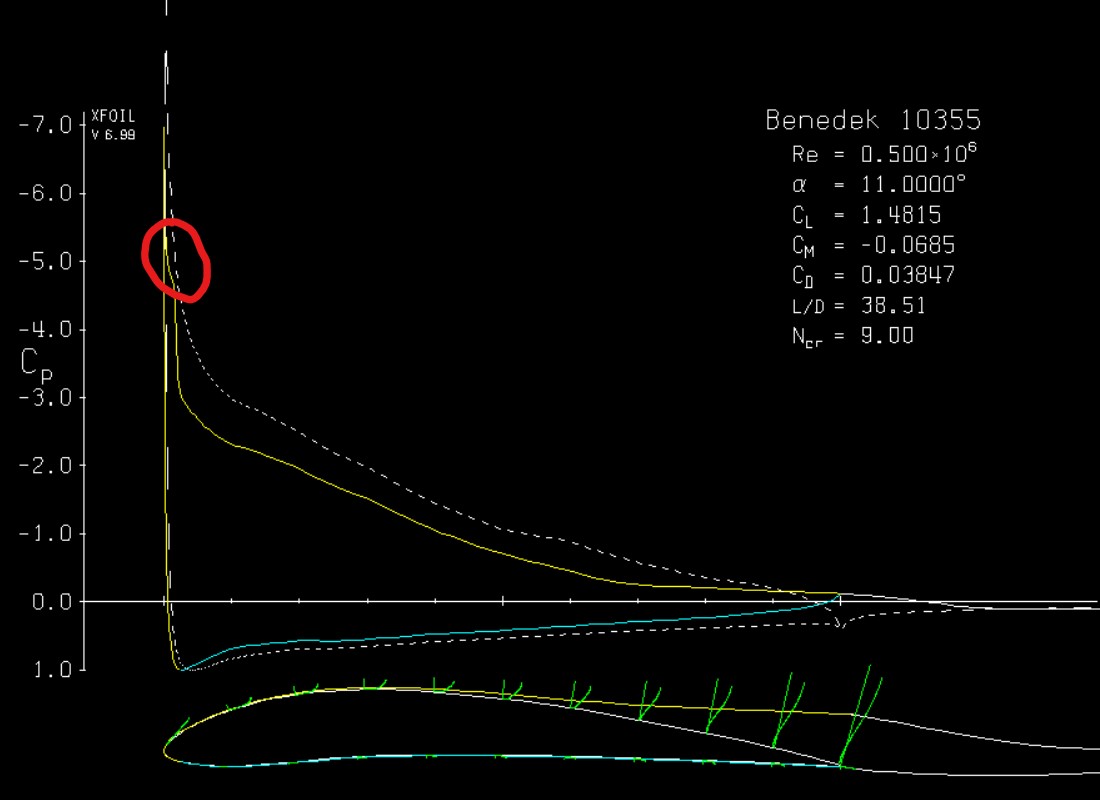 Looking at the pressure coefficient, there appears to be a laminar bubble very close to the leading edge (Figure 3). As the incidence increases, this bubble moves more and more towards the leading edge and, when $\alpha = 22°$, it "disappears". This makes me think that maybe at low incidences there is a trailing edge stall and then, going further, a leading edge stall ... Maybe I'm missing something? Thanks. 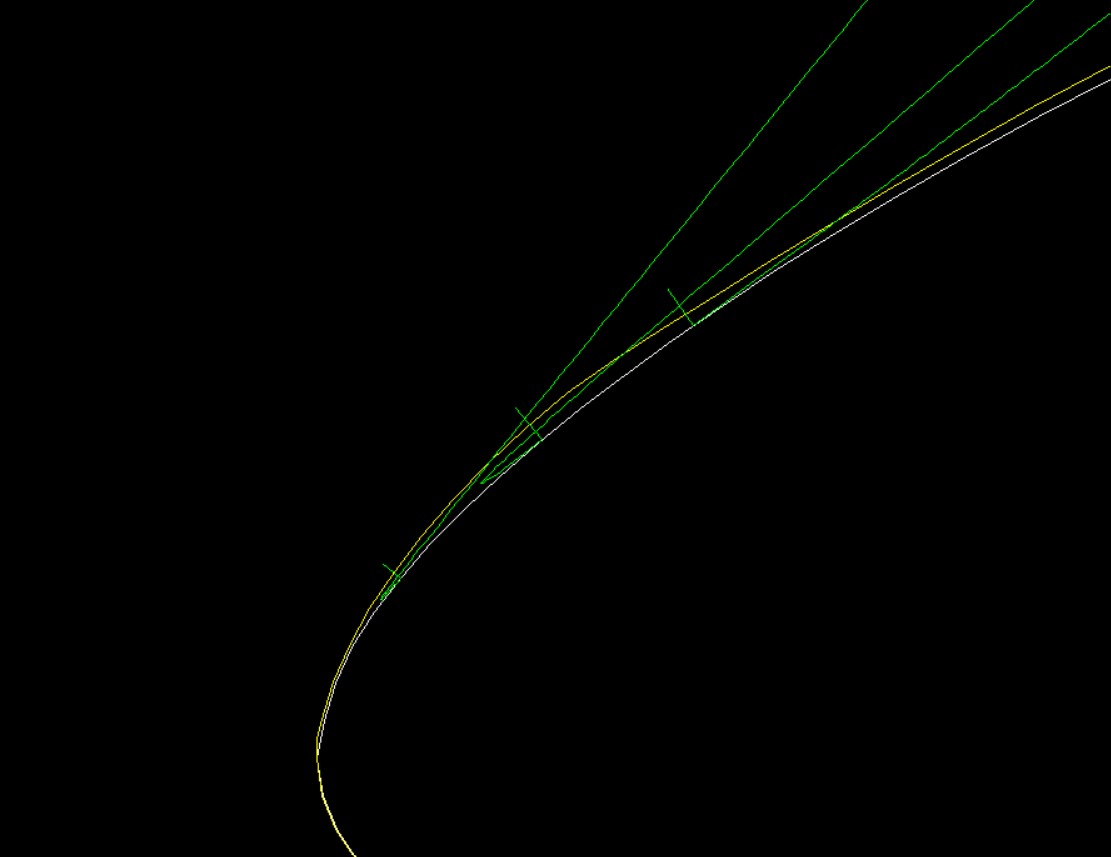 The Benedek 10355 clearly stalls with separation starting from the trailing edge.

There is some discussion whether a laminar-to-turbulent transition due to rising pressure will always involve a laminar separation bubble, however short. But that bubble does not constitute a leading edge stall.

XFOIL is not meant for flow simulation deep into the stall region. It does amazingly well to capture the initial stall but cannot possibly model the extended separated flow well into the stall accurately. I am actually surprised that it still produces converging results at such high angles of attack.

In short, I would not expect the XFOIL results above 12° AoA to model accurately what is happening in reality. Especially that sharp drop in lift at around 21° looks very much like the code settling on another solution but not something that can be expected in real life.

Not the answer you're looking for? Browse other questions tagged airfoil stall reynolds-number or ask your own question.

7
What are the conditions for an airfoil to be a "thin airfoil?"
3
Is it possible that as the Reynolds number increases, a laminar bubble increases in extension?

7
How does the use of Leading Edge Root Extension help in increasing stall angle?
2
What airfoil simulation software is suitable for a cut trailing edge?
5
How to read the pressure diagram of an airfoil?
6
What is the effect of flow separation on lift, pressure distribution and drag?
1
How to design the blade twist angle in propeller design?
3
What does leading edge radius mean?
4
Why does a sharp leading edge result in a larger pressure peak?
7
Why do aircraft stall warning systems use angle-of-attack vanes rather than detecting airflow separation directly?
3
Is it possible that as the Reynolds number increases, a laminar bubble increases in extension?
2
Could leading-edge dynamic stall occur for a tripped airfoil?