Why generation of lift is more at mid span of the wing? 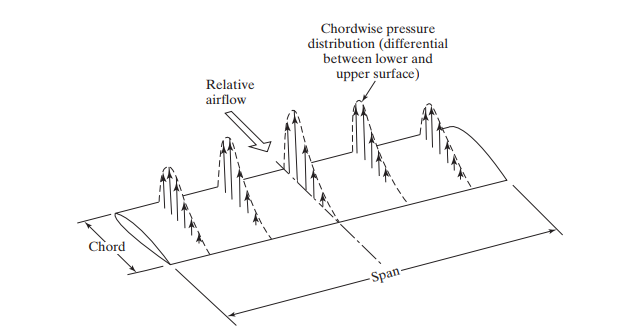 For the same condition like same density, wing area, free-stream velocity, From the above figure one can see more pressure differential and hence more lift at mid span of the wing? What causes this phenomenon? Is it due to influence of tip vortex?

The diagram might be a bit more clear if a fuselage were attached to one of the sides.

If that were the case, lift would be less on one side because of the fuselage is interfering with the air flow. Lift would be less at the other end due to washout (lowering of wing tip angle of incidence), and effects of higher pressure spilling from the bottom around the wing tip towards the lower pressure on the upper wing (vortex formation).

The airstream in the middle of the wing experiences neither of these two interferences, generating lift most efficiently.

This is why gliders favor very long (high aspect) wings, where most of the lift is like the "middle" of the diagram.

6
Why is induced drag less on a high span wing?
4
How does the aspect ratio of a wing impact its lift?
14
What amount of lift would be created in the fallacious "lift from equal transit time" theory?
10
Why do wall-to-wall airfoils in wind tunnels produce no (or infinitesimal) downwash?
1
Why local(section) lift coefficient(CLL) is higher near the wing tips compared to the root on untwisted tapered wings and untwisted swept(aft) wings?
0
Pressure Distribution Pattern around Wing
1
Why is a reduction in lift called 'drag'?
0
Why is the circulation around a centrifugal impeller blade tip the opposite to a wing tip?
1
Difference in lift generation for a swept wing and straight wing in subsonic condition