How do coefficient of lift/drag variation with speed differs between swept and unswept wings?

When the speed increases for a swept wing from subsonic to supersonic Mach numbers, the max CL is more or less? CL is more at supersonic and less for subsonic.

Comparing swept and unswept wings as angle of attack is increased the swept wing will produce less lift(this i understand) and more drag. Why more drag? Is it due to the span wise flow being greater?

It's not so simple.

For swept wings it is essential whether the leading edge is sub- or supersonic.

What does that mean?

If the leading edge is within the Mach cone emanating from the tip of the wing, it is called subsonic. The approaching air will "sense" what is coming and behave much like in subsonic flow. This avoids wave drag and keeps nose suction alive; an effect that can be maximized by the use of conical camber: Here, the leading edge is bent down similar to a cone surface with its apex at the wing root and the cambered part increasing towards the wing tip. This forward-facing part of the wing experiences suction which helps to pull the airplane forward. 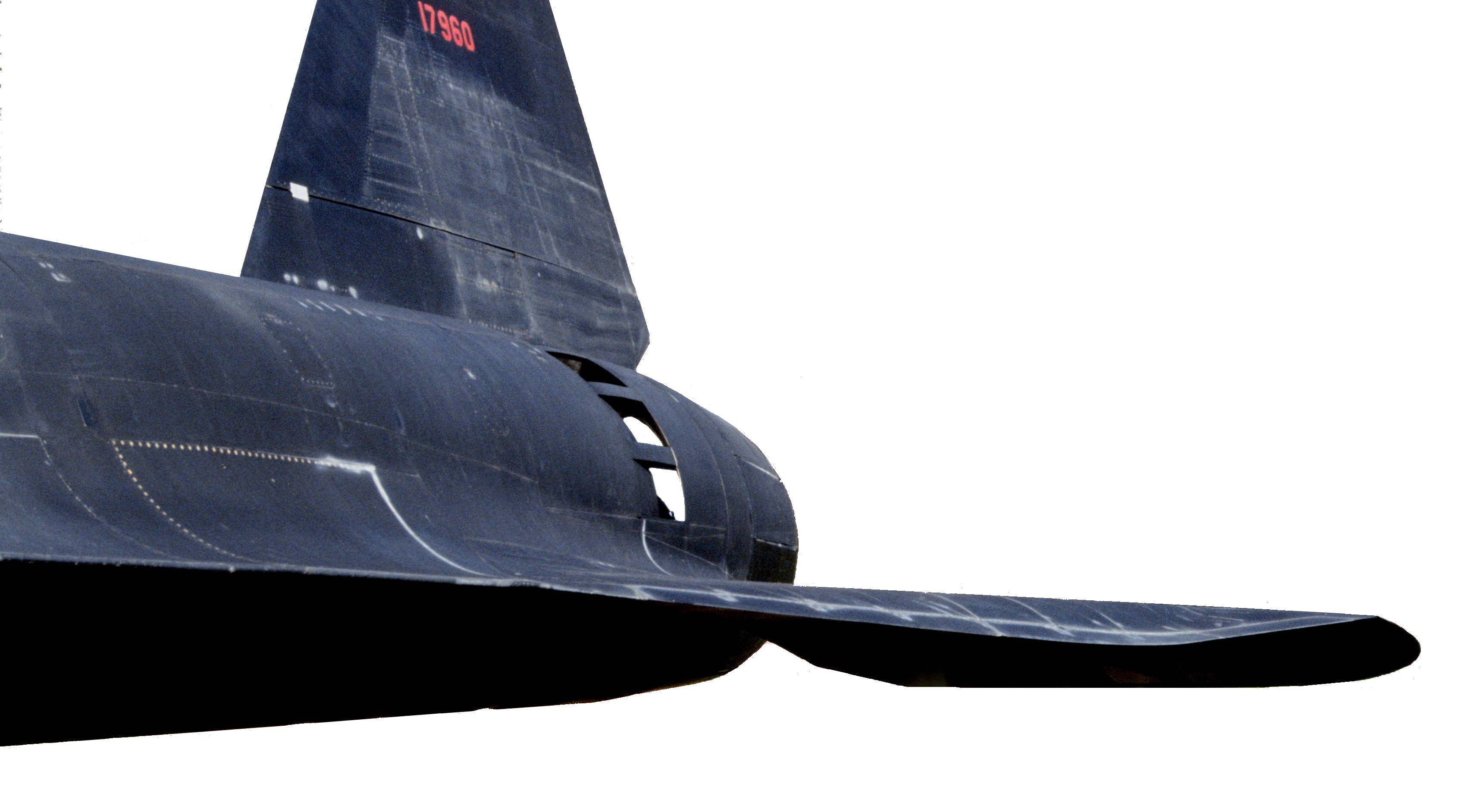 Conical camber on the wing of the SR-71 (own work)

Of course, such a swept wing with a subsonic leading edge will also stall quite like it does at subsonic speed. However, the drag caused by a fully supersonic wing is so much higher that the small benefit of a higher lift coefficient does still not make it attractive. The drag at those high lift coefficients is so high that any airplane will quickly decelerate to subsonic speed once it tries to reach those lift coefficients.

14
Why is the coefficient of drag for straight wings at supersonic speeds lower than for swept wings?

14
Why is the coefficient of drag for straight wings at supersonic speeds lower than for swept wings?
3
How can the zero-lift drag coefficient (parasitic drag) be calculated?
1
Why local(section) lift coefficient(CLL) is higher near the wing tips compared to the root on untwisted tapered wings and untwisted swept(aft) wings?
1
How does wing aspect ratio influence lift and drag?
3
Why do swept wings decrease the drag increase that occurs in transonic flows?
2
How does washout increase static pitch stability in subsonic swept wings?
1
Would supersonic bi/tri/multiplane wings have less lift interference drag than a subsonic version?
1
Difference in lift generation for a swept wing and straight wing in subsonic condition
6
How does the drag coefficient behave at transonic and supersonic speeds for swept wing aircraft?